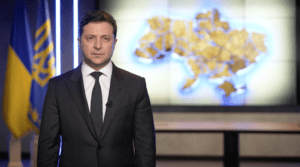 The talks with Russia have not brought the results desired by Ukraine just yet, Ukrainian President Volodymyr Zelensky said in a video address on Monday night.
“There is no result desired by us just yet. Russia declared its position, and we made an argument in order to stop the war. We received certain signals. When the delegation returns to Kyiv, we will analyze what we have heard and will decide how to proceed to the second round of negotiations,” Zelensky said. 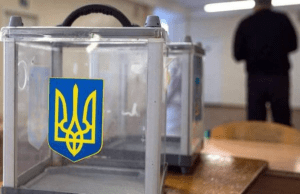 SHOWMAN VOLODYMYR ZELENSKY AND POROSHENKO GO TO SECOND ROUND OF PRESIDENTIAL ELECTIONS IN UKRAINE – EXIT POLL BY 112.UA AND NEWSONE 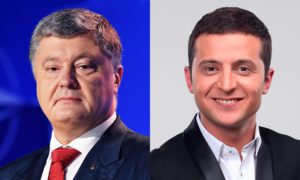 According to the exit poll conducted on the order of the 112 Ukraine TV Channel (112.ua) and NewsOne, showman Volodymyr Zelensky is leading in the presidential race with 30.7% of the votes, incumbent President of Ukraine gains 18.6%, while leader of the Batkivschyna party Yulia Tymoshenko has 13.9% of the vote.
According to the exit poll data as of 18:00 on Sunday, made public after the completion of voting in Ukraine, the top five candidates in terms of electoral support also included candidate from the Opposition Platform-For Life party Yuri Boiko with 10.3% of the votes, and leader of the Civil Position party Anatoliy Hrytsenko with 7.3% of the vote.
The all-Ukrainian exit poll on the order of the 112 Ukraine and NewsOne TV Channels was conducted by the Institute for Social Research and Consulting SORA (Austria) and the Ukrainian Center for Social Monitoring.
Some 26,548 people had been polled as of 18:00 on Sunday, the margin of error is no more than 2.1%.