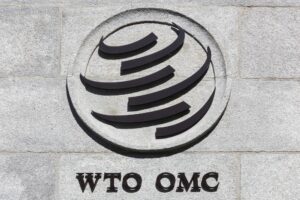 The World Trade Organization (WTO) has downgraded its forecast for global trade growth in 2022 from 4.7% (in the October version) to 3.0%, noting that the Russian war against Ukraine threatens the fragile recovery of world trade, the WTO report says. published on Tuesday.
The outlook for the global economy deteriorated after Russia’s invasion of Ukraine, “prompting WTO economists to reconsider their forecasts for world trade for the next two years,” the paper notes.
The organization now expects merchandise trade to grow by 3.0% in 2022, below its previous forecast of 4.7%, and by 3.4% in 2023. But these estimates are less accurate than usual because for the changing nature of the war, the authors of the review note.
“The most rapid economic impact of the crisis has been a sharp rise in commodity prices. Despite their small shares in global trade and manufacturing, Russia and Ukraine are key suppliers of essential commodities, including food, fuel and energy products and fertilizers, the supply of which is now Grain deliveries through the Black Sea ports have already been stopped, which could lead to serious consequences for the food security of poor countries,” the WTO said. 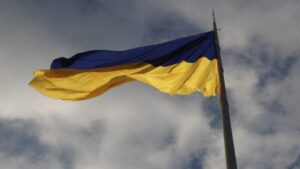 Ukraine has entered the Advisory Centre on WTO Law (ACWL), the Ministry of Economy said.
“On August 28, 2021, the protocol on Ukraine’s accession to the agreement on the establishment of the ACWL entered into force, our country has officially become a member of this international organization and can use its services,” the ministry said on the website on Monday.
The Ministry of Economy noted that membership in the center provides an opportunity to receive free legal advice on WTO law and free training services, as well as legal assistance during the resolution of disputes within the WTO for a lower fee than a fee to law firms on a commercial basis (with a 40% discount to the established hourly base rate).
The Advisory Centre on WTO Law is an international organization founded in 2001 to provide legal assistance to developing countries. The Consulting Center includes 12 developed countries and 39 WTO members that are developing. The Verkhovna Rada ratified the corresponding protocol on June 15, 2021.