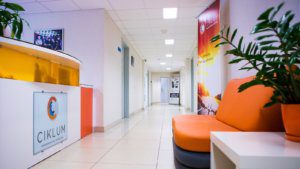 The founder of the Ciklum outsourcing company, Danish entrepreneur Torben Majgaard, has invested in Andriy Kolodiuk’s AVentures Capital venture fund, which invests in innovative companies at early stages, and became a financial partner of the fund, the press service of AVentures Capital has reported.
The invested funds will be used to finance globally oriented Ukrainian start-ups and IT companies of different stages of development.
“In addition to AVentures Capital, previously Torben Majgaard joined financial partners and other funds from America and Europe, and in Ukraine for the first time. This is the indication that the Ukrainian venture ecosystem is not only competitive at the global level but also increasingly attractive to the world’s entrepreneurs and investors. In addition to Torben Majgaard, AVentures Capital’s financial partners are also ourselves, managing partners, as well as IT entrepreneurs of Ukraine and the United States,” Managing Partner of AVentures Andriy Kolodiuk said.
The press service refused to disclose the amount of investment, but clarified that the matter concerns a seven-digit figure (in dollars).
Majgaard stated if investments in joint projects are successful, he is ready to invest even more.
AVentures Capital was founded in 2012. It invests in projects at early stages. It is focused on cooperation with global companies that have R&D in Ukraine and the countries of Central and Eastern Europe. The fund focuses on investments in IT, including such areas as software, e-commerce, cloud services, mobile technologies, IoT, etc. 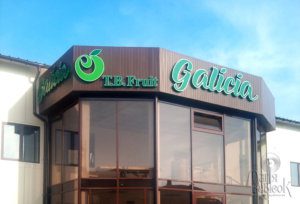 T.B.Fruit, one of the largest processors of fruits and berries in Ukraine, intends to invest EUR3-5 million in the launch of a mandarin processing plant with a capacity of 50,000-60,000 tonnes in Georgia by December 2018. “Mandarins will be processed in Georgia and imported to Ukraine. In late autumn this year we’ll start production. This will be the processing of 50,000-60,000 tonnes of mandarins,” group founder Taras Barschovsky told Interfax-Ukraine.
According to him, mandarin juice produced in Georgia will be bottled in Ukraine under the trademark Galicia.
The founder of the group pointed out that 35-40% of T.B.Fruit’s business is concentrated in Ukraine.
T.B.Fruit Group was established in July 2011, uniting all assets of Taras Barschovsky: Yablunevy Dar, T.B.Fruit Dwikozy fruit processing plant in Poland, Tank Trans Ukraine and Tank Trans Polska, which transport bulk cargo by road, and a fruit-growing complex, which includes apple-trees, cherry-trees, and strawberry and raspberry fields on 700 hectares.
T.B.Fruit Group owns eight juice concentrate plants in Ukraine, Moldova and Poland.
T.B.Fruit produces freshly squeezed juice under the Galicia trademark in Ukraine. 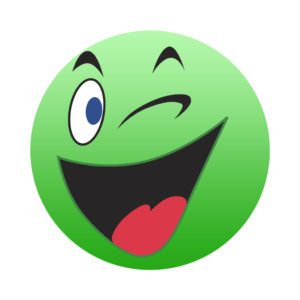 The largest online shop Rozetka.ua increased own sales (not taking into account external shops using Rozetka.ua as a marketplace) by some 40% in 2017, the founder and co-owner of the company Vladyslav Chechotkin told Interfax-Ukraine on the sidelines of the SUP Day Forum 2018 held in Kyiv on April 19.
“We are developing. We would like to do this faster,” he said. He found it difficult to predict what will be growth of sales in 2018.
Speaking at the Forum, Chechotkin recalled that since 2014, the company started working as a marketplace, offering its platform to external sellers. Now the company has over 2,000 external sellers.
He said that the share of stock keeping units (SKU) of external sellers at Rozetka.ua is growing, and it has reached 28%. Soon it would exceed 30%. The founder of the company said that in money terms these are other shares. Chechotkin said that for example, Rozetka.ua does not sell books itself, as they are too cheap.
He said that in general, the company has 193,790 SKU in its warehouses, while there are 1.6 million SKU on its website. The range of products was achieved thanks to the attraction of external sellers to the marketplace. He said that the main advantage of the company for them is traffic: 12 million people visit the website every day or use the mobile application. Rozetka.ua is actively advertising its services, being the largest advertiser online and one of the largest on TV.
The founder of Rozetka.ua said that some concerns during the implementation of the marketplace were associated with the risk of a decline in the quality of services, but they turned out to be in vain, since taking into account the strict control of the company for the marketplace participants, the NPS loyalty index is 3% higher than the Rozetka.ua has itself.
Chechotkin said, referring to the data of the TNS research conducted this year, that 63% of consumers visit Rozetka.ua before purchase, and every fifth starts searching from this website.
At the same time, he said that despite the fact that 71% of buyers are searching for goods online, 41% of them buy these goods offline. In this regard, the company’s founder said, it plans to develop its own retail network in Kyiv. 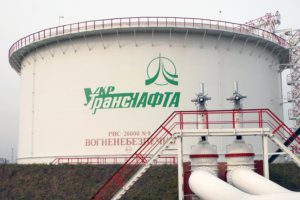 Public joint-stock company Ukrtransnafta increased net profit by 40.8% or UAH 620.408 million in 2017, to UAH 2.14 billion, the company has reported.
Net revenue grew by 8.1% or UAH 283.254 million, to UAH 3.788 billion, and gross profit increased 6.8% or UAH 117.325 million, to UAH 1.843 billion.
In 2017, Ukrtransnafta provided for transportation of 16.034 million tonnes of crude oil via its pipelines, including 13.937 million tonnes in transit mode to European oil refineries 1.247 million tonnes extracted in Ukraine and 850,000 tonnes of imported oil to Ukrainian oil refineries.
“Compared with the same period last year, transportation volumes increased by 5.3%, which is linked to an increase in the volume of oil transit to the EU by 0.8% (in particular, towards the Czech Republic, where early 2016 repairs were carried out at a local refinery) and the resumption of transportation of imported oil towards the Kremenchuk oil refinery in March 2017,” the company said.
Ukrtransnafta, 100% of whose shares are in the trust management of Naftogaz Ukrainy, is the operator of the national oil transportation system.
Ukrtransnafta’s trunk oil pipeline system, which includes pipes from 159 mm to 1,220 mm in diameters, stretches 4,767 kilometers and through 19 Ukrainian regions. It has annual capacity to accept 114 million tonnes for shipment and to supply 56.3 million tonnes to Europe.