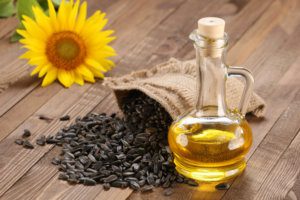 Ukroliya (Poltava region) is preparing first batches of organic unrefined oil (around 500 tonnes) for exporting them to the Netherlands, Lithuania, France and Switzerland. “So far all our organic products are exported,” Head of the Ukroliya Organic Project, Head of the raw materials supply department of Ukroliya LLC exporting Maksym Turko said on the sidelines of the second international congress Organic Ukraine 2018. According to him, the plant Ukroliya Organic in the near future will launch a line for packaging of organic oil, which will be sold in Ukraine.
“The products, which will soon appear on the shelves of Ukraine’s retail networks, we will be packed under the Garna Organic trademark,” Turko said.
As reported, in November 2017, Ukroliya invested about UAH 50 million in the new Ukroliya Organic plant for production of organic oil in the settlement of Dykanka in Poltava region. Ukroliya was founded in 2001. The company produces and sells bottled and bulk sunflower oil, sunflower meal and husk.
The company said that its share of the Ukrainian bottled sunflower oil is around 15%. Ukroliya exports products to over 40 countries. According to the unified register of legal entities and private entrepreneurs, the ultimate beneficiaries of the company are Bohdan Yesypov, Vadym Shvachka and Yuriy Shevchenko 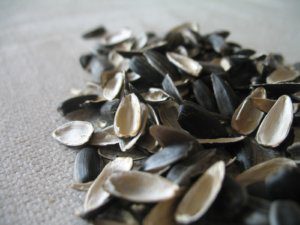 Agroliga group of companies (Kharkiv region) has launched a new project in the field of bioenergy, according to its report on the website of the Warsaw Stock Exchange. According to the report, on March 12, 2018 the founders decided to register a new enterprise, AGL Energy LTD, whose core business will be production and sale of electricity at a feed-in tariff.
The processed materials, in particular sunflower husks, obtained from production of vegetable oil at the group’s factories, will be used as biofuel for energy production.
The share of Agroliga in the capital of the new enterprise is 50%. Agroliga has been operating in the Ukrainian agricultural market since 1992. Its enterprises are engaged in growing grains, processing sunflower seeds and dairy farming. The group cultivates about 10,000 hectares of land. The capacity of the oil extraction factory for processing sunflower is 35,000 tonnes per year. 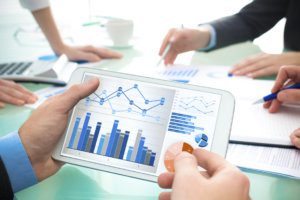 PJSC Farmak, the Ukrainian pharmaceutical producer, saw its net profit rise by 29.91%, to UAH 839.09 million in 2017 against UAH 677.202 million in 2016, the company reported in the information disclosure system of the National Commission on Securities and the Stock Market. The company shareholders plan to discuss the results of the company’s work at a general meeting scheduled for April 19. The company’s assets for the period increased by 11%, to UAH 4.86 billion.
According to the state register, the ultimate beneficiary owner of PJSC Farmak is head of its supervisory board Filia Zhebrovska. As reported, in 2017 Farmak increased sales in the retail pharmaceutical market by 21% in monetary terms.
PJSC Farmak is a Ukrainian manufacturer of medicines at the European level, the leader of the pharmaceutical market of Ukraine in terms of sales. Farmak exports products to 20 countries. The company’s portfolio includes 220 product dossiers. Annually the company brings up to 20 new products to the market.

Vedecko-vyskumna A.C. logistics company (Slovakia) is interested in the restoration of the full-fledged work of Uzhgorod International Airport.
According to the press service of Zakarpattia Regional State Administration, its head Hennadiy Moskal held a meeting with the leadership of Vedecko-vyskumna A.C., which was conducted by former Ukrainian MP Serhiy Moshak.
During the meeting, the head of the regional administration noted that after the termination of the relevant interstate agreement between Ukraine and Slovakia, the airport serves aircraft only in line of sight.
“Since UkSATSE’s equipment installed in Uzhgorod is obsolete and does not meet the requirements of the European Union, there is practically no hope of re-signing an interstate agreement between Ukraine and Slovakia, Therefore the timeliest launch of a full-fledged work of the airport is possible if it is taken into concession by a company from the EU. The only condition of Zakarpattia Regional State Administration and the regional council for concessionaires in case of successful resolution of the issue is the restoration of regular air service between Uzhgorod and Kyiv,” the report says.
President of the Slovak company Robert Spisak noted if the project is implemented, at the initial stage it is ready to launch three weekly flights to Bratislava, Uzhgorod, Kyiv, and in future to introduce flights from Uzhgorod to Budapest, Vienna, Prague, and the resorts of Turkey, which are very popular during holidays.

If presidential elections in Ukraine were held at the end of February 2018, the most number of votes would be received by Batkivshchyna Party leader Yulia Tymoshenko – 24.6% of all surveyed who planned to vote and selected a candidate.
According to the poll conducted by the Kyiv International Institute of Sociology (KIIS), 15.5% of respondents said they would vote for Radical Party leader Oleh Liashko, 9.8% for incumbent Ukrainian President Petro Poroshenko, 9.7% for Opposition Bloc leader Yuriy Boiko, 9.5% for leader of the Za Zhyttia (For Life) Party Vadym Rabinovich.
Some 4.9% of respondents favored Lviv Mayor Andriy Sadovy, 3.9% gave their votes for Ukrainian Prime Minister Volodymyr Groysman, 3.8% for Svoboda Party leader Oleh Tyanhybok
The poll was taken from February 5 to February 21, 2018 “at the instructions of a client.” Some 2,043 persons living in 110 towns and cities across Ukraine’s regions (except in Crimea) were surveyed. Only areas under Ukrainian government control in Luhansk and Donetsk regions were included.
The statistical margin of error does not exceed 3.3% for indicators close to 50%, 2.8% for indicators close to 25%, 2.0% for indicators close to 10%, and 1.4% for indicators close to 5%. 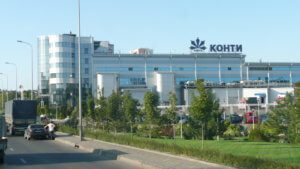