TURBOATOM HAS FOUR TURBINES FOR TPPS READY FOR SALE – CEO 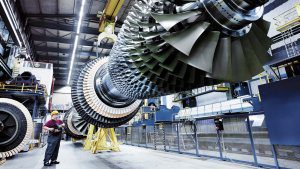 KHARKIV. Sept 29 (Interfax-Ukraine) – Turboatom has four turbines ready for sale for thermal power plants (TPP), Director General of PJSC Turboatom (Kharkiv) Viktor Subotin has said.
“The company had no orders for thermal power plants during the last two years. There are four turbines for thermal power plants [two turbines of 300 MW and two turbines of 200 MW]. They were paid for several years ago,” Subotin said during the national meeting “The strategic directions of machine building development in Ukraine: from regional initiatives to the national industrial policy” in Kharkiv.
According to him, the enterprise is ready to supply them to TPPs and is ready to consider flexible payment terms, “understanding that there are certain difficulties in financing.”
“The supply of these units will provide another 30 years of operational capabilities and a 10% increase in capacity at thermal power plants,” the company CEO said. 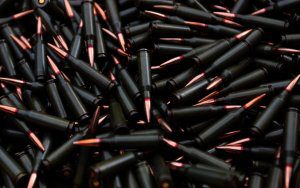 KYIV. Sept 29 (Interfax-Ukraine) – A new ammunition plant in Ukraine could be created in international cooperation, Deputy Economic Development and Trade Minister of Ukraine Yuriy Brovchenko has told Interfax-Ukraine.
“Today we are holding talks [on the project] with Stiletto: we want to hear their proposals next week how they see their role in the process, their conditions [for cooperation] and do our best to help them to work in Ukraine,” he told Interfax-Ukraine at the First Ukrainian Forum of Private Defense Enterprises in Kyiv on Thursday.
“This is one of the options. We are open for everyone,” he said.
Brovchenko said that today the plans to create an ammunition production facility in Ukraine are being implemented in several directions.
“First, the Defense Ministry will organize an assembly facility at its enterprises. This is one direction,” he said.
He said that the organization of production cooperation in ammunition production with the participation of the Ukroboronprom State Concern has started.
“Today we have signed contracts to organize production of large caliber ammunition at one of the Ukroboronprom’s enterprises,” he said.
In addition, cooperation in production of small-caliber ammunition has been organized at Fort research and industrial association (Vinnytsia), Brovchenko said.
He said that organization of the closed cycle ammunition production is not appropriate at one enterprise: this is the sectoral cooperation with participation of key players of the Ukrainian ammunition sector.
As reported, British-based Stiletto Systems Ltd. jointly with Canadian-based MAGNUM in summer were considering the possibility of participating in a tender of the Economic Development and Trade Ministry to create a new production of shooting and artillery ammunition in Ukraine. The alliance is ready to design and build a ammunition plant with an annual capacity of up to 100 million bullets within two years. 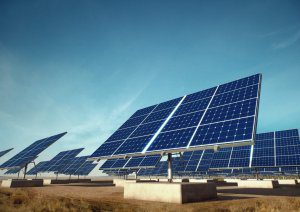 KYIV. Sept 28 (Interfax-Ukraine) – The UDP Group seeks to start building two solar power plants in Kherson and Odesa regions in Q4 2017, the company’s press service has reported.
The press service said that the capacity of the plant in Kherson region will be 17.5 MW and in Odesa region – 10 MW.
In addition, UDP plans to boost the capacity of its power plant in Dymerka, Kyiv region, from current 6 MW to 50 MW in 2018.
In coming five years UDP seeks to invest $300 million in renewable energy.
As reported, a majority shareholder in the UDP Group is Ukrainian businessman Vasyl Khmelnytsky. 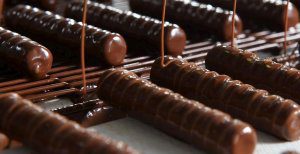 KYIV. Sept 28 (Interfax-Ukraine) – Public joint-stock company Konti industrial association (Donetsk region), a large Ukrainian confectionary company, has resumed production of Bonjour Konti desserts, Chantal and BizKonti tartlets launching the line at Kostiantynivka confectionary factory.
According to a company press release, there are no similar lines in Ukraine. Its monthly capacity is 200 tonnes of products.
All production is automated. Ukrainian and imported raw materials are used in production.
The company said that it plans to bring Bonjour Konti dessert to foreign markets.
“We want to sell Bonjour Konti dessert in the EU (Latvia, Lithuania, Poland, Romania and Germany), the United States, Iran, Iraq, Israel, Georgia, Moldova, Armenia, Azerbaijan and Belarus,” the company said.
Konti was founded in 1997. Its main production assets are located in Donetsk, Kostiantynivka, Horlivka confectionery factories (Ukraine), and two factories in Kursk (Russia). Its main brands are Bonjour Konti Amour, Timi, SuperKontik, Belissimo and others.
The main beneficiary of Konti is Borys Kolesnikov. 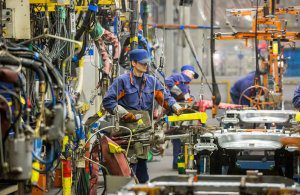 KYIV. Sept 28 (Interfax-Ukraine) – The self-rescuers plant of DEZEGA opened in Izmir (Turkey) last week seeks to reach the projected annual capacity of 120,000 self-rescuers in 2018.
The company’s press service told Interfax-Ukraine that the new plant is to supply the products to the markets where earlier Donetsk rescue equipment plant located on the uncontrolled territory of Donetsk region supplied its equipment. Deliveries from the Donetsk plant were stopped early March over the blockage of the area.
“The new plant is to supply products all over the world. Turkey was selected including thanks to convenient logistics to African, Asian countries and Australia. Of course, the Turkish market is attractive for us. The company pays much attention to increasing safety standards,” the press service said.
The company did not specify investment in the new plant, adding that these were own funds of DEZEGA and Turkish capital. No money was borrowed.
Commenting on competition on the markets, the company said that there are few specific local rivals. DEZEGA competes with the same European and U.S. producers on most of the markets. Recently Chinese producers were attacking the markets.
The company also has a production site in Russia – YuZSO LLC.
“The enterprise is operating. It focuses on the Customs Union markets – Russia, Belarus, Kazakhstan and the CIS states,” the press service said. 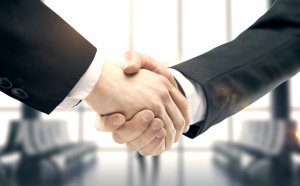 KYIV. Sept 28 (Interfax-Ukraine) – The seventh round of talks between Ukraine and Israel on signing of the free trade agreement was held in Tel-Aviv. The sides reached preliminary agreements on the liberalization of the industrial goods markets, the Economic Development and Trade Ministry of Ukraine has reported on its website.
“We conducted an intensive round with Israel and worked on the most important issues linked to the liberalization of the goods markets and approved the relevant provisions of the draft agreement,” the ministry’s press service said, citing Deputy Minister of Economic Development and Trade, Ukraine’s Trade Representative Natalia Mykolska.
She said that according to the exports strategy Israel for Ukraine is the market to focus on.
The ministry said that now exports of Ukrainian goods to Israel shows confident growth: in seven months through July 2017 exports of goods from Ukraine to this country totaled $345.7 million, which is 25.6% more than a year ago.
Mykolska said that the future joining of Ukraine the Regional Convention on pan-Euro-Mediterranean preferential rules of origin (PEM Convention), and Israel is the contracting party of the convention, would allow Ukrainian goods to become a part of global chains of added value.
As reported, Ukraine could join the PEN Convention on January 1, 2018.