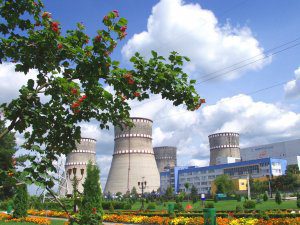 “The work has been started. At the end of the summer I signed the contract with Bank of America Merrill Lynch… We are waiting for receiving the funds, finishing this work within one year as planned,” he said.

He said that Energoatom Vice President for Economy and Finances Aidyn Aisin is staying in the United States where he is organizing the preparations for a technical, economic and environment audit.

Nedashkovsky said that Energoatom finances the works to build the spent nuclear fuel storage facility using funds foreseen in the electricity transmission tariff set by the National Commission for Energy, Housing and Utilities Services Regulation (NCER). Works carried out by Holtec and Atomprojectengineering are financed.

He said that at present the examination of the project and the preliminary facility safety report are being finished.

He said in early October 2016 Ukraine’s Cabinet of Ministers changed the intended end-use of land parcels located in the Chornobyl zone to build the facility.

“Here [land and construction works] there is a delay that we estimate will last some nine or ten months. We will actively work on cutting the gap and supply first containers to the facility site in 2018,” he said.

GERMAN-UKRAINIAN CHAMBER OF COMMERCE AND INDUSTRY OPENS IN KYIV 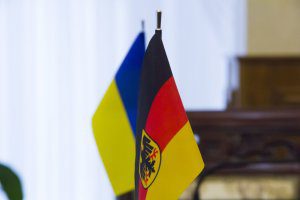 KYIV. Oct 12 (Interfax-Ukraine) – The Ukrainian-German Chamber of Industry and Commerce was officially opened in Kyiv on Tuesday by Deputy Prime Minister of Ukraine Hennadiy Zubko and State Secretary at the Federal Ministry for Economic Affairs and Energy Matthias Machnig.

“The German-Ukrainian Chamber of Industry and Commerce is another important element in a large mosaic of bilateral relations and contacts between the two countries, which are constantly expanding and intensifying,” Machnig said.

He stressed that Germany believes in Ukraine and continues to provide financial and technical assistance to the country.

He also called on Ukraine to continue reforms, in particular the land reform, which will allow foreign investors to strengthen their presence in the country.

As reported, the agreement to set up the German-Ukrainian Chamber of Industry and Commerce was signed in Berlin on October 23, 2015, and ratified by the Verkhovna Rada on March 16, 2016.

The chamber will coordinate economic operations of its members, present their interests and provide services to them, support companies and organizations that are not chamber members.

Managing Director at BASF Ukraine Andreas Lier has become president of the German-Ukrainian Chamber of Industry and Commerce. It consists of five committees – that on industry, banking and financial services, tax and accounting, construction industry, energy efficiency and law.

The chamber is integrated into a worldwide network of German Chambers of Commerce abroad, which consists of 130 offices in 90 countries. The umbrella organization of the chambers is the German Association of Chambers of Industry and Commerce (DIHK). 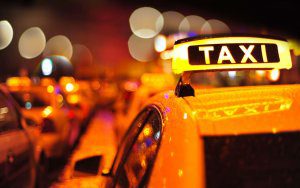 KYIV. Oct 11 (Interfax-Ukraine) – Fasten taxi service, working in the United States, in August 2016 signed an agreement with Kyiv taxi service Red Taxi to purchase 100% of its assets, and has already bought them.

According to the press service of the Kyiv company, the Red Taxi brand will not change, but the marketing strategy will undergo significant changes, and the company will amend business processes and standards of work with drivers.

The sum of the transaction has not been disclosed.

Red Taxi has been operating in the Ukrainian capital since 2013. During this time more than 5 million passengers have used its services.

Fasten is an international service for transportation order. It is available in Austin and Boston.

U.S. HEWLETT-PACKARD COULD COOPERATE WITH UKRAINE IN SPACE INDUSTRY 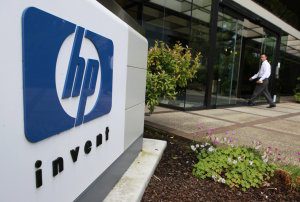 According to the press service of the State Space Agency of Ukraine, the prospects of mutually beneficial cooperation between Hewlett-Packard and Ukrainian space industry enterprises were discussed by Acting Head of the State Space Agency Yuriy Radchenko and Sales Director of Hewlett-Packard Enterprise Philippe Trautmann in the framework of the Kyiv International Economic Forum.

“The parties discussed the possibility of mutually beneficial cooperation in the sphere of high technologies and the importance of combining the capabilities of the IT company with the needs of the space industry,” the report states.

Following the talks, the HP representative invited the head of the Ukrainian Space Agency to visit the HP plant in Houston (the United States) and get acquainted with the production facilities of the company, the press service said.

Hewlett-Packard (HP) is the largest American company in the field of information technology and cybernetics, a provider of hardware and software for organizations and individual consumers.

KYIV. Oct 11 (Interfax-Ukraine) – Businessman Vasyl Khmelnytsky’s K.Fund is looking for an investor to build a sugar refinery to produce sugar syrup from wheat.

“If we manage, we’d like to build a factory next year to process wheat into flour, then flour into gluten, which will be used to produce sugar syrup. This is a very sophisticated production,” Khmelnytsky said at the Kyiv International Economic Forum on Friday.

According to him, sugar syrup is a sugar substitute used in particular in the confectionery industry.

“They [confectioneries] do use sugar directly – they use sugar to make syrup out of it and then only then it is used in production,” Khmelnytsky said.

K.Fund was founded by Ukrainian businessman Khmelnytsky in 2015 to support education and economic projects. 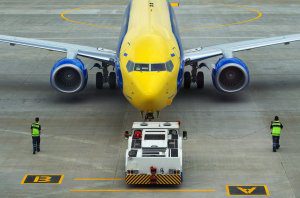 KYIV. Oct 11 (Interfax-Ukraine) – Ukrainian airlines saw a 26.6% rise in passenger transportation in January-September 2016 year-over-year, to 6.191 million people, according to data from the State Aviation Service of Ukraine.

Passenger flow on international flights grew by 15.4%, to 8.451 million people.