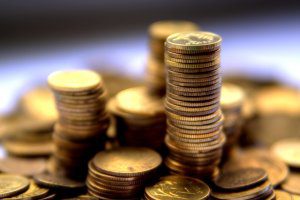 KHARKIV. Aug 3 (Interfax-Ukraine) – Ukrainian Prime Minister Arseniy Yatseniuk has instructed local governments to suggest their investment projects to the government which will be financed by the state in 2016.

“The government issued instructions that you should start to prepare investment and infrastructure projects for 2016,” Yatseniuk said at a meeting of the government with heads of regional administrations of eastern and southern regions, which was held in Kharkiv on Friday.

He said that the government had changed its procedure on the selection of investment projects which would use public funds.

Yatseniuk said that according to the changes to the Budget Code, local budgets would be passed by local authorities without waiting for the adoption of the state budget. He also instructed regional administrations to participate in the preparation of local budgets.

“Don’t wait. You already have got a clear picture [of the situation] in the past seven months, you can begin to forecast your budgets as soon as possible, so that you should have the approved budgets in November or December,” he said.

For the first time, new principles of public investment management will be used in the formation of the draft national budget for 2016. The selection of projects is scheduled to begin in July 2015, and the first meeting of the commission will be held in September. The procedure of project selection provides for conducting state examination, a clear economic justification, and determining the expected economic effect. 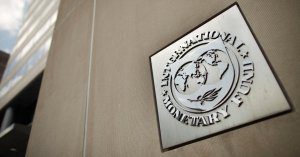 KYIV. Aug 3 (Interfax-Ukraine) – Ukraine’s Prime Minister Arseniy Yatseniuk has said that the second tranche, $1.7 billion, of the International Monetary Fund (IMF) loan, due to arrive in next few days, will be used to fill the gold reserve of the National Bank of Ukraine.

“Back in February our reserves of the National Bank stood at just $5.6 billion, and this whole amount disbursed by the IMF will go into the National Bank’s gold reserve,” he said on the “Ten Minutes with the Premier” program on the Espreso television on Sunday evening.

That the IMF is disbursing the second tranche shows that Ukraine is taking steps to fight corruption, the prime minister said.

It was reported that the IMF had approved a SDR12.348 billion (around $17.5 billion) Extended Fund Facility (EFF) program on March 11 this year, to support economic stabilization in Ukraine, and setting out broad and deep economic reforms aimed at restoring steady growth in the medium term and increasing the country’s living standards.

Overall, the four-year $17.5 billion program includes four tranches to be disbursed to Ukraine in 2015. The first tranche, $5 billion, has already been paid out. The other three will be $1.7 billion each. Four annual tranches, $620-630 million each, are expected to be disbursed over the next three years.

On July 31 the IMF Board of Governors completed the first review of how Ukraine implements the economic program propped up with the EFF loan, and approved a disbursement of the loan’s second tranche in the amount of SDR1.1821 billion (1.7$ million). The Ukrainian Finance Ministry said it is expecting to receive the money in the next few days.

Ukrainian Deputy Prime Minister Hennadiy Zubko said later that some of these funds would be used to support and stabilize the Ukrainian financial system, some to pay off debts, including those for gas and of the previous years. 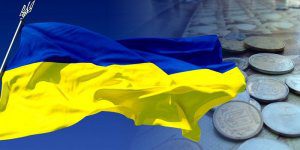 KYIV. Aug 3 (Interfax-Ukraine) – The Cabinet of Ministers has created an ad hoc group to hammer out recommendations and proposals regarding the privatization and terms of the sale of state-owned enterprises, and adopted the provisions on the group’s work.

Relevant Cabinet decree No. 525 of June 24 was published on the government’s website on August 3.

The Cabinet appointed the chairman of the State Property Fund (SPF) to head the ad hoc group. The government also decided that the group should include its deputy head (the SPF’s deputy chairman), and the secretary of the group will be elected from among SPF representatives. The group will also consist of the deputy minister of economic development and trade, the senior adviser to the minister of economic development and trade, the deputy minister of the cabinet, the first deputy finance minister, the first deputy minister of energy and coal industry, the director of the Cabinet secretariat’s department for the effective management of state property, and a state authorized representative of the Antimonopoly Committee.

The group will be a provisional advisory and consultative government agency whose main tasks will be to make recommendations and suggestions to draft Cabinet resolutions on the privatization and terms of the sale of state-run enterprises. It will also raise international financial and technical assistance in preparing and putting the enterprises up for sale. It will also hire a contractor to prepare the enterprises for privatization and determine sources to pay for the contractor’s services, including at the expense of international financial and technical aid.

The operator said in a financial report that its net revenue grew by 11.9%, to UAH 1.076 billion.

In July 2015, Turkey’s Turkcell finished consolidation of 100% of Astelit. 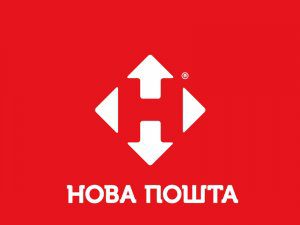 KYIV. July 31 (Interfax-Ukraine) –Nova Poshta company had over 32 million of deliveries in January-June 2015, which is 25% up year-over-year.

“Parcels had a lion’s share of the total number of deliveries. Their number grew by 22%. Document mailing grew by 57% over the period,” the company’s press service told Interfax-Ukraine.

The company opened 715 new depots in H1 2015, including automatic parcel terminals, all over Ukraine and increased its network to 2,128 terminals.

“Nova Poshta has revised hours of operations for its branches to be more convenient for clients. From June some of them are ready to service visitors on Sundays in Kyiv, Kharkiv, Dnipropetrovsk, Zaporizhia, Odesa and Lviv,” the press service said.

The company placed its depots within walking distance from houses and offices and at shopping centers and supermarkets.

Over the reporting period, Nova Poshta launched three terminals with a gross area of almost 10,000 square meters in Kremenchuk, Odesa and Krasnoarmiysk, bringing their total number to 36. Construction work is underway in Uzhgorod, Rivne and Chernivtsi.

“In H1 2015 Nova Poshta expanded the joint consumer credit program with CreditMarket at its branches to regional centers. Now clients are not to go to a bank to buy something. CreditMarket stations are working in 20 depots of Nova Poshta and the company plans to open 30 more stations in the near future,” the company said.

In H1 2015 the company launched special local tariffs for business thanks to which corporate clients could deliver parcels and mail within a city or town and their suburbs at the good price.

“After the successful launch in Kyiv, geography of the Local tariff has been expanded to Odesa, Lviv, Kharkiv, Dnipropetrovsk and their suburbs. The local tariffs are in effect in 99 towns of Ukraine. Today, over 25,000 clients used local tariff and they made over 300,000 deliveries,” the press service said.

Nova Poshta launched the business documents door-to-door delivery service. Over 4,000 clients, among which are banks, insurance companies and industrial companies, used the service. The number of deliveries exceeded 65,000.

Under the Humanitarian Mail of Ukraine program Nova Poshta carried 4,700 tonnes of aid for servicemen, displaced persons and residents of suffered towns.

“The results of the first half of the year show that despite the difficult situation in the country we continue developing. People get used to send parcels and receive goods from online shops. Despite the decline in the conventional online trade segment, we see a rise in the number of deals on the online sites between individuals, which positively influences the express delivery services,” the press service said, citing the founder of the company Viacheslav Klimov. 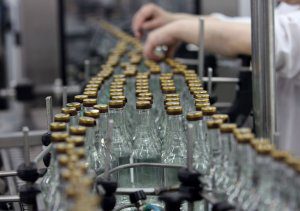 KYIV. July 31 (Interfax-Ukraine) – State enterprise Ukrspyrt saw UAH 96 million of net pretax profit in January-June 2015, which is almost twice up year-over-year (UAH 49 million), the company said in a report on its website.

The company said that its net profit margin was 13% compared to 6% year-over-year.

The company said that the indicators show that the efficiency of administrative and other operation business processes have increased and non-operation expenses were reduced as much as possible (UAH 21,000 in H1 2015 compared to UAH 35.5 million year-over-year).

“Despite the large fall in sales (by 30%), we managed to increase the efficiency of operation without increasing gross markup (39% in 2014 and 32% in 2015). The use of raw materials per produced unit was decreased by 22%. Operation, administrative expenses were cut, the corruption schemes during procurement and at enterprises were removed, and returns on decaliters grew by 335%,” the report said, citing acting head Roman Invaniuk.

Since early 2015, the debt burden on the enterprise was cut by UAH 182.5 million: by 99.8% for credits, by 8% with the budget and by 10% with suppliers. Overdue liabilities were paid by 85%, and new agreements were signed with postponement of payments, which supports the debt level without additional expenses.

The company said that total sum of operating expenses in H1 2015 amounted to UAH 139.4 million compared to UAH 222.7 million year-over-year.