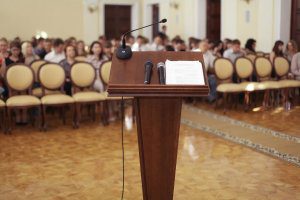 KYIV. April 11 (Interfax-Ukraine) – Arseniy Yatseniuk said he had decided to resign from the post of Ukrainian prime minister.

“I’ve decided to step down from the post of Ukrainian prime minister,” he said in the 10 minutes with prime minister program broadcast by Ukrainian television stations on Sunday.

Yatseniuk said that his statement of resignation would be tabled in parliament on Tuesday, April 12.

The politician said that his decision had been caused by several reasons.

“The political crisis in the state is stirred up artificially. The wish to replace one person has blinded the politicians and has paralyzed their will to real changes. The process of replacing the government turned into an unreasonable running in place. The authors of the crisis turned into hostages of circumstances and made us all – the government, society and the state – hostages,” Yatseniuk said.

He also said that the destabilization of the executive authorities should be prevented during the war. This prospect is inevitable if after the resignation a new Ukrainian government is not immediately elected.

“The settlement of the situation has finally become attainable. The coalition majority is reviving in the parliament. The new agreement is based on the goals and principles of the program by our Cabinet of ministers,”

He recalled that the Petro Poroshenko Bloc parliamentary faction has nominated incumbent Parliament Speaker Volodymyr Groysman for the post of prime minister.

“Having done everything for the stability and continuation of the course, I say I decided to transfer the duties and responsibility of the head of Ukrainian government,” Yatseniuk said.

Additionally, he said that despite the decision to resign from the post of prime minister the People’s Front political party faction in Ukraine’s Verkhovna Rada remained in the coalition.

The politician said that from now on he sees “his tasks broader than the powers of the head of government.”

Among the issues, which he plans to work on, are the control over the activities and performance of the parliamentary coalition, international support to Ukraine and other fields.

“From now on, I see my tasks broader than the powers of the head of government. A new election legislation. A constitutional reform. A legal reform. The coalition control over the course of a new government.

International support to Ukraine. Ukraine’s membership in the European Union and NATO. This makes part of my program,” Yatseniuk said. 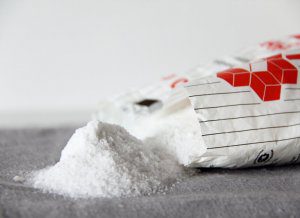 The company said that this allowed the company to almost double its share of European exports, to 13.7%. Despite warm winter, the company reported a 4.5-fold rise in supplies to Hungary, to 27,900 tonnes, while supplies to Slovakia and the Czech Republic totaled 11,600 tonnes.

“We’re actively strengthening our positions on the Eastern European markets. This is an interesting market with solvent demand. It is convenient from point of logistics. Exports to the EU helps us to compensate Russia’s limitations of Ukrainian salt imports,” the company said, citing acting Director general Volodymyr Dolia.

The 7% decrease in shipments in Ukraine is linked to a fall in demand by road maintenance services.

Artyomsol is the largest enterprise engaged in the production and sale of salt (NaCl) in Central and Eastern Europe. 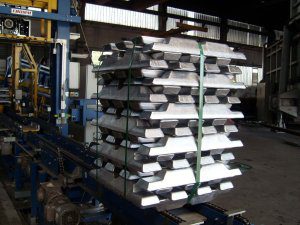 KYIV. April 8 (Interfax-Ukraine) – Ukraine in January-March 2016 increased imports of aluminum ore and concentrate (bauxite) in real terms by 17.2% compared to the same period in 2015, to 1.235 million tonnes.

According to customs statistics, made public by the State Fiscal Service of Ukraine, imports of bauxite in monetary terms in the three months rose by 17.9%, to $48.752 million.

In January-March 2016 Ukraine did not perform re-exports of these materials.

YATSENIUK DISCUSSES COOPERATION IN TRADE AND INVESTMENT WITH GERMAN LAWMAKERS 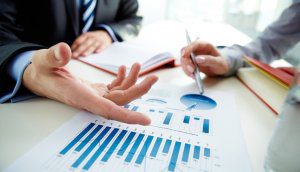 KYIV. April 8 (Interfax-Ukraine) – Ukrainian Prime Minister Arseniy Yatseniuk has discussed cooperation between Ukraine and Germany in the sphere of trade and investment with deputies of Germany’s Bundestag, as well as the internal situation in Ukraine and international security.

The press service of the Cabinet of Ministers reported on Wednesday that Foreign Policy Speaker of the CDU/CSU Jürgen Hardt and Head of the Parliamentary Commission for Bundeswehr missions abroad, former defense Minister of Germany Volker Rühe took part in the meeting.

“The deputies of the Bundestag highly appreciated Yatseniuk’s contribution to the process of political stabilization in Ukraine and economic recovery. During the conversation they talked about the plans of cooperation between the two countries, particularly in trade and investment,” the press service said.

The meeting participants also discussed the political situation in Ukraine and the pressing international and regional challenges.

“Yatseniuk thanked the members of the German Parliament for their support of Ukraine’s sovereignty, territorial integrity and security, as well as for providing financial, technical and humanitarian assistance to our country,” the press service said. 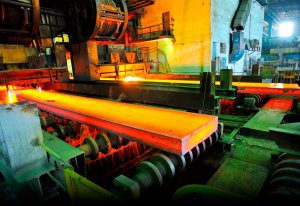 KYIV. April 8 (Interfax-Ukraine) – The Metallurgprom Association (Dnipropetrovsk) and the Federation of Metal Companies of Ukraine have sent a list of top-priority anti-crisis measures to resolve problems of Ukrainian exporters of the metal and mining sector jeopardizing Ukraine’s economic and industrial growth potential. The problems require urgent attention by the relevant national Ukrainian authorities.

The letter, a copy of which has been forwarded to Interfax-Ukraine, was sent by Head of Metallurgprom Oleksandr Kalenkov and Head of the Federation of Metal Companies Serhiy Bilenky to the president, prime minister, parliamentary speaker and head of the National Security and Defense Council (NSDC).

Exports problems should be resolved to stabilize the critical situation in the economy, especially in the metal and mining sector.

The associations propose that an investment project of Ukrzaliznytsia to improve the through-put capacity of railways towards Mariupol on the Kamysh-Zoria-Volnovakha section to 22 freight trains a day is implemented in 2016. This will help to load metal companies in the region and add around $1 billion of currency income every year.

Metal companies said that the issues of legal and economic functioning of Ukrzaliznytsia on the territory that is not under control of the Ukrainian government should be settled. This would stabilize raw materials and product shipments, including coal and limestone.

The tariff for gas transportation by trunk and distribution pipelines for industrial consumers should be cut to the average European level ($10-12 per cubic meter). This would support competitiveness of Ukrainian exporters on the European market compared to European producers.

The associations back the bringing of port fees in Ukraine (today $2-3.5 per tonne) to the justifiable level comparable to the fees at rival ports – China, Turkey, Russia, Australia and Brazil ($0.8 per tonne). A moratorium on indexation of tariffs for shipment by rail should be introduced at least in 2016 and return the amendments to the railways tariff collection proposed by the Infrastructure Ministry for revision, as they would significantly worsen the situation with freight owners.

Metal companies also proposed to resume VAT refunding to companies that are re-register from the territory that is not under control of the Ukrainian government and pay taxes to the Ukrainian budget, to refund all VAT debt in April-May 2016 and extend land utilization benefits for mining companies. 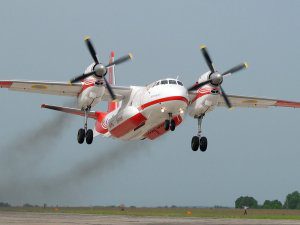 KYIV. April 7 (Interfax-Ukraine) – U.S. Honeywell International Inc. will ensure the supply of avionics for a new multipurpose An-132D aircraft with a load capacity of 9.2 tonnes built by Antonov state enterprise (Kyiv) in the framework of a contract with Saudi Arabia signed in April 2015.

The press service of the plant told Interfax-Ukraine that the supply of Primus Epic 2.0 avionics for the new transport aircraft would be provided under a contract recently signed by Antonov and Honeywell. The start of equipment deliveries is scheduled for April 2016.

As reported, state enterprise Antonov has completed the large scale assembly of a new multipurpose An-132D aircraft. The plant expects the supply of PW150A engines for the airplane by Pratt & Whitney Canada in April. A cooperation agreement with the Canadian company under the An-132 program was signed in October 2015. The prototype of a new An-132 is to be completed by the end of 2016. After performing a series of test flights, the aircraft will be presented to potential customers in Saudi Arabia.