KYIV. March 14 (Interfax-Ukraine) – The Prometey group of companies (Mykolaiv region) has reported a 3.9 fold revenue increase in 2015, to UAH 3.6 billion, compared to a year ago. The company said in a press release that revenue from grain exports reached $52.5 million. Prometey in 2015 sold 567,000 tonnes of grain crops and oilseeds, including 323,000 tonnes of exports and 244,000 tonnes sold on the domestic market.

Elevator business revenues of the group more than doubled in 2015 and exceeding UAH 25 million.

“In its development strategy Prometey focuses on the qualitative approach in refitting and modernizing the old elevator complexes. The company’s quantitative approach provides for the expansion of the elevator chain via acquisition of facilities where the group is already working with partners,” company spokesmen said.

Prometey in 2015 began accepting grain at three elevators, increasing its number of suppliers during 2014 from four to seven.

The company said it would increase grain exports oilseed sales on the domestic market in 2016, while continuing to modernize its elevators. 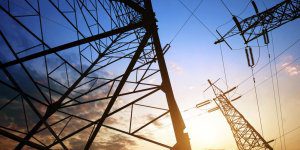 KYIV. March 14 (Interfax-Ukraine) – Ukraine in January and February 2016 exported electricity worth $29.49 million, including worth $15.425 million in February. 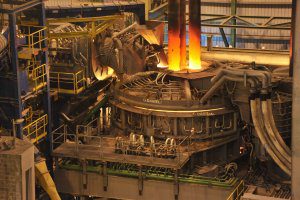 Board Chairman of Huta Stali Czestochowa and former Deputy Industrial Policy Minister of Ukraine Anatoliy Fediayev said last week that the electric furnace steelmaking workshop could be launched at any months if there is a need.

He said that the workshop was halted due to high prices of scrap metal.

As for another ISD’s plant – Hungary’s Dunaferr, he said that the plant produces rolled steel sheets and the plant has enough orders.

As reported, ISD signed a sale and purchase agreement on Huta Stali Czestochowa early June 2005. Its projected annual capacity is around 1 million tonnes. Its key consumers were Polish shipyards. 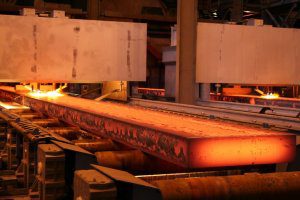 The company said in a press release last week that a campaign to boost warehouse stock in China was partially behind the trend. Construction sector stocks rose 1.24 million tonnes in two weeks amid expectations for a seasonal uptick in demand.

According to the study, the steel market’s revival led to increased spot prices for ores in early March. Prices increased sharply, growing by 23%, to $64 per tonne.

“Demand on construction steel mix in Turkey is growing. This has allowed Turkish companies to increase domestic prices for slabs by $20, to $295-315 per tonne EXW, bar products – by $32, to $352-368 per tonne EXW,” the company’s press service said, citing an expert from Ukrpromzovnishekspertyza, Oleh Hnytetsky.

The situation on the flat steel market in February was favorable for producers, who increased prices by $5-30 in all regions.

“Rather scarce stock on the market before the spring period and the rollback of quotations for iron ore on the spot market contributed to this, as well as the rise in the prices of iron ore and scrap metal,” another expert, Dmytro Zheltiakov, said.

EU countries increased their prices by EUR 25-30 after imposing duties on imports of cold rolled steel from Russian and Chinese domestic producers.

KYIV. March 14 (Interfax-Ukraine) – A number of business organizations have initiated holding the All-Ukrainian Business Forum with a view to developing measures to overcome the social and economic crisis and prepare a strategy for the further development of Ukraine.

“The main task of our forum, to be held on March 18, is to find a way out of the current situation in Ukraine, summarize and create the programs and strategies that will enable the irreversibility of Ukraine’s development as an acting member of the EU,” Head of the Anti-Crisis Council, President of the Ukrainian League of Industrialists and Entrepreneurs Anatoliy Kinakh said at a press conference at Interfax-Ukraine.

The organizers of the forum will also be the Federation of Employers of Ukraine, the Council of Entrepreneurs under the Cabinet of Ministers, the Ukrainian Chamber of Commerce and Industry and others.

The event will present an integrated and depoliticized analysis of the socio-economic situation prepared by the leading national analysts.

A plan of urgent measures to overcome the social and economic crisis will be worked out on the basis of proposals from businesses, analytical and expert organizations, and non-governmental organizations. The organizers hope this plan will form the basis of the government’s activities for 2016-2017. 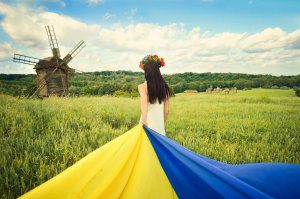 The gross space of the Ukrainian stand is 60 meters where 16 participants are located. Along with tour operators and hotels, the following cities present travel services in Ukraine: Kyiv, Odesa, Lviv and Chernivtsi.

UIA airline is a participant of the Ukrainian stand.

“The Ukrainian stand is popular both among visitors and local journalists, and they show their interest not only in Kyiv and Lviv, but also the possibility of traveling to Odesa region, Carpathian Mountains and eco-tourism,” Head of the tourism and resort department of the Economic Development and Trade Ministry of Ukraine Ivan Liptuha said.

In 2016, the Ukrainian stand is presented thanks to financing by representatives of the Ukrainian travel business and assistance of European donors who provided EUR 20,000 for leasing of the stand space.

The core issue discussed at ITB 2016 is security of tourists.