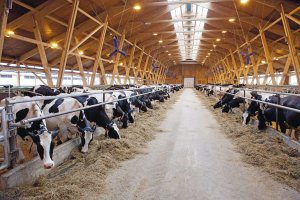 KYIV. Dec 14 (Interfax-Ukraine) – The draft 2016 national budget foresees support of farmers in the amount of UAH 350 million, including UAH 300 million for the program on cheapening credits in agriculture and UAH 50 million to support cattle breeding.

The information is outlined in the draft 2016 national budget registered by the government in the parliament on September 14, 2015. 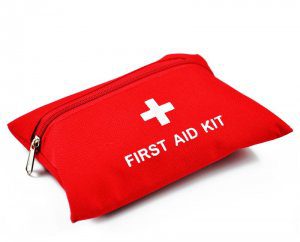 KYIV. Dec 14 (Interfax-Ukraine) – The Arterium Corporation is designing some promising medicines that could be used in emergency and military medicine, the public relations service of the corporation has told Interfax-Ukraine.

The corporation cannot say when the medicines will start circulating on the market, as the period from designing medicines to their appearance on the market is around three or four years.

The corporation said that Tramix hemostatic drug used in surgeries and gynecology was registered in December 2014. Since the moment of its appearance on the market around 9,000 packages have been shipped.

“Ukrainian medicines are able to satisfy the needs in drugs used in the conflict zone. The corporation’s product portfolio has 148 drugs, including modern antibiotics of all key groups and generations and artificial plasma extenders. The medicines were sent military hospitals by way of a grant many times in 2014 and 2015,” the corporation said.

Arterium Corporation includes the Kyivmedpreparat manufacturer of antibiotics and Galychpharm, a leader in the production of plant-based drugs. One of the key owners of the corporation is Finance and Credit financial group (Kyiv), controlled by Kostiantyn Zhevaho. 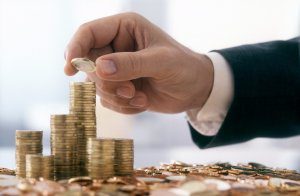 KYIV. Dec 14 (Interfax-Ukraine) – Ukrainian President Petro Poroshenko is confident that Ukraine will manage to compensate the losses from the closure of the Russian market for Ukrainian producers in several years with the help of the deep and comprehensive free trade area (DCFTA) between Ukraine and the EU.

“We’re introducing the deep and comprehensive free trade area, we will introduce it less than in one month, from January 1, despite the resistance and pressure from Kreml… I have no doubt: in several years the agreement will compensate all the losses our national economy, the national budget, social area of the country and the purse of each Ukrainian faced due to the aggressive closure of its market for the Ukrainian market by Russia – we will overcome that,” Poroshenko said on Saturday, speaking at the forum of members of local councils from Petro Poroshenko Bloc’s Solidarity.

The president hopes that the European Commission will make a positive decision on the establishment of the visa-free regime for Ukrainian citizens shortly.

Poroshenko said that the key value for his party was European and Euro-Atlantic choice.

He said that further steps on decentralization of power are required in the country.

The president said that the fate of peace in eastern Ukraine depends on the amendments to the Constitution in part of decentralization.

“It happened that now the issue of the peace in Donbas is tightly linked to the decentralization issue. The moment of final voting for amendments to the Constitution is gradually approaching, and I have no doubt that it would be not easy to get this decision,” Poroshenko said.

The president said that the main tasks for the next year would be efficient struggle against corruption and achievement of sustainable peace in Donbas.

The head of state informed that he had found out about the absence of funds for the anti-corruption prosecution in the state budget 2016.

“I think it is a misunderstanding and a technical error, which will be corrected immediately,” Poroshenko said. 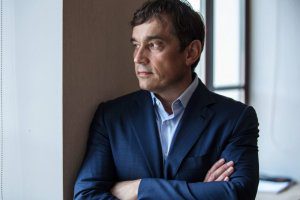 BRUSSELS. Dec 11 (Interfax-Ukraine) – The deep and comprehensive free trade area (DCFTA) with the European Union opens large opportunities for Ukraine, although Ukrainian business requires adapting to European rules and facilitating access to international financing to use them, First Vice President of the Ukrainian League of Industrialists and Entrepreneurs (ULIE) Vasyl Khmelnytsky has said.

“Potentially, there is the money, but in practice the model does not work. For example, the World Bank provided $2.8 billion for development of infrastructure and other projects in Ukraine in 2015. Only $100 million were used. This is less than 4%,” Khmelnytsky said, speaking in the European Parliament at the meeting devoted to the Ukraine-EU DCFTA.

He said that the EU provided EUR 920 million of guarantees to Ukrainian intermediary banks until 2020 to credit small and medium enterprises, although Ukrainian enterprise actually cannot receive this money due to high credit rates and the absence of viable projects.

“Banks issue credits at 15% in foreign currency at 26% in hryvnias. I have large experience in business, but I would not risk taking the money at this rate,” he said.

Khmelnytsky urged to draw up mechanisms that will unblock the funds of European financial institutions to credit Ukrainian business projects.

The businessman said that in the current conditions exports from Ukraine to the EU fell by 35.6% in H1 2015.

“The reason is not in the quality of our products, but the reason is that many companies do not understand who to receive European certificates and how to find sales channels,” he said.

European Parliament Vice President Ryszard Czarnecki, representatives of the parliamentary delegation for Ukraine and the Committee on International Trade of the European Parliament spoke to the conference participants in Brussels.

Europeans calls on their Ukrainian counterparts and the Ukrainian government to accelerate the adoption of amendments to legislation required for successful introduction of DCFTA, developing business and attracting foreign direct investment. They agreed that the European Commission should pay more attention to the planning and implementation of the programs financed by the EU and aimed at supporting the development of business, small and medium enterprise and Ukraine’s exports potential.

A joint communiqué was issued after the meeting. The sides confirm desire to cooperate, particularly, to have more structural and regular cooperation between Ukrainian NGOs and the EU authorities. The meeting participants also approved the creation of the National Forum for Transformation of Ukraine (NFTU) aimed at building the constructive dialog between all population groups and governmental structures of Ukraine and the EU.

Khmelnytsky is a Ukrainian businessman, First Vice President of the ULIE and the founder of K.Fund.

UKRZALIZNYTSIA TO INVEST UAH 1.5 BLN IN INFRASTRUCTURE FOR DISABLED PEOPLE IN 2016 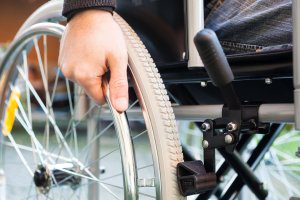 KYIV. Dec 10 (Interfax-Ukraine) – PJSC Ukrzaliznytsia, according to the program of creating appropriate conditions for disabled persons’ access to the objects of railway infrastructure in 2016, intends to invest UAH 1.5 billion in infrastructure for people with special needs.

According to the press service of the company, if earlier large stations and facilities were improved, the new program foresees making smaller facilities more comfortable for people with disabilities.

Regarding technical means, it is planned to equip stations, waiting rooms, sanitary facilities with ramps and handrails for persons with disabilities. The railroads will also install the lowered curbs of sidewalks for people in wheelchairs, ticket offices with lowered window sills for passengers with special needs and others.

It is also planned to improve information boards, pictograms, and visual warning signs. If necessary, the railways will install visual information tables in embossed alphanumeric characters and Braille letters, relief-tactile lines at the edges of platforms. 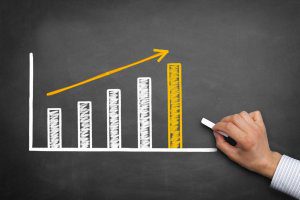 KYIV. Dec 10 (Interfax-Ukraine) – Horizon Capital, managing three private equity funds, is interested in investing in relatively small promising specialized network projects in the field of trade in consumer goods, as well as projects in the format of “fixed price” in Ukraine.

“We as a fund are interested in specialized networks, such as pharmacies, networks that sell clothes, shoes. These are even smaller players, while in almost all the segments the market is not very consolidated,” he said.

According to Dmitriev, Horizon Capital is also interested in investing in the actively developing Ukrainian retail chain in the “drogerie” format.

“The targeted volume of investment ranges from $5 million to $20 million,” he said.

“There is another very interesting format, which is represented in the world market and which is not available in Ukraine. This is the so called format of “fixed price,” when everything in the store is sold at the same price,” he added.