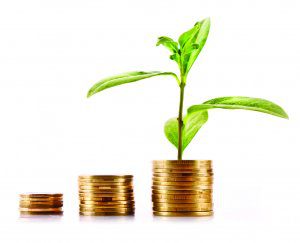 The bank said that the board made the decision on December 9, 2015.

The loan would allow the existing client of the bank to have enough working capital for processing 195,000 hectares in the 2016/2017 seasons, the bank said, pointing at the liquidity crisis at Ukrainian companies.

UAI unites over 70 farms located in northern and western Ukraine and it has been cooperating with the EBRD since 2010. Last year the bank provided a $13 million working facility to the company.

The EBRD is the largest international financial investor in Ukraine. As of September 1, 2015, the bank had a total cumulative commitment of EUR 11 billion in 346 projects in the country. 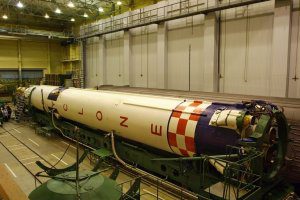 KYIV. Dec 15 (Interfax-Ukraine) – The Ukrainian government has proposed that in 2016 some UAH 3.39 billion is provided in the national budget to finance the space sector, and around 30% of the funds are sent to the special fund to finance defense programs.

According to the draft 2016 national budget posted on the parliament’s website, UAH 2.47 billion (74%) of the funds will be financed from the general fund of the national budget.

Some UAH 223.6 million is planned to provide for financing of the works under state targeted programs and state orders in the space sector, including the general state targeted research space program, which is 4.5 times more than in 2015 (UAH 49.4 million).

Some UAH 1.85 billion from the general fund or 55.9% of total financing will be sent to fulfill liabilities on credits raised to realize the Cyclone 4 and National Satellite Communications System projects.

The draft document foresees that UAH 925.8 million (27.2% of total financing) will be provided from the special fund to implement state targeted programs on reformation and development of defense and industrial complex, designing and introduction of new technologies, boosting the industrial capacity of the sector facilities to produce defense products. 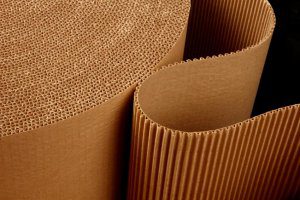 KYIV. Dec 15 (Interfax-Ukraine) – Kyivsky cardboard paper mill (Obukhiv, Kyiv region), a leader in Ukraine’s pulp and paper industry in terms of production and sales, produced goods worth UAH 3.457 billion in January-November 2015, 54.4% up on the figure for January-November 2014.

In January-November cardboard packaging production in Ukraine fell by 15.4%, to 684.5 million square meters, and cardboard and paper output dropped by almost 10.2%, to 729,400 tonnes.

Kyivsky cardboard paper mill is one of the largest cardboard and paper producers in Europe. It mainly produces goods from wastepaper. Its capacity for processing wastepaper exceeds 850 tonnes a day. The mill exports its products to CIS states and other countries. 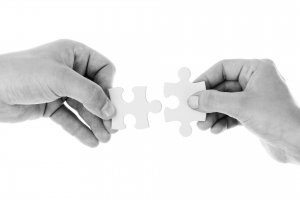 The active work of the Ukrainian League of Industrialists and Entrepreneurs (ULIE) and Businesseurope, the most influential business lobbyist in the EU, which brings together business associations in almost 40 European countries, has entailed the signing of a memorandum of cooperation between the organizations in Brussels on December 9. This was preceded by the numerous preliminary contacts, a number of meetings between ULIE President Anatoliy Kinakh and Businesseurope CEO Markus Beyrer in Kyiv and the Belgian capital.

It should be mentioned that in spring this year, to maintain a continuous dialogue, Businesseurope contributed to the opening and the successful start of work in Brussels of the mission of the ULIE and all Ukrainian businesses in the EU.

The partners agreed to exchange information, hold bilateral and multilateral meetings both in Ukraine and in the EU. The agreement also foresees the possibility of joint participation in international projects that promote partnership relations between entrepreneurs, developing the potential of organizations with the assistance of businesses.

“Today’s meeting was very fruitful and rich, we worked on all the aspects of interaction between the ULIE and Businesseurope within the main tasks of the Ukrainian business to enhance cooperation with European entrepreneurs, access to EU markets, the possibility of seeking mechanisms for participation in tenders of the union structures. I want to note that Businesseurope provides tremendous support for the ULIE in implementing the European integration aspirations of our country and the domestic business,” Anatoliy Kinakh said.

Deepening communications in various sectors of the economy, including banking, the IT sector, energy efficiency and energy saving, entrepreneurship were noted among the priority areas of cooperation between the two business organizations. Another important issue is the joint monitoring of the mutual obligations of Ukraine and the EU within the framework of the Association Agreement, the evaluation of effectiveness of the EU programs aimed at supporting Ukrainian businesses, including small and medium. Separate working groups of Businesseurope and the ULIE, the profile associations of Ukrainian businesses that are members of the Anti-Crisis Council of Non-Governmental Organizations will work on these and other issues.

Reference. Businesseurope is the largest business association of the European Union, representing 20 million small, medium and large companies united into 40 national associations of industrialists and entrepreneurs from 34 European countries. Among the core businesses of this structure are the organization of interaction between business circles in Europe in the development of economic and foreign policy of European countries and primarily the EU member states. 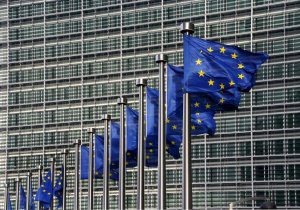 A joint conference of representatives of the Ukrainian civil society and members of the European Parliament entitled “The prospects and challenges of the deep and comprehensive free trade area between Ukraine and the EU, which comes into effect on January 1, 2016” has been held in Brussels. The Ukrainian delegation headed by President of the Ukrainian League of Industrialists and Entrepreneurs Anatoliy Kinakh included members of the parliament, leaders of the national business associations, industry unions, industrialists and businessmen.

Vice President of the European Parliament Ryszard Czarnecki, representatives of the interparliamentary delegation for Ukraine and the European Parliament Committee on International Trade expressed support for the European intentions of Ukrainians and stressed the need for the entry into force of the agreement on a free trade area (FTA) on January 1, 2016 without further delays and making changes.

“Together with our European colleagues, we support the need for the full opening of the FTA in certain terms as it’s a unique opportunity for domestic producers to become competitive in the European, global sense. We also offer a more efficient cooperation within the Eastern Partnership, strengthening work in preparation for a visa-free regime with the EU. However, we ourselves should understand that where there are benefits there are risks as well. It is necessary to work more effectively to adapt the domestic economy to the European standards, hold its modernization as soon as possible. Therefore attention to this issue on part of the Ukrainian government, in particular in the framework of comprehensive state programs, understanding, support and the willingness to share the experience on part of the European side are very important now,” Kinakh said.

The Europeans urged their Ukrainian colleagues – people’s deputies and the government of Ukraine – to accelerate the adoption of all legislative changes necessary for a successful implementation of the FTA, the development of entrepreneurship and attracting foreign direct investment. They agreed that the European Commission on its part should also pay more attention to the planning and implementation of programs funded by the EU and aimed at supporting the development of industry, small and medium business, the export potential of Ukraine.

It was noted at the conference that the high level of trust and partnership does not remove from the agenda the implementation by Ukrainians of their own “home” task: overcoming corruption, creating an attractive business and investment climate, strengthening the internal market.

The European Parliament members approved the active work of the civil society in Ukraine aimed at expanding a dialogue with the authorities, highly appreciated the anti-crisis program of joint actions between businesses and the government, presented by the delegation the Ukrainian League of Industrialists and Entrepreneurs, which was prepared by hundreds of industrialists, entrepreneurs and scientists who are members of the Anti-Crisis Council of Non-Governmental Organizations.

The issue of joint work on the successful launch of a free trade area with the European Union is now at the top of priorities in the country’s only comprehensive plan of overcoming the socio-economic crisis. The document proposes a number of practical solutions, such as the implementation of the state program on adapting the Ukrainian economy to the conditions of free trade with the EU, the immediate setting up of a certification center in Ukraine, using the experience of the Baltic States and Eastern Europe, the implementation of government programs to support small and medium businesses, industry and so on.

Following the conference, a joint communiqué was made, in which the parties reaffirmed their desire for cooperation, in particular, a more structured and regular interaction of public organizations with the governing authorities of the EU. Participants in the conference approved the creation of the National Forum “Transformation in Ukraine,” aimed at building a strong and constructive dialogue between all social groups and governmental structures of Ukraine and the EU. The Ukrainian side expressed conviction that the support of the European Parliament would encourage European industrial, trade and sectoral associations to more actively work with the Ukrainian colleagues, invest in the economy of our country.

DUNA-VESTA TO OPEN TWO OWN STORES IN POLAND IN 2016 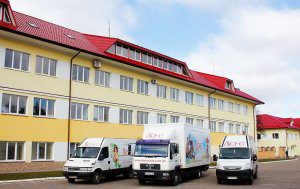 “We plan in 2016 to open two own shops in Poland. I think we will succeed,” he said during the third Retail & Development Business Summit in Kyiv.

According to Odemchuk, in 2013 and 2014 the company tried to enter the Polish market of hosiery but failed.

“Today we are developing a franchise network in Ukraine, holding consultations with Polish and German companies which sell franchise in Europe, we already have some agreements but have no stores,” he added.

Odemchuk noted that the company started work with the EU states only in 2015 after the opening of access to the European market for Ukrainian producers, he added.

“In 2015 we changed the strategy of entering the European market and started retail sales. Today we have seven contracts with large retailers, such as Auchan and other companies,” he added.

Duna-Vesta as a successor of the eponymous public joint-stock company was founded in 2002 on the basis of Duna and Chervonohrad hosiery factory, one of the largest manufacturers of such products in Ukraine, founded in 1965.