KYIV. June 23 (Interfax-Ukraine) – Lozova Machinery (the brand of tillage machines made by UPEC Group’s enterprises, Kharkiv region) at the Agro 2016 exhibition held in Kyiv in June have signed contracts to supply agricultural machinery worth over UAH 50 million, Vice President for Marketing and Sales of UPEC Group Roman Girshfeld has told Interfax-Ukraine.

He did not specify the names of the companies.

He said that demand on Lozova Machinery is large, as the company has realized some innovative solutions.

Ducat disk harrows, for example, allow saving up to 30% of fuel and increase efficiency by 1.5 times compared to usual disk harrows thanks to application of spring tines and HARP Bearing Agro Units.

He said that the company seeks to expand the line of disk harrows and cultivators.

KYIV. June 22 (Interfax-Ukraine) – Capital investment of state-run enterprise Artyomsol in 2016 would reach UAH 115 million, the company has reported on its website.

The salt milling, processing and loading section and salt pelletizing section of mine four will be modernized. The project aims at producing new type of products oriented to European consumers.

The company’s specialists designed a production technology that includes the use of the optical sorting machine in the mill and new packaging line at the pelletizing and packaging section.

Thanks to the modern production line the new package of salt would meet European quality standards.

The works are planned to finish in 2016.

Artyomsol is the largest enterprise engaged in the production and sale of salt (NaCl) in Central and Eastern Europe. The enterprise exports salt to 22 countries. 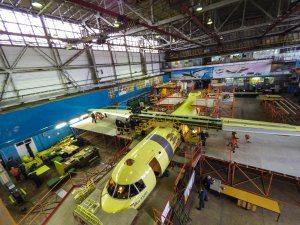 According to the press service of Antonov, the contract to supply equipment for the new transport aircraft was signed with the French company within international ILA Berlin Air Show-2016 (Germany).

According to the contract, Liebherr-Aerospace Toulouse SAS will provide the engineering, supply and maintenance of an integrated air system, including a system of automatic pressure control in the cockpit and an anti-icing system for the first demonstrator aircraft An-132D. The terms of the contract provide for the supply to Antonov of equipment for four An-132 planes, which will be used to implement the program of flight tests of the new transporter.

An-132D is the first prototype of a new light transport An-132 aircraft, which will replace An-32 and An-26 in the market. The An-132 program is implemented by Antonov in cooperation with King Abdulaziz City for Science and Technology (KACST, Saudi Arabia) and Taqnia Aeronautics Co. 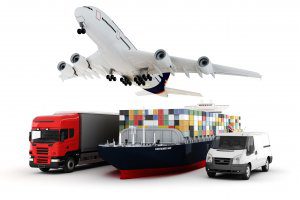 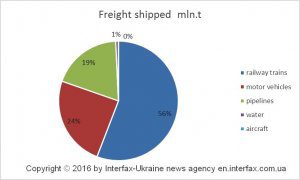 Excluding the temporarily occupied territories of the Autonomous Republic of Crimea, the city of Sevastopol and part of the anti-terrorist operation zone Source: The Ministry of Finance

NATIONAL TOURISM ORGANIZATION TO BE CREATED IN UKRAINE

KYIV. June 22 (Interfax-Ukraine) – A memorandum of understanding between the Ukrainian regions and on the creation of the national tourism organization was signed in Kyiv on Tuesday by 13 regions that have tourism associations.

“We will try to create the national tourism organization in shortest terms. It will be a platform for cooperation between the state, regions and business,” Director of the tourism and resorts department at Economic Development and Trade Ministry Ivan Liptuha said during the signing of the memo at the destination branding conference.

He said that Ukraine maybe the last country in the world that does not have the national tourism organization that consolidates the sector.

Liptuha did not specify the concrete terms for the creation of the organization. There is no platform where the project could be launched: the state cannot support the tourism sector and no one can consolidate business.

Deputy Economic Development and Trade Minister Yulia Klymenko said that the 2016 national budget did not include funds for tourism development: everything was done using donor and partner funds. As for 2017, the ministry intends to allocate around UAH 32 million to implement the tourism development program (the formation of Ukraine’s image, participation in exhibitions). The ministry hopes that the Finance Ministry will support the program.

Klymenko said that the number of tourists in Ukraine halved since 2013 – from 25 million to 12 million a year and this is the small figure for the large country. The share of the tourism of Ukraine’s GDP does not exceed 1%. Ukraine has a potential and resources required to develop the sector and achieve the indicators of most developed countries with upstanding tourism with 10% of GDP and each 11th job, she added.

“Tourism should become a driver of small and medium businesses for the government and the country, a driver of the economy,” Klymenko said.

Liptuha said that visa liberalization (talks to remove visas with some countries (India, Iran) are being held for a year), the launch of the single tourism information portal and promotion of Ukraine across the world helps to do this.

Klymenko said that the Economic Development and Trade Ministry will cooperate in tourism development with the Foreign Ministry and the Ukrainian diaspora in the world.

World Tourism Organization (UNWTO) Secretary-General Taleb Rifai who was present at the conference said that Ukraine has a strong team ready to develop tourism. He said that UNWTO would provide support. 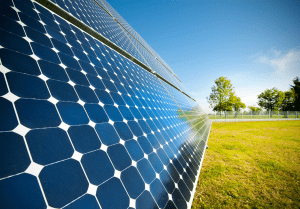 The ministry recalled that the Chornobyl Exclusion Zone has all equipment to connect plants to the power grid, but new legislation is required to approve to implement these projects.