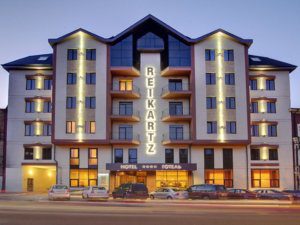 Reikartz Hotel Management LLC (Kyiv), the managing company of the Reikartz Hotel Group, has launched the Chinese friendly program intended for tourists and business travelers from China, the press service of the chain has reported.
“We analyzed the market and found that 25,200 tourists arrived in Ukraine from China in 2017, which means that during the year tourist flow increased by 40%,” Director of Corporate Culture at Reikartz Hotel Group Oleksiy Larionov said.
He said that the Chinese friendly program has already existed in different countries of the world, but it is unique in Ukraine at the moment.
Six Reikartz hotels have already become participants of the program, including Raziotel Kyiv Yamska, VitaPark Borysfen, Reikartz Zaporizhia, Raziotel Marenero Odesa, Reikartz Dworzec Lviv and Reikartz River Mykolaiv: voice translation, navigation in hotels and information in the rooms translated into Chinese, and for breakfast you can choose Chinese dishes and use traditional chopsticks.
The company said that the program will be distributed to all hotels of the chain by the end of 2019. 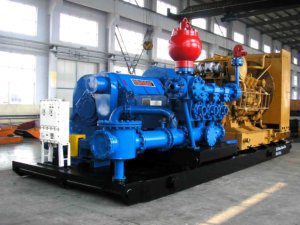 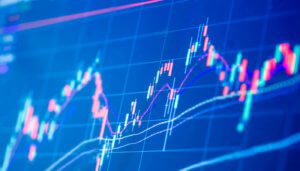 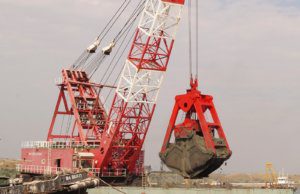 The Ukrainian Sea Port Authority and China Harbour Engineering Company Ltd. (CHEC) on April 6, 2018 signed two contracts for carrying out dredging works at the Chornomorsk seaport (Odesa region): one document envisages dredging works in the approach canal and the second one – in the water area of the first boot basin of Sukhy estuary.
An Interfax-Ukraine correspondent has reported that the signing ceremony was held with participation of Ukrainian Infrastructure Minister Volodymyr Omelyan, Ukrainian Sea Port Authority Head Raivis Veckagans, Head of the administration of the Chornomorsk branch of the Ukrainian Sea Port Authority Viacheslav Voloshyn, Head of the administration of the Yuzhny branch of the Ukrainian Sea Port Authority Maksym Shyrokov, Head of the representative office of CHEC in Ukraine Lin Tao, representatives of the Chinese Embassy in Ukraine and journalists.
“The project of dredging the water area of the Chornomorsk seaport provides for an increase in the depths of water approaches and the operational water area of the port to 16 meters and will allow more efficient functioning of one of the largest seaports in Ukraine,” Omelyan said.
He thanked Veckagans who, in his words, together with the team, created all the necessary conditions for attracting both national and foreign companies with a world-wide reputation to participate in tenders.
“Traditionally, the contract organization was chosen based on the results of the tender in the ProZorro e-procurement system, which ensures absolute transparency and openness of the process and excludes the possibility of any corruption. Thus, according to the results of the tender, we have saved more than UAH 40 million, and the winner is China Harbour Engineering Company Ltd.,” Omelyan said.
As a result of the tender, which took place on March 13, the savings amounted to 10% of the expected value.
The cost of the project is UAH 404 million.
“The project should be implemented before the end of 2018. Reconstruction of the maritime approach canal and the water area of the first boot basin will further allow for the reconstruction of the berths of the Chornomorsk port and the dredging works in the operating area of the berths,” Veckagans said.