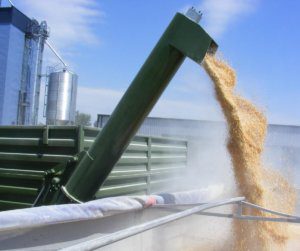 Construction of new grain and oilseeds transshipment facilities at the Mykolaiv seaport will start in the rear of berth eight. Private investment will total over UAH 1.2 billion, the Ukrainian Sea Port Authority has reported. “We are investing our own funds and are actively cooperating with port operators and private businesses. This is the development of the berth and rear infrastructure of berths zero and eight. This will increase the capacity of the Mykolaiv port for processing grain by more than 2 million tonnes per year, oil – by 750,000 tonnes per year,” Head of the Ukrainian Sea Port Authority Raivis Veckagans said during a working visit to the Mykolaiv seaport.
The Ukrainian Sea Port Authority refused to name investors, adding that this would be a new cooperation for the port. The Ukrainian Sea Port Authority plans to allocate UAH 350 million within the framework of fulfilling the company’s obligations under a public private partnership project for the construction and dredging of berth eight. At the same time, private investment in infrastructure will amount to over UAH 1.2 billion.
According to the Ukrainian Sea Port Authority, the planned grain complex will have a storage capacity of 96,000 tonnes, a warehouse – 40,000 tonnes, as well as other support facilities. Earlier, the Infrastructure Ministry reported that COFCO (China National Cereals, Oils and Foodstuffs Corporation) is ready to invest up to $30 million in the berth capacity of the Mykolaiv port and river logistics.
Seaside Terminal intends to invest about UAH 120 million in the reconstruction of the Mykolaiv-Vantazhny railway station in order to increase its capacity.