NUMBER OF PIGS IN UKRAINIAN INDUSTRIAL SECTOR INCREASES TO 3.68 MLN 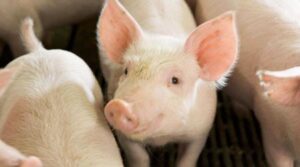 The number pig farms in Ukraine as of January 1, 2021 decreased by 7.4% compared to January 1, 2020, to 1,440, while the number of pigs in the industrial sector increased by 9.6%, to 3.68 million, the Association of Ukrainian Pig Breeders said, citing the data of the State Statistics Service.
According to the association, the intensity of the reduction of pig farms in 2020 decreased less than the average in 2015-2019, since during that period 9-13% of operators left the industry annually.
The association noted the increase in livestock capacity by farms with a livestock of more than 10,000 pigs. In this segment, the livestock for the year increased by more than 300,000, to 2.34 million animals. At the same time, by January 1, 2021, more than 65% of the industrial pig population was “concentrated” at 77 production sites.
Operators with a livestock of 5,000-10,000 animals also showed positive dynamics, the number of animals they had in 2020 increased by 12.8%.
“The share of pig farms with a livestock of less than 5,000 animals has been declining most of all over the past years. Therefore, so far, 144 largest enterprises provide the increase in the capacity of the industrial sector. This means that domestic pig breeding, like the global one, continues to develop through enlargement,” the association analysts said.
The Association of Ukrainian Pig Breeders is a non-profit voluntary organization established in 2011. The association unites 38 farms, the breeding stock of which is 39% of the national volume. The main goal of the association is to protect the rights and interests of enterprises in the pig industry and achieve world production standards.

NUMBERS OF PIGS, CATTLE AND POULTRY IN UKRAINE DOWN – STATISTICS 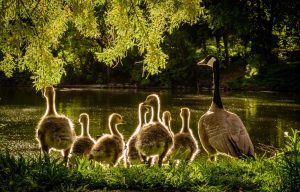 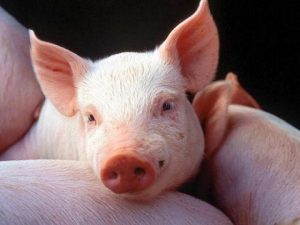 Prices for live pigs in Ukraine since the start of the year have grown by 25% on average, to UAH 50 per kilogram, KSG Agro agricultural holding has said in a press release. According to him, in January, the cost of live pigs was UAH 40-42 per kg, in March – UAH 50-52.
The rise in price of live pigs at the first stage, according to KSG Agro Board Chairman Serhiy Kasianov, was associated with a seasonal increase in demand for pork.
“In the spring, the demand for pork meat traditionally increases in our country. Firstly, during this period a number of holidays are celebrated starting from March 8, and secondly, spring consumption growth is associated with improved weather: Ukrainians cook more meat in the fresh air,” he said.
Subsequently, prices were influenced by quarantine measures related to the spread of the coronavirus disease COVID-19 in Ukraine.
“Quarantine and sanitary restrictions have led to difficulties in delivering goods and, in particular, pork to different parts of the country. Add to this the rush demand for meat during the quarantine period. In conditions of self-isolation, our compatriots are actively forming food supplies by purchasing products for future consumption,” Kasianov said.
However, according to him, in the near future – before the beginning of summer – one should not expect a significant increase in prices for live pigs, since the further rise in price of pork is limited by the purchasing power of the population.

CATTLE NUMBERS IN UKRAINE DOWN BY 3%, PIGS AND POULTRY UP 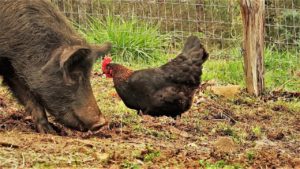 CATTLE AND PIGS NUMBERS IN UKRAINE DOWN, POULTRY UP 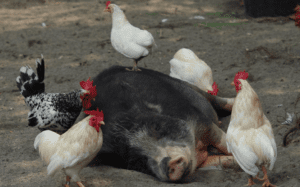 Cattle numbers in Ukraine (excluding the temporarily occupied territory of Crimea and part of Donbas) as of February 1, 2019 amounted to 3.392 million animals, which is 3.4% less than on the same date of 2018.
According to the State Statistics Service, the number of cows during this period decreased by 3.6% and amounted to 1.928 million.
The number of pigs fell by 1%, to 5.912 million, sheep and goats by 3%, to 1.265 million.
Poultry numbers in the country compared with February 1, 2018 increased by 3.8%, amounting to 207.614 million birds.

CATTLE NUMBERS AND PIGS IN UKRAINE DOWN, POULTRY UP 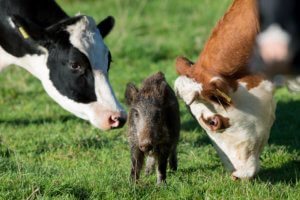