RIVNE ADMINISTRATION: IT IS FORBIDDEN TO GO TO FOREST IN RIVNE REGION 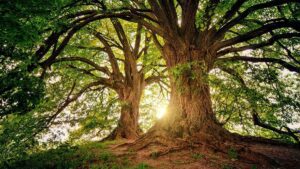 Head of Rivne Regional Military Administration Vitaliy Koval signed on Wednesday a decree banning civilians from visiting forest areas in the region for the duration of martial law. “From now on, it is forbidden to visit the forest in Rivne region! The corresponding decree was signed yesterday. It is valid for the period of the war. The exception is the Armed Forces of Ukraine, security forces, representatives of executive authorities, local self-government and those working with the forest,” Koval wrote in Telegram on Thursday.
He urged to treat such restrictions with understanding. “Your safety is the most important!” Koval said.

TERNOPIL AND RIVNE ARE LEADERS IN CONSTRUCTION WORK IN UKRAINE 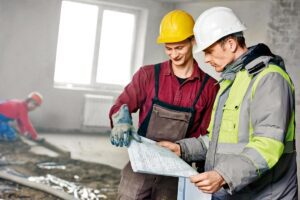 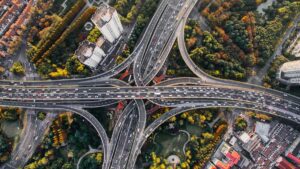 Krakovets-Lviv-Brody-Rivne and Stryi-Mukachevo may become the first toll roads in Ukraine, but the decision on expediency will be made upon completion of the feasibility study of these projects, Deputy Infrastructure Minister for European Integration Hanna Yurchenko told reporters on Wednesday.
According to her, today there are not so many directions in Ukraine where there can be a toll road, which would be a payback project, due to the level of traffic. This is exclusively about the construction of new concession roads, which will duplicate the existing free routes.
To date, Ukravtodor has received two private initiatives to prepare two new concession projects. Classics of the genre, when it is a road in an open field. It will most likely be paid. The first is the Krakovets-Lviv-Brody-Rivne route (the initiator is Avtomagistral-Yug) – more than 200 km of completely new construction, the alternative road to Kyiv-Chop and M-10 Lviv-Krakovets,” Yurchenko said.
According to her, the second private initiative is the Stryi-Mukachevo road (initiated by Onur). “Today, in principle, it is not a problem to get from Lviv to Zakarpattia region, but because of the passes and buildings on the existing direction, it is technically impossible to expand the road to four lanes. Therefore, the option of building a new road, which will pass slightly east of the existing Kyiv-Chop road, is being considered. If now we usually get from Lviv to Zakarpattia region in 2.5 hours, and even longer in winter, then the new road should reduce travel time by 60%,” Yurchenko said.
The deputy minister added that according to the ministry’s estimates, the feasibility study for Krakovets-Lviv-Brody-Rivne will be completed by the new year, the feasibility study for Stryi-Mukachevo a little later. The decision on the feasibility of each project will be made by Ukravtodor, and then coordinated with the Ministry of Economic Development and the Ministry of Finance.
“They can hypothetically be paid, but this will be confirmed after the feasibility study. Then we will be sure whether it is worth charging a fee, whether it will be generated at all, be self-sufficient,” Yurchenko said. 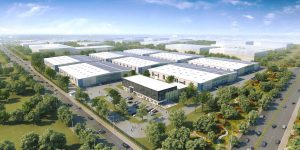 The Ministry for Development of Economy, Trade and Agriculture of Ukraine included Rivne industrial park (Rivne region) with an area of 125.13 hectares, initiated by the Rivne regional state administration, in the register of industrial parks on February 1, 2021.
According to the information on the ministry’s website on Friday, the planned term of operation of the park, located on the territory of Mala Liubasha rural council of Kostopil district, is 40 years. It is planned to create 1,750 jobs.
Priority types of economic activity in the industrial park will be: woodworking and furniture industry; production of construction and heat-insulating materials; mechanical engineering; recycling of secondary resources.
According to a posting on the website of the Rivne Regional State Administration, the industrial park has already won the Golden Site 2020 contest, implemented by the Polish Investment and Trade Agency.
The press service of the ministry said that today, 46 parks are already included in the register of industrial parks, including 23, which selected management companies, and eight, which involved participants (10 participants in total).
In addition, industrial parks, which are not included in the specified register, are being created and are functioning, including four parks created before the adoption of the law of Ukraine on industrial parks. 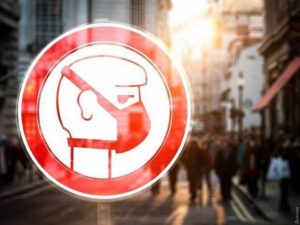 The epidemic situation in Volyn, Zhytomyr, Ivano-Frankivsk, Lviv, Odesa, Rivne, Sumy, Kharkiv and Chernivtsi regions does not meet the criteria for easing lockdown, the Health Ministry said on its website on Tuesday.
The occupancy of beds, in particular, exceeds the permissible indicator of 53.31% in Lviv region. However, in Odesa and Sumy regions, the dynamics of the spread of the disease exceeds the established value of 10%.
The percentage of disease detection is higher than the established value of 11% in Volyn, Zhytomyr, Ivano-Frankivsk, Rivne, Kharkiv and Chernivtsi regions.
As reported, the Cabinet of Ministers of Ukraine introduced adaptive lockdown until August 31, 2020, changed the principle of the distribution of regions to strengthen lockdown measures.
Depending on the epidemic situation in the region or individual administrative territorial units-districts, a “green,” “yellow,” “orange” or “red” level of epidemic danger of the spread of coronavirus (COVID-19) disease is established. 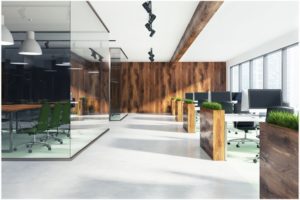 Average vacancy of business centers in Rivne by August 2019 was 3.1%, and by late 2020 it is planned to expand total office space supply by 8,000 square meters, UTG consulting company (Kyiv) has told Interfax-Ukraine.
“The main increase in office space in Rivne was seen in 2000-2004, when 45.1% of the total market supply was built/reconstructed and put into operation (GLA is 41,000 square meters). During 2016-2018, not a single new business center was opened, and in 2019 the total office supply was replenished with the Smart BAU office building located at 41/1, Vidinska Street,(GLA 1,100 square meters) and TOTs located at 11, Zamkova Street ( GLA 370 square meters),” UTG Senior Analyst Oksana Gavrilevich said.
According to her, the active construction of a business center is carried out by the Renome company on Lionokombinatska Street with the first Sport Life club in Rivne (GLA more than 5,000 square meters).
In addition, there are seven office buildings at different stages of construction and installation works; in 2020, offices with a total lettable area of more than 8,000 square meters were declared to open.
“Despite the large volume of the current office supply (per 1,000 inhabitants, it is comparable with the largest regional centers of Ukraine: Odesa, Lviv, Dnipro), the total area of high-quality and professional facilities in the city is no more than 11,000 square meters. About 79% (71,300 square meters of the city’s office premises were commissioned before 2008 and are already morally and technically outdated,” Gavrilevich said.