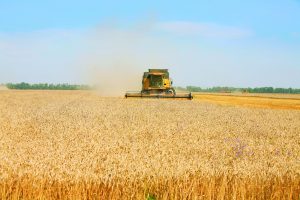 The production seed complex of the international agricultural company Corteva Agriscience, which is located in the village of Stasi (Poltava region), has carried out the first export of seeds directly to Agrodairy, one of the largest agricultural companies in Azerbaijan.
According to a company press release, exporting finished products directly to a foreign producer is the first experience and, in the future, a new direction for the seed complex in Ukraine, which since its founding in 2013 has been focused on meeting the local needs of Ukrainian producers and the internal needs of the company.
“Until that time, seeds were exported internally to Corteva Agriscience European production sites, mainly to Romania and Italy, for further processing, packaging and sales by local teams,” the company explained.
Corteva plans to expand exports from Ukraine to other countries. In the future, the company also plans to export seeds to Kazakhstan, Uzbekistan and Kyrgyzstan, and after introducing Ukraine in the list of countries from which it is allowed to import seeds to the European Union, to supply seeds to Europe.
Corteva Agriscience is a global agricultural company that offers farmers comprehensive solutions to maximize yields. The company has more than 150 research facilities and more than 65 active substances in the portfolio.
Corteva Agriscience in 2019 completed the separation from DowDuPont. Corteva Agriscience has been listed on the New York Stock Exchange since June 2019 under the symbol CTVA. 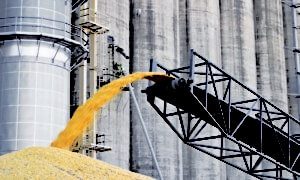 Private enterprise Zakhidny Bug (Lviv region) has put into operation an elevator complex with a capacity of 15,000 tonnes of seeds in Brody, Lviv region, according to the website of Lviv Regional State Administration. According to the report, the new elevator complex consists of eight silos with a capacity of 500 tonnes each. “Every year Zakhidny Bug invests about UAH 25 million in construction, which is production facilities or social infrastructure for its own employees,” deputy director of the company Yuriy Odnorih said.
Lviv Regional State Administration stated over the past three years, starting in 2016, almost 200 new production facilities have opened in the territory of Lviv region.
Zakhidny Bug, founded in 2003, is engaged in cultivation, storage and sale of grains, technical and fodder crops. It rents 36,000 hectares of land in Lviv and Volyn regions. An agrochemical laboratory has been working within the enterprise since 2011. Agronomists-analysts develop a plant nutrition system on the basis of laboratory studies.