EBRD WILL PROVIDE UKRENERGO WITH EUR50 MLN, PLANS TO SUPPORT UKRAINE WITH DONORS FOR EUR1 BLN 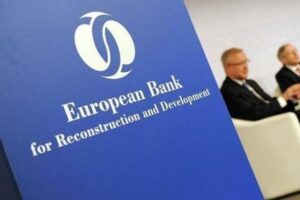 The European Bank for Reconstruction and Development (EBRD) will allow NPC Ukrenergo to change the purpose of a EUR50 million loan for emergency liquidity support, and the European Fund for Sustainable Development will provide a guarantee to cover the first losses.
“This support is part of the EUR1 billion that the EBRD plans to implement in Ukraine this year in cooperation with donors and partners,” the bank said in a press release on Wednesday.
The EBRD notes that EUR50 million will ensure a stable electricity supply in the country, whose economy was significantly negatively affected by the Russian military invasion in February.
“At a time when Ukrainians are resisting Russian aggression, it is important to ensure proper electricity supply in their country, and therefore support the critical role of Ukrenergo. We are also preparing support with the EBRD for other important areas of the Ukrainian economy, which will be provided in the coming weeks , in particular to meet the liquidity needs of the railway and pharmaceutical industries,” Valdis Dombrovskis, Executive Vice President of the European Commission, is quoted in the bank’s message.
He joined EBRD President Odile Renaud-Basso to sign a European Fund for Sustainable Development (EFSD) guarantee on the loan, which will reduce the bank’s credit risk in the current war conditions, the release said.
According to him, Ukrenergo’s support is part of a total EUR1 billion support that the EBRD plans to implement in Ukraine this year in cooperation with donors and partners. In order to meet the most urgent needs of Ukraine, the bank has identified five priority sectors of the Ukrainian economy: trade finance, energy security, vital infrastructure, food security (providing liquidity through banks for farmers for the spring planting campaign, as well as for agricultural companies and grocery retailers), and maintaining liquidity for pharmaceutical companies.
As reported, in July 2019, the EBRD agreed to provide Ukrenergo with EUR149 million to upgrade key elements of the electricity transmission infrastructure to support system stability and synchronization with European electricity grids, as well as to help Ukraine bring its legislation and operating principles in line. with the Third Energy Package of the EU. This loan has been partially disbursed.
Following a Russian-led war, the EBRD and Ukraine agreed to change the purpose of part of an existing loan for emergency liquidity support.
The EFSD is the financial mechanism of the EU’s External Investment Plan, which provides support for investment in Africa and the EU’s partner countries.
The EBRD immediately condemned the Russian invasion of Ukraine on February 24 and promised to stand with Ukraine. On April 4, the Bank’s Board of Governors voted to suspend indefinitely Russia’s and Belarus’ access to EBRD financing and technical assistance. The bank is closing its offices in these two countries. In addition to the EUR2 billion resilience package, the EBRD has pledged to help finance the recovery of Ukraine when conditions permit/
All EBRD investments in Ukraine under the resilience package for Ukraine and neighboring countries affected by the war will involve risk sharing with partners. 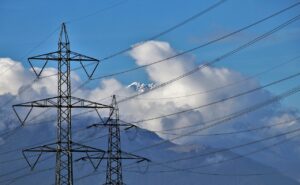 NPC Ukrenergo put into operation one of the 330 kV high-voltage transmission lines in the south of Ukraine, which made it possible to improve the output of generation power, including nuclear and thermal.
“Today, one of the 330 kV high-voltage lines in the south of Ukraine was put into operation. This made it possible to improve the power output of a number of power plants, including thermal and nuclear ones. Thus, now all nuclear power plants are working stably in the network, as well as plants of other types – thermal power plants, hydroelectric power plants and renewable energy sources,” Ukrenergo noted on its Telegram channel on Thursday evening.
The company emphasized that the frequency in the network is stable – 50 Hz.
Ukrenergo also indicated that work on the restoration of main power grids is ongoing: a substation and a 750 kV line are being restored, as well as two 330 kV lines in Kyiv region, two more 330 kV lines that run through Kyiv and Chernihiv regions have been repaired and getting ready to operate.
According to the company, distribution system operators resumed power supply to more than 19,800 consumers over the past day.
“Consumption is stable and shows a growth trend,” Ukrenergo assured.
As reported, on Thursday morning, Energoatom reported that due to damage to the high-voltage transmission line 330 kV, the Zaporizhia NPP switched to work to provide only their own needs. 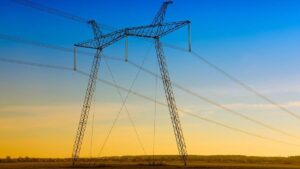 NPC Ukrenergo has completed construction and opened a new 330kV high-voltage line in western Ukraine, said Volodymyr Kudrytsky, chairman of the board of the company.

“Today is Ukrenergo’s birthday (…) It is very symbolic that on this very day we are opening a new 330 kV high-voltage line in western Ukraine. This is the first power facility that Ukrenergo completed during the war,” he wrote on his page on Facebook on Friday.

Considering the limitation of martial law, Kudrytskyi did not talk in detail about this facility, but noted that the new line will increase the reliability of the Ukrainian network in terms of synchronous operation with ENTSO-E and create opportunities for the energy system to receive additional reserves from the Dniester PSP, which means – became more flexible and stable.

“Right now, it is important for us to report that Ukrenergo is able to operate and develop networks even in wartime conditions. Our efforts are focused not only on the resumption of networks affected by hostilities, but also on construction in regions where it is possible to continue implementing new infrastructure projects,” – stressed the head of Ukrenergo.

The savings were achieved due to competition in the tender, as well as mainly due to the optimization of design solutions, the company explained, pointing out that the source of funding was Ukrenergo’s tariff funds and the company’s income from the sale of access to interstate cross-sections.

They indicated that the construction of the line, which took 17 months, was provided for in a 10-year plan for the development of the transmission system.

The importance of its opening is increasing due to the gradually growing consumption of electricity in the western region, which is associated with the relocation of business along the left-bank part of Ukraine to the western regions, Ukrenergo noted.

“The new line, together with previously installed equipment, significantly increases the reliability of power supply to consumers and industry throughout the Chernivtsi region,” the company stressed.

In addition, the line is also important for balancing the energy system of Ukraine, because thanks to it, in particular, the reliability of the operation of the Dniester PSP in pumping and generating modes by three hydraulic units in the normal scheme is increased, and taking into account the future construction of another 330 kV overhead line – by four hydro units.

MINISTRY OF ENERGY CHANGES REPRESENTATIVE OF STATE IN UKRENERGO 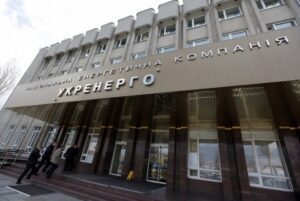 The Ministry of Energy of Ukraine has terminated the powers of a member of the supervisory board of the National Power Company Ukrenergo – the representative of the state Mykhailo Ilnytsky, having appointed Oleksandr Baraniuk instead.
According to Ukrenergo’s report in the information disclosure system of the National Securities and Stock Market Commission, the order of the Ministry of Energy terminates the powers of Ilnytsky, who was in this position for 28 days. On January 5 of this year, Baraniuk was appointed a member of the Supervisory Board effective from January 6, for a period of three years. 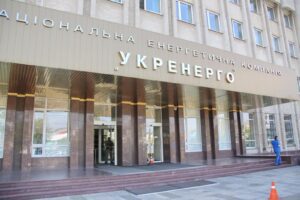 The National Securities and Stock Market Commission has admitted green bonds of NPC Ukrenergo (ISIN 2404309754) to circulation in Ukraine, the press service of the regulator said on Friday.
According to the data on the website of the National Securities and Stock Market Commission, the ICU investment group initiated the entry of the securities; the placement will take place on the Perspektiva stock exchange.
Thus, there are already 91 foreign securities admitted to trading in Ukraine.
As reported, on November 3, NPC Ukrenergo announced the successful placement of five-year eurobonds secured by government guarantees in the amount of $825 million (equivalent to UAH 21.69 billion) with a yield of 6.875%. The order book was almost three times oversubscribed.
The placement was organized by BNP Paribas, Deutsche Bank, Goldman Sachs and Ukreximbank, and Ukrenergo’s financial and sustainable development advisors were Rothschild & Cie with FinPoint and BNP Paribas, respectively.
The European Bank for Reconstruction and Development (EBRD) has invested $75 million in green bonds of Ukrenergo.
Ukrenergo operates trunk and interstate power transmission lines, as well as centralized dispatching of the country’s Integrated Power System. 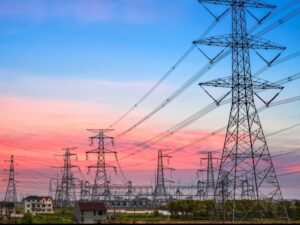