UKRAINE HARVESTS 53.5 MLN TONNES OF GRAIN FROM 88% OF AREAS 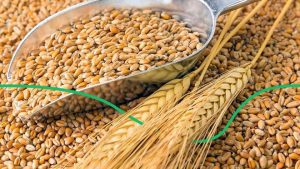 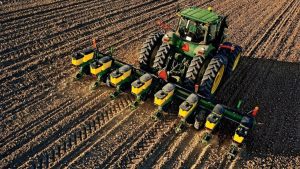 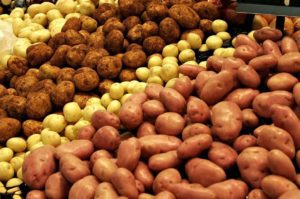 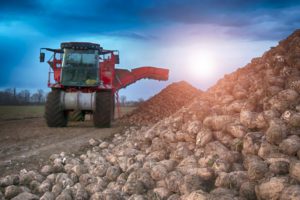 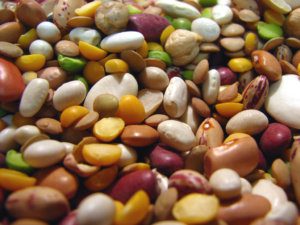 Areas planted with leguminous crops in 2018 were expanded by 12.4% compared with the previous year, to 568,400 ha, while their harvest fell by 15.9%, to 1.04 million, according to the UkrAgroConsult analytical agency. “Despite the decline in prices and profitability, the area planted with legumes actually increased this year. At the same time, there was a decrease in yield, but the weather factor worked here. One can argue how negative the weather factor is, which affected the decrease in yield, decrease in supply, but it is quite possible it contributed to the prices. The conclusion we are making is that farmers continue to trust legumes,” Director General of the UkrAgroConsult analytical agency Serhiy Feofilov said at a conference in Kyiv.
He said that the export of legumes will be high this season.
“This year, the export of peas will fall quite strongly. Earlier, in the structure of exports from Ukraine, chickpeas dominated, now horse beans and beans, and lentils have recently sold well. According to the nuances of logistics, if two or four years ago up to 90% legumes were exported from Ukraine by containers, but now the situation has changed and up to 60% is exported in bulk and mainly this is export of peas,” Feofilov said.
According to him, in the outlook of three to five years, the drivers of the development of the legume market of the Black Sea region will be: stable growth in demand, the need to restore crop rotation after oversaturation with oilseed crops, attractiveness both for large farms (peas, large batches) and for small farms (other legumes), differentiation of the commodity nomenclature for farms, new trends in healthy nutrition from the use of legumes.
According to Ukraine’s Agricultural Policy and Food Ministry, global demand for legumes is growing faster than supply. Today, the largest producers of legumes in the world are India, China and Canada.
“Ukraine has all the prerequisites to become one of the key producers of these products and a supplier of legumes to the global market,” Deputy Minister of Agrarian Policy and Food on European Integration Olha Trofimtseva said.
According to her, Ukrainian exports of legumes are growing significantly. The main buyers of Ukrainian products are India, Turkey, Pakistan, Myanmar and the Netherlands.
“In 2015, we exported legumes to the amount of $60.6 million, in 2017 – $148.5 million, and for the results of January-October, this figure is $97.7 million,” the deputy minister said. 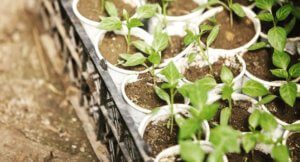 The total area of farmland having the status of organic land expanded by10.2% in 2017 from a year ago, reaching 420,000 ha (1% of total farmland in Ukraine). According to information posted on the website of the Agricultural Policy and Food Ministry, in the past five years the total area of organic farmland in Ukraine expanded 1.5-fold.
By the total area of farmland certified as organic, Ukraine ranks 11th in Europe and 20th in the world. At the same time, almost half of the land is under grain cultivation (45.4%), more than 18% are oilseeds and 5.3% are legumes, followed by vegetables (1.6%) and fruits (0.7%). Most of the organic lands are located in Kyiv, Odesa, Kherson, Zhytomyr, Lviv, Khmelnytsky, Vinnytsia and Poltava regions. In 2017, the consumer market of organic products in Ukraine amounted to EUR 29.4 million, and per capita consumption was EUR 0.68 per year (for comparison, the EU resident spends EUR 60.5 per year on organic products).
The main types of organic products that are produced and consumed in Ukraine are fruits, vegetables, cereals, meat and dairy products, cereals and bakery products. The range of organic products includes more than 100 products of Ukrainian origin.
According to the Reform Support Team under the ministry, in 2017, in Ukraine there were 529 organic market operators. The volume of exports of organic products in 2017 increased by 10%, 330,000 tonnes and amounted to EUR 99 million. About 98% of exported products are raw materials. The largest consumer countries of the Ukrainian organic goods are: the Netherlands, Germany, the U.K., Italy, Austria, Poland, Switzerland and Belgium. The main export products are cereals, oilseeds, legumes, berries, fruits and wild plants.