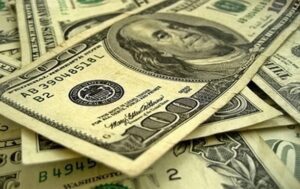 The US dollar is depreciating against the euro, pound sterling and yen after a two-day meeting of the Federal Reserve System (FRS).
As reported, the US Central Bank raised its base interest rate by 75 basis points (bp) for the second meeting in a row, to 2.25-2.5%, and signaled that it intends to continue tightening monetary policy.
Fed Chairman Jerome Powell said during a press conference after the meeting that the central bank is ready to accelerate the pace of rate hikes, if necessary, to curb inflation. At the same time, he noted that at some point the Fed will have to slow down the pace of rate hikes, as the US economy is weakening.
Powell also declined to predict what the rate hike could be at the next meeting, noting that the Fed would make decisions “from meeting to meeting.”
Market participants considered Powell’s statements less “hawkish” than expected, seeing in them a hint that the Fed will raise rates more slowly going forward, Dow Jones notes.
The dollar fell 0.8% against the euro on Wednesday, more than 1% against the pound and 0.25% against the yen.
As of 09:20 Moscow time on Thursday, the euro/dollar pair is trading at $1.0218 compared to $1.0198 at the close of the previous session. The pound rose to $1.2171 from $1.2156 the day before.
The cost of the US currency against the yen is 135.37 yen against 136.6 yen on Wednesday.
The ICE-calculated index, which shows the dynamics of the dollar against six currencies (the euro, the Swiss franc, the yen, the Canadian dollar, the pound sterling and the Swedish krona), is losing 0.32%, the broader WSJ Dollar Index – 0.31%. 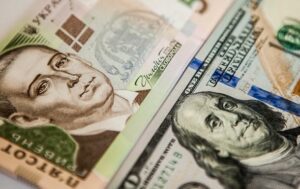 From 09:00 on July 21, 2022, the National Bank of Ukraine adjusted the official exchange rate of the hryvnia against the US dollar by 25% – from UAH 29.2549/$1 to UAH 36.5686/$1, taking into account changes in the fundamental characteristics of the Ukrainian economy during the war and strengthening of the US dollar against other currencies, according to a message on the NBU website.
“Such a step will increase the competitiveness of Ukrainian producers, bring together the exchange rate conditions for different business groups and the population and maintain the stability of the economy in a war,” the National Bank said.
He stressed that the official exchange rate of the hryvnia against the US dollar continues to be fixed.
“With the high uncertainty caused by the war, a fixed official exchange rate against the US dollar is the main anchor for stabilizing expectations and a key means of achieving the NBU’s priority goals. They are to ensure price and financial stability, which is an important condition for economic recovery,” the regulator explains its position.

In next six months, euro against US dollar will fall to $0.90 – experts 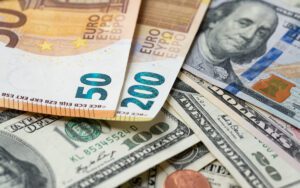 The euro exchange rate against the US dollar will fall to $0.90 in the next six months against the backdrop of the political crisis in Italy and the reduction in Russian gas supplies, 69% of MLIV Pulse poll participants believe.
In addition, only 16% of respondents believe that Europe will be able to avoid recession in the next six months, Bloomberg quoted the results of a survey of 792 respondents.
Political problems in the euro zone’s third-largest economy could also lead to a fragmentation of the bond market, investors say. Thus, 21% of respondents believe that the spread between the yields of 10-year government bonds in Italy and Germany may exceed 500 basis points, updating the maximum since 2012.
In general, 41% of participants in the survey, conducted among portfolio managers and private investors, expect the beginning of the debt crisis in the eurozone in the next six months. 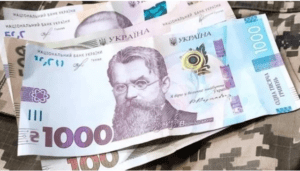 The Ministry of Finance of Ukraine at primary auctions on Tuesday, April 19, for the first time will offer buyers the full range of military bonds – both hryvnia and currency in dollars and euros.
According to the announcement of the Ministry of Finance, in particular, hryvnia military bonds with maturity in 6 months will be put up for auction. and 14 months, as well as 12 months. dollar bonds and 7-month. euro bonds.
Rates on these hryvnia bonds at the last auctions were respectively 10% and 11% per annum, on dollar bonds – 3.7%, and on euro bonds – 2.5% per annum.
As reported, the Ministry of Finance last week, at the seventh auctions for the placement of military bonds, was able to attract UAH 6.17 billion compared to UAH 0.96 billion a week earlier and UAH 3.33-4.88 billion in the previous three weeks. Currency notes were not offered last Tuesday.
The total volume of issuance of military bonds is up to UAH 400 billion. They can be bought by the National Bank, which has already purchased these securities under a separate procedure for UAH 40 billion.
At market auctions since March 1, their sales amounted to UAH 34.9 billion, $11.9 million and EUR143.4 million. 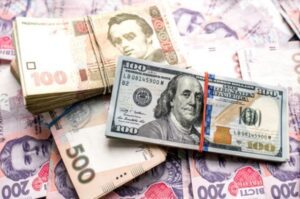 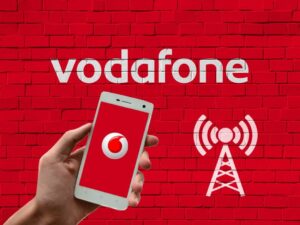