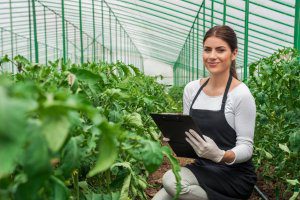 KYIV. Oct 5 (Interfax-Ukraine) – Farming associations have asked the Ukrainian prime minister and lawmakers to drop the plans to halve subsidies for agricultural producers announced in the draft national budget for 2018, according to a posting on the website of the Ukrainian Agrarian Council.
In particular, the associations are alarmed with the proposal to cut the subsidies for agricultural producers from UAH 4 billion to UAH 2 billion in the draft national budget for 2018.
In contrast to other types of assistance from the state, subsidies are paid automatically, minimizing corruption. Statistics data about the stop of declining the numbers of livestock at farms in 2017 is evidence of the effectiveness of the subsidies.
On the other hand, the farmers draw the attention of government officials to an unjustified increase in spending on other items. The amount of funds for partial compensation of the cost of agricultural machinery made in Ukraine is planned to increase from UAH 500 million to UAH 945 million.
According to associations’ estimates, this year the use of these funds will not exceed UAH 250 million. For reaching the amount that is proposed in the budget, the total value of manufactured and sold Ukrainian agricultural machinery should increase 2.5-fold next year.
In addition, the associations said that the planned spending under the program on support of livestock by the state of UAH 1.6 billion also exceed the need. The associations proposed to reduce the planned amount of expenses under this program to UAH 700 million.
According to the calculations of the Association of Milk Producers and the Association of Pig Breeders of Ukraine, the total amount of required financing is up to UAH 400 million.
Representatives of the Ukrainian Agrarian Union, Agrarian Union of Ukraine, Ukrainian Agrarian Confederation, Ukrainian Agribusiness Club and the Union of Poultry Breeders of Ukraine signed the address to the prime minister.

KYIV. Oct 5 (Interfax-Ukraine) – The bill on agricultural land turnover in Ukraine should be passed in 2018, the World Bank has said.
According to the World Bank’s Special Focus Note on reforming land markets in Ukraine, the key design principles of the bill on agricultural land turnover should be the provision of individuals, legal entities s (with temporary restrictions), municipalities and the state with the right to buy land. Banks can own foreclosed land temporarily; they need to liquidate via e-auction within a certain time frame.
The World Bank said that safeguards in the bill should be the following: no foreign ownership; minimum price; temporary maximum size limit of land ownership for individuals & legal entities; limit on concentration ownership/control; and transparent land management plans for state and communal land.
“The moratorium on agriculture land sales is a major impediment to attracting investment and unlocking productivity in Ukraine’s agricultural sector,” the World Bank said.
According to the document, land reform is critical to improve living standards for the Ukrainian people, by driving higher economic growth and incomes for the population.
The World Bank said that the rental price of agricultural land per hectare is $37 in Ukraine, compared to $195 in France, $219 in Germany, $279 in Bulgaria, and $672 in the Netherlands.
The bank said that the moratorium also undermines the flow of financing to small and medium producers because land cannot be used as collateral. The low registration of state agricultural land is also a major source of nontransparent practices and lost productivity.
As reported, since 2002, Ukraine has imposed a moratorium on sale and purchase of farmland.

POROSHENKO CALLS ON LOCAL AUTHORITIES TO SUPPORT AND DEVELOP ECOTOURISM 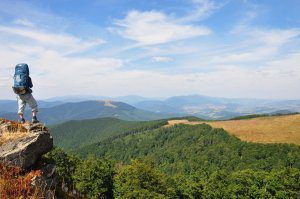 KYIV. Oct 3 (Interfax-Ukraine) – Ukrainian President Petro Poroshenko has said he is convinced that state nature protection services and local authorities should support not only the preservation of forests and national parks, but also contribute to the development of ecological tourism in the country.
“As a rule, the territories with the overwhelming majority of national reserves are depressed. Employment in these territories is extremely low, and I think that in such circumstances, instead of trying to cut down a forest, taking part of the reserve and leaving a desert, we should help organize ecological tourism. This will create jobs,” the presidential press service quoted him as saying at a meeting on forestry reform and improvement of state environmental policy in Ivano-Frankivsk on Friday, September 29.
Poroshenko stated his readiness to support a special program, if necessary, for the development of ecological tourism.
“If we need a national program for ecological tourism, I’m waiting for proposals. We can resolve this issue quickly at the governmental and legislative level. These are the conditions for protecting the natural environment through the format of a national park,” he said.
According to the president, it is expedient for Ukraine to study the foreign experience of organizing national parks, which generate a large-scale tourist flow and positively influence the development of adjacent territories and the filling of local budgets. 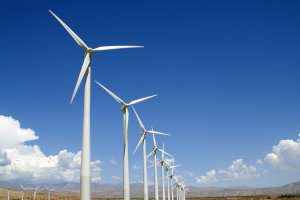 KYIV. Oct 3 (Interfax-Ukraine) – Windkraft Ukraine LLC has launched the first stage of Novotroyitska wind farm (Kherson region) with the installed capacity of 41 MW, the press service of the State Agency of Ukraine for Energy Efficiency and Energy Saving.
The farm has Vestas turbines. The farm’s capacity will be increased to 70 MW in the future. Ukrgasbank is taking part in the financing of the project.
As reported, Windkraft Ukraine operated a wind power farm with a capacity of 31 MW in Kherson region.

FITCH AFFIRMS UKRAINE’S CITY OF KYIV AT ‘B-‘, OUTLOOK STABLE 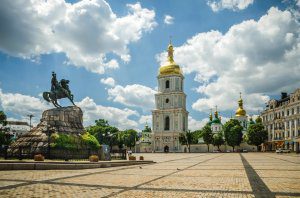 KYIV. Oct 3 (Interfax-Ukraine) – Fitch Ratings has affirmed the city of Kyiv’s Long-Term Foreign- and Local-Currency Issuer Default Ratings (IDRs) at ‘B-‘, reads a posting on the rating agency’s’ website.
“The agency has also upgraded the city’s National Long-Term Rating to A-(ukr) from ‘BBB(ukr)’. The outlooks are stable,” it says.
“The upgrade of the National Rating reflects the city’s consolidated fiscal performance with a continuous surplus before debt variation leading to stronger liquidity. The ratings also factor in a weak institutional framework for subnationals in Ukraine (B-/Stable), still material contingent liabilities and unsettled liabilities on the non-restructured part of Kyiv’s eurobond,” Fitch experts said.
“Fitch projects Kyiv’s budgetary performance will stabilize over the medium term with an operating balance moderately declining to 25% of operating revenue after an exceptionally high almost 40% result in 2016. During H1, 2017, the city recorded a UAH 5.6 billion surplus driven by fast tax revenue growth and much slower expenditure dynamic due to capex concentration in H2, 2017. We expect expenditure acceleration until year-end and forecast a full year surplus of about UAH 2 billion or 5% of total revenue, down from an exceptionally high surplus of UAH 3.7 billion (11.6%) in 2015 and UAH 5.1 billion (13.2%) in 2016,” they stated.
“The surplus before debt variation could narrow to zero in 2018-2019 due to expenditure acceleration and lower revenue growth. High fiscal surpluses in 2015-2016 were achieved amid a high inflation environment and supported by new revenue sources allocated to the city, leading to a rapid increase of tax proceeds that outrun the indexation of major expenditure items,” the document reads.
“Following material fiscal surpluses over the last three years Kyiv’s direct risk has been gradually declining to moderate 32% of current revenue in 2016 from peak of 67% in 2014. However, the debt is fully U.S. dollar-denominated exposing the city to FX risk. As of mid-2017, direct risk consisted of $351.1 million obligations to Ukraine’s Ministry of Finance (MoF), and $101.15 million of the non-restructured part of Kyiv’s $250 million eurobond. Fitch assesses the prospects of non-restructured debt settlement as vague over the medium term, given the slow pace of Kyiv’s negotiations with bondholders and the moratorium that was imposed by central government. Fitch will monitor the pace of Kyiv’s negotiation with bondholders,” Fitch reported.
Liabilities to the MoF arose as a result of the exchange of Kyiv’s $550 million eurobonds into Ukraine sovereign debt in December 2015. According to the terms of debt exchange the city compensates the state budget with the coupon payment related to this debt servicing and should repay the principal in two equal instalments in 2019 and 2020. This exposes the city to refinancing needs of $351.1 million (UAH 9.2 billion at end-Q3, 2017). However, part of this debt will be offset according to recent Ukrainian government decision. In particular the liabilities will be reduced by UAH 1.9 billion (equivalence to Kyiv’s repayment of domestic bonds series G in November 2016), and by the amount of Kyiv’s capex on bridge construction (about UAH 1.1 billion in 2017). Fitch expects the city will continue negotiations with the central government on restructuring the remaining part,” they added.
Kyiv’s contingent risk remains material. The city has issued several guarantees totaling about UAH 2 billion as of mid-2017 to support projects in public transportation, infrastructure and energy saving. Most of the guaranteed loans are euro-denominated and relate to two city-owned companies, Kyivpastrans and Kyiv Metropoliten. The guarantees expire in 2018-2021,” the report says.
“Kyiv benefits from its capital status and remains one of the wealthiest cities in the country, historically accounting for more than 20% of the country’s GDP. Nevertheless, Ukraine’s wealth metrics remain weak by international standards. Ukraine’s economy demonstrated mild restoration in 2016 and Fitch estimates Ukraine’s GDP grew 2.2% y-o-y in 2016 (2015: 9.9% contraction) and expects 2%-3% growth in 2017-2018,” it stated.
“The weak institutional framework governing Ukrainian local and regional governments (LRGs) remains a constraint on the city’s ratings. The framework is characterized by long-lasting political instability and a challenging reform agenda implied by Ukraine’s IMF program. This resulted in frequent changes in the allocation of revenue sources and the assignment of expenditure responsibilities, which hinder the predictability of LRGs’ fiscal policy and its planning horizon remains short,” the agency summarized. 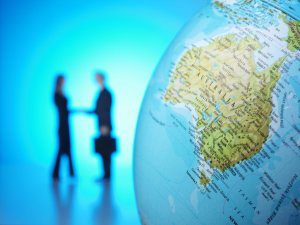 KYIV. Oct 3 (Interfax-Ukraine) – Ukraine’s goods turnover with Australia in January-June 2017 grew by 56%, Ukrainian Prime Minister Volodymyr Groysman has said.
According to the press service of the Cabinet of Ministers, after a meeting of the Ukrainian prime minister with President of the Senate Stephen Parry in Kyiv on Monday the sides discussed cooperation between the two countries.
“Groysman invited business circles of Australia to enhance investment activities in Ukraine and expressed interest in increasing trade turnover between the two countries, which has soared by over 56% as a result of seven months of the year,” the press service said.
The prime minister said that nowadays the countries have greater potential in bilateral trade than they show.
According to the report, in January-July 2017, goods turnover between Ukraine and Australia expanded to $112.9 million (a rise of 56.3%), exports to $7.82 million (a rise of 53.8%) and imports – $105.11 million (an increase of 56.5%).