KYIV. July 12 (Interfax-Ukraine) – The European Bank for Reconstruction and Development (EBRD) has increased the amount of compensation for loans received for implementation of energy efficient activities within the IQ Energy programme to 35% of the loan amount from 15% and 20% earlier, according to a press release from the bank.
“By decision to increase the size of grants up to 35% of the total loan amount we aspire not only to help the citizens of Ukraine to insulate and rehabilitate their houses, but also, which is much more important in the long run, to consciously shift to sustainable consumption of energy resources through the use of modern energy-efficient technologies,” EBRD Director for Ukraine Sevki Acuner said.
In addition, a new category of equipment, which can be compensated for when upgrading housing – recuperators, has been added to the IQ Energy program.
According to the report, the maximum amount of the grant available per one individual, remained unchanged totalling EUR 3,000.
The EBRD said that grants will be paid within 3 to 5 weeks after the electronic approval of the application. It will be available not only for the main equipment, but also for the related products, as well as the cost of installation works, if these were purchased on credit from the partner banks of the program together with the main equipment.
Agreements on cooperation under the IQ energy program were signed with Raiffeisen Bank Aval, UkrSibbank and OTP Bank.
As reported, head of the IQ Energy program Oksana Bulhakova said that partner banks started issuing first loans to individual households for purchase of energy efficient equipment and materials under the IQ Energy program in June 2016. As of the end of June 2017, about 2,500 households benefited the program.
As of July 11, 2017, the loans under the IQ energy programme totaled some UAH 60 million. Average size of a loan is near UAH 25,000. Total amount of compensations paid by the EBRD to households is around EUR 190,000.
The total financing of the IQ Energy programme in Ukraine will be around EUR 75 million, and EUR 15 million has been provided for compensations to individuals and homeowner associations now.
The IQ energy programme was designed by the European Bank for Reconstruction and Development (EBRD) and supported by grant funding of up to EUR 15 million from the Eastern Europe Energy Efficiency and Environment Partnership (E5P), to which the European Union is the largest contributor. 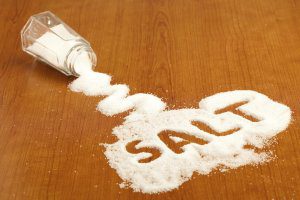 KYIV. July 12 (Interfax-Ukraine) – The state-owned enterprise Artyomsol (Donetsk region) saw a 31% rise in salt production in January-June 2017 year-over-year, to 780,000 tonnes.
The enterprise said in a press release on Tuesday that in H1 2017 the enterprise fully recovered the loss of the Russian market thanks to the increase of supplies to other countries.
In H1 2017, 391,000 tonnes of products were shipped to European consumers, which is five times more than a year ago. Exports to Hungary, Poland, Romania and Slovakia significantly grew. Shipments to the domestic market also expanded.
Artyomsol said that in H1 2016, 236,000 tonnes of salt was sent to Russia.
This year the enterprise will start producing edible salt purified using photo separation. At the first stage the new product will be exported. The enterprise plans to continue re-equipping salt mines and switch to production of separated salt at all production lines. 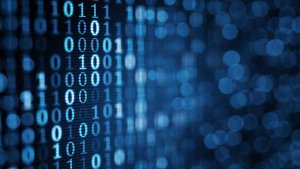 KYIV. July 12 (Interfax-Ukraine) – The Chamber of Commerce of Industry of Ukraine plans to create an anti-crisis center for consulting business in cyber security issues in the near term, the Chamber said in a press release on Wednesday.
“The anti-crisis center specialists will consult business suffered from cyber attacks free of charge and help to prevent possible cyber threats in the future,” the Chamber said.
The Chamber told Interfax-Ukraine that the premium is to approve the decision on the creation of the anti-crisis center at the end of July.
“The business should be prepared for the fact that cyber attacks will continue, and during the discussion we assessed the problem on the basis of what we have heard, to develop an effective mechanism for protecting domestic entrepreneurs and preparing for a new wave of attacks. In addition to creating an anti-crisis cyber security center for business, a working group will be formed. An appeal to government bodies to establish the main reserve channels for the transfer of social information would be sent,” Chairman of the committee for e-communications at the Chamber Volodymyr Koliadenko said. 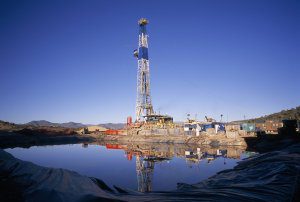 KYIV. July 12 (Interfax-Ukraine) – Public joint-stock company Ukrgazvydobuvannia has announced a tender to carry out 40 more hydraulic fracturing projects for the total cost of up to UAH 195 million (VAT included).
Ukrgazvydobuvannia said in the ProZorro e-procurement system that the tender is divided into two lots 20 hydraulic fracturing projects each for one year each with the expected cost of up to UAH 97.5 million.
Bids can be submitted by July 20.
Hydraulic fracturing will be conducted at the gas and gas condensate wells of Shebelynka and Poltava gas divisions in the depths of 2,800-5,000 meters. 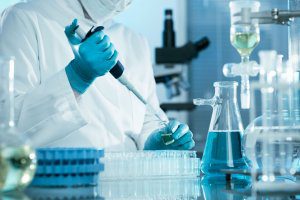 KYIV. July 12 (Interfax-Ukraine) – Public joint-stock company Research and Industrial Center Borschahivka chemical and pharmaceutical plant plans to launch a new pills and gelcaps production line in 2019.
The company’s press service reported that the capacity of the new line will be 500 million pills and gelcaps a year, which would allow boosting the total pills and gelcaps production capacities by almost 30%.
The project is being implemented using own funds of the plant. The enterprise wants to expand warehouses and open a new warehouse in 2019.
By late 2018, the plant seeks to invest UAH 317 million in upgrade of production facilities. 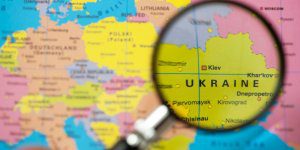 KYIV. July 11 (Interfax-Ukraine) – The Visit Ukraine tourism website with information about tourism potential of the Ukrainian regions and cities in foreign languages is to be launched in the fourth quarter of 2017.
The Economic Development and Trade Ministry of Ukraine at the end of June 2017 approved this in the action plan for 2017 to implement the tourism and resorts development strategy until 2026 (order No. 958).
Along with the Economic Development and Trade Ministry the Ecology and Natural Resources Ministry and local authorities will design the website and provide content.
The interactive database containing information about tourism and recreation resources of Ukraine will be created in the fourth quarter to establish the national tourism tours network.
It is planned to create tourism and information centers for fully independent travellers (FITs) and draw up a concept for retaining and developing narrow gauge railroads as important tourist attractions.
The ministry expects that the Infrastructure Ministry and regional administrations would improve the organization of logistics between the regions.