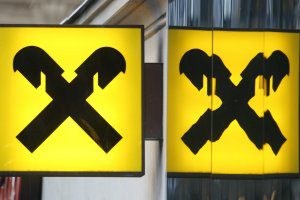 The EBRD Board of Directors plans to consider the proposal on July 22.

The proposed investment in Raiffeisen Bank Aval “will send a strong positive signal to the market during the period of severe political and economic crisis in Ukraine,” the EBRD said in a statement.

The cost of the EBRD’s investment in the bank has not been disclosed.

Raiffeisen Bank Aval was founded in 1992. It has around 670 branches across the country, serving nearly 3 million customers. At the end of May 2015 Raiffeisen Bank International (Austria) owned a 96.5% stake in the bank.

RBA ranked seventh among 133 operating banks in the country on April 1, 2015 by total assets (UAH 52.8 billion), according to the National Bank of Ukraine. Its charter capital stood at UAH 3.003 billion, net worth – UAH 4.105 billion. 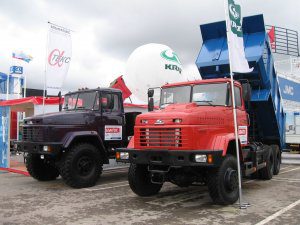 KYIV. July 6 (Interfax-Ukraine) – PJSC AvtoKrAZ (Kremenchuk, Poltava region), the only Ukrainian producer of heavy vehicles, in January-June 2015 increased production by 20.5% from the same period in 2014, to 577 units.

Of the total amount of vehicles produced exports accounted for 32%, the domestic market – 67%.

In addition to basic production, specifically trucks, in the first half of the year the plant shipped four semi-trailers and 13 trailers to the customer, while in January-June last year these products were not manufactured.

The report notes that in June the plant increased production by 30% from May this year and by 22.5% from June of the past year, to 125 vehicles, while in monetary terms production grew by 26.2%.

The press service also said that in late June the plant passed three mobile pumping units to Energoatom to be in keeping power units in a safe condition.

New KrAZ-63221 trucks are being manufactured in cooperation with Tital, a Ukrainian developer and manufacturer of fire and rescue vehicles and equipment.

The ultimate customer of these vehicles is Yuzhnoukrainsk nuclear power plant (Mykolaiv region). 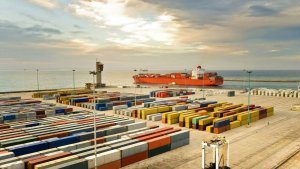 KYIV. July 6 (Interfax-Ukraine) – Ukrainian companies will be able to export duty-free goods worth about $200 million to the United States per year after the updating of the U.S. program, the Generalized System of Preferences, Minister of Economic Development and Trade Aivaras Abromavicius said at a press conference in Kyiv.

The minister said that Ukraine has not been involved in this program since 2013, but in the last year of Ukrainian participation, Ukrainian companies supplied goods worth $111 million under this program, and according to U.S.’ estimates Ukraine used a mere 65% of its potential.

“Based on this figure, we can calculate that duty-free goods supplies to the U.S. should amount to about $200 million,” he said.

As reported, the updated U.S. program of the Generalized System of Preferences, which allows duty-free exports of about 5,000 items of goods to the United States, will come into force from July 29.

KYIV. July 6 (Interfax-Ukraine) – Twenty-one out of the 28 member states of the European Union have already ratified the Ukraine-EU Association Agreement and four countries have launched ratification procedures, Ukrainian President Petro Poroshenko has said.

“Although it was previously supposed that the whole process would take more than three years, today, a year later, 21 of 28 EU countries have already completed the process of ratification and four countries are currently implementing this process,” Poroshenko said before talks with President of the European Parliament Martin Schulz in Kyiv.

The president stressed the importance of the synchronous ratification of this document by the Verkhovna Rada and the European Parliament a year ago.

“This step has significantly accelerated the procedure of ratification of the Association Agreement with EU states,” Poroshenko said.

In turn, Schulz said that the initiative on the joint ratification of the Association Agreement between Ukraine and the EU was down to Poroshenko.

“It is the only occasion of such large-scale synchronous ratification in history,” he added. 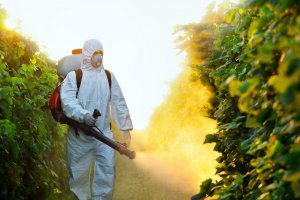 KYIV. July 6 (Interfax-Ukraine) – The International Finance Corporation (IFC) and Kyiv-based Raiffeisen Bank Aval have decided to allocate $60 million on a parity basis under a farmers lending project for the purchase of plant protection products from the Ukrainian subsidiary of German-based Bayer AG.

The IFC reported that its board of directors approved the project on June 29, 2015 and the IFC’s contribution under the project will amount to $30 million.

The proposed project is similar to a program organized by the IFC, Raiffeisen Bank Aval and Bayer in 2011.

The purpose of the project is to boost the productivity and efficiency of agribusinesses in Ukraine by improving access to finance for the purchase of seeds and crop protection products. The program is expected to engage about 20,000 small and medium-sized farms. 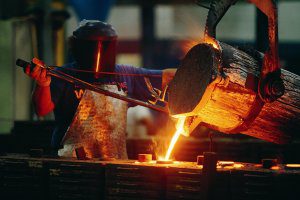 KYIV. July 6 (Interfax-Ukraine) – Austrian financial institutions will be able to assist in the further implementation of Zaporizhia-based Zaporizhstal metallurgical mill’s investment projects, in particular in the construction of a converter shop at the mill.

An Austrian delegation including Ambassador Extraordinary and Plenipotentiary of Austria to Ukraine Hermine Poppeller and Defense Attaché Colonel Erich Simbürger visited Zaporizhstal on July 3, 2015, the enterprise said in a press release.

The guests were informed about an environmental project, namely a hydrochloric acid etching line in cold rolling shop No. 1, which was implemented in partnership with Oesterreichische Kontrollbank AG. During the visit, Poppeller and Zaporizhstal’s management discussed promising areas of potential cooperation, which include the construction of a converter shop.

Poppeller said praised Zaporizhstal’s modernization program and spoke about the possible support of investment projects by Austrian financial institutions in the future.

“Ukraine can become competitive on the European market thanks to such enterprises as Zaporizhstal. Of course, we will help implement the following investment projects, but it depends on the situation in Ukraine and in Europe,” the ambassador said.

Zaporizhstal General Director Rostislav Shurma said in turn that the mill has already gained successful experience in large-scale joint investment projects with Austrian and other European partners and suppliers.

“To date, the implementation of new projects is constrained by the extremely difficult political and economic situation in the country,” the press release quoted him as saying.

Zaporizhstal is one of the largest industrial enterprises in Ukraine and its products are well known and in demand by consumers in the domestic market and in many countries around the world.