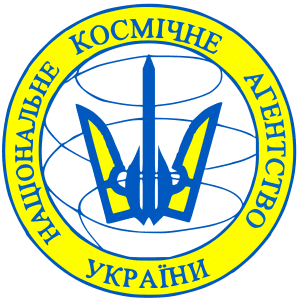 KYIV. May 26 (Interfax-Ukraine) – The State Space Agency of Ukraine (SSAU) is working on restructuring of enterprises of the aerospace sector, including the corporatization of the sector by 2018, SSAU Head Liubomyr Sabadosh has said in an exclusive interview with Interfax-Ukraine.

“As part of a legislative initiative of an executive branch SSAU has designed a concept for reforming the sector with the change of the form of ownership of our enterprises. It has been submitted to the government. We propose the corporatization of the enterprises that could attract an investor not via the sale of assets, but via the sale of share capital,” he said.

Sabadosh said that this would contribute to getting orders and investment and retaining the technological and industrial capital of the sector.

SSAU estimated that it will take one or one and a half years to carry out mechanical restructuring work. The bill is pending the approval of the ministries and agencies. This autumn the document could be floored to the Verkhovna Rada.

“If lawmakers support us, from 2018 we would have a new national space program based on new principle. We would start implementing it with corporatized enterprises,” Sabadosh said.

“Foreign investors who would express desire to take part in the implementation of Ukraine’s national space program would be able to participate in the negotiations and, eventually, in the privatization of share capital of the state-run joint-stock holding companies,” he said.

“I want to emphasize that restructuring is not privatization: we do not want to permit chaotic sale of space companies that are of strategic importance for the state,” Sabadosh said.

TODAY WE JOINTLY WITH U.S. LOOKING FOR NEW OPTIONS OF COOPERATION IN AEROSPACE – SSAU HEAD 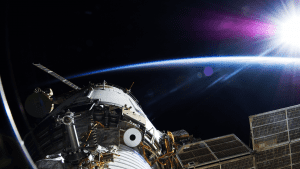 KYIV. May 26 (Interfax-Ukraine) – Ukraine and the United States are engaged in a dialog on the expansion of bilateral cooperation in aerospace. The countries together are looking for new options of technological and industrial cooperation in the space sector, Head of the State Space Agency of Ukraine (SSAU) Liubomyr Sabadosh has said in an exclusive interview with Interfax-Ukraine.

The discussion of new opportunities for implementing the potential of cooperation would continue during his working visit to the United States this week. Sabadosh will participate in a meeting of the Ukrainian-U.S. working group for cooperation in aerospace

He said that the United States showed its interest in the proposals of the Ukrainian side in the issue. The negotiations are underway. There is a potential investor.

“Earlier many parts for Zenit [missile carrier] were bought from Russia. Today there is an opportunity to rearrange cooperation, as chief designer of Zenit missile carrier is located in Ukraine,” he said.

Sabadosh said that he would also discuss the creation of a liquid missile engine for a U.S. missile carrier that can be used for the first stage of the upgraded Zenit carrier.

“I am sure that we could give a high-quality product to the market in the set terms and at the beneficial price, which is really important,” he said. He said that cooperation in the Antares missile carrier project was our first and easiest step in industrial cooperation with the United States.

He said that the potential of partnership in the sphere of technologies to combat so-called space waste.

“Today the issue is on the global agenda: bottom space is overloaded with space activities waste,” he said.

“The problem is not only of the ecological, but also the economic character: putting spacecrafts to higher orbits brings more additional expenses on organization of the launch,” Sabadosh said.

He expressed confidence that Ukraine could become a leader in this promising direction of partnership.

OPENING OF TSUM IN KYIV SCHEDULED FOR AUG 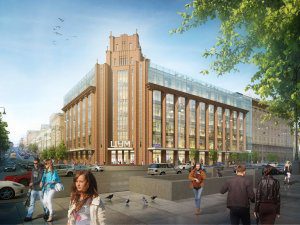 KYIV. May 25 (Interfax-Ukraine) – Opening of Central Department Store (TsUM) in Kyiv after the completion of its reconstruction is scheduled for August 2016, Director for TsUM Space Leasing Andriy Mazhara has said.

“We hope to open in August with occupancy of over 90% [for retail space]. I think this is an achievement for today’s market,” he said on the New Comers forum for shopping malls and retailers in Kyiv on Tuesday.

Mazhara also said that as of May 24 tenancy agreements for over 70% of retail space of the department store were signed.

“I think that we would manage to collect a unique tenant-mix and have large occupation rate. Today we’ve signed over 70% of contracts,” he said.

He said that a major part of tenants would have their premises with decoration and retail equipment.

Head of the TsUM Reconstruction Project Mykhailo Sakun said that a peculiarity of the department store will be the division of product categories among the floors.

The upper floor would place restaurants of medium and prime segments.

Architect of the TsUM Reconstruction Project Natalia Milashevska said that special attention was paid to energy efficiency of the building. The department store would have only LED lighting installed.

Marketing Director Yulia Pysmenna said that the buyer behavior analysis system would be realized in the department store. It would adapt the range of products to meet the needs of buyers.

TsUM was bought by Esta Holding in 2010. The department store was closed for reconstruction in 2012. 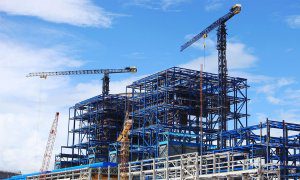 KYIV. May 25 (Interfax-Ukraine) – CTP Company (the Netherlands), a large industrial developer in Europe, seeks to start building the STPark industrial park in Lviv in the middle of 2016, Head of the foreign economic relations and investment department of Lviv City Administration Olha Sivak said at the Ukraine-China: New Silk Road investment session on Monday.

The cost of the project is EUR 50 million.

“We hope that this year the first companies for the project would be found. CTP does not build for no special reason – they first find a client and then build infrastructure and communications to meet the client’s requests […] Now CTP is holding negotiations with its portfolio clients in other countries on the possible transfer of production facilities to Lviv or opening new plants here,” Sivak said.

She said that CTP seeks to invest EUR 50 million in construction of A class warehouses on a land parcel of 24 ha. The production area would be over 100,000 square meters.

Sivak also said that local authorities intend to build a multifunctional center for hosting conferences and exhibitions not far from the Arena Lviv stadium on a land parcel of 8 ha.

“We understand that there is big demand on conference industry,” she said.

The area of the conference center would be 27,000 square meters and it would be able to host 3,500 people. 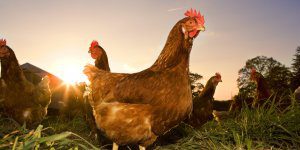 KYIV. May 25 (Interfax-Ukraine) – Hubin poultry farm LLC (Volyn region), part of the Pan Kurchak agro-industrial group, has been placed to the list of companies exporting poultry to the European Union (EU), the company has said on its website.

In March the company commenced poultry shipments to Egypt.

Hubin poultry farm since May 2016 has been one of three Ukrainian poultry producers that had been permitted to supply its products to the EU. Earlier Myronivsky Hliboproduct and Agromars were permitted to ship poultry to the EU states.

“The apparent advantage in organization of supplies to the EU is the favorable location of slaughtering facilities of the farm – only 15 km far from the Ukrainian-Polish border. This contributes to convenient logistics for potential buyers from the EU countries,” the company said.

The company said that it would be able to supply not only frozen, but also cooled products.

The Pan Kurchak agro-industrial group was founded in 2001. It plants crops, produces and sells fodder mixes, breeds chickens and pigs and processes meat. 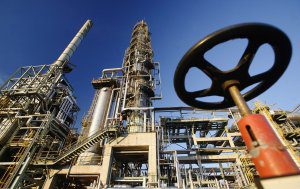 “This year Burisma seeks to drill 16 wells over 4,000 meters deep and five or seven wells of under 4,000 deep… This helps us to achieve the production target of 1.8 bcm, but we set a goal to reach 2 bcm,” he said in an interview with Interfax-Ukraine.

“We have not yet reached the largest horizons. After exploring this well it was decided to drill one more on the Vodianivske field. A well with the projected depth of 5,800 meters would be drilled in May. In five or six months this work will be finished. A 2,870-meter well was dripped on the Proletarske field in 21 days,” he said.

Burdeiny noted that in 2015 the group’s companies paid some UAH 3 billion of taxes to the Ukrainian budget.

Burisma closed a deal on buying a 70% stake in KUB-Gas LLC from Serinus Energy and donating 5% to Cub Energy.