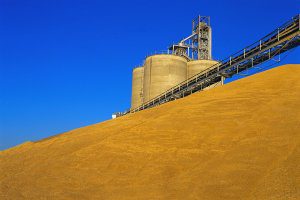 KYIV. Dec 24 (Interfax-Ukraine) – Ukraine as of December 22 had exported 20 million tonnes of grain, which is 18% up year-over-year.

According to the website of the Agricultural Policy and Food Ministry, referring to Deputy Minister Vladyslava Rutytska, a total of 61 million tonnes of grain crops had been harvested as of December 18, 2015.

“This would allow not only saturating the domestic market, but also improving the last year indicator and export over 36 million tonnes,” she said.

As reported, the ministry expects grain exports in the 2015/2016 marketing year (July-June) at the level of 36.8 million tonnes. The harvest in 2015 is estimated at 61 million tonnes. 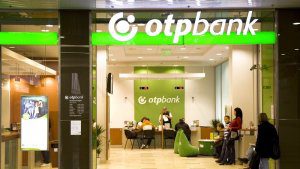 KYIV. Dec 24 (Interfax-Ukraine) – OTP Bank (Kyiv) has increased its charter capital by UAH 2.518 billion or 68.6%, to UAH 6.186 billion, the press service of the financial institution has reported.

“OTP Bank has finished the additional capitalization process by UAH 2.518 billion thanks to the conversion of the subordinated debt received from the parent company and thanks to other loans received from the parent company. Thus, after agreeing the documents by the National Bank of Ukraine (NBU) the charter capital of OTP Bank will be UAH 6.186 billion,” the bank said in a press release.

The bank said that under the capitalization program in Q1 2015 the bank increased its capital by around UAH 1.2 billion via conversion of the subordinated debt and the issue of shares and bonuses authorized by the shareholder. In Q2 2015 the bank paid the subordinated loan of $65 million to international institutions and the charter capital of the Ukrainian subsidiary was increased again. 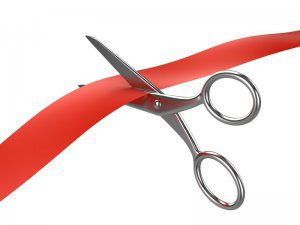 KRAMATORSK. Dec 24 (Interfax-Ukraine) – The Donetsk Chamber of Commerce and Industry has opened the Export-UA center in Kramatorsk, the press service of the regional military-civilian administration reported on Tuesday.

First Deputy Head of the Donetsk regional military-civilian administration Yevhen Vilinsky, President of the Donetsk Chamber of Commerce and Industry Elvira Sevostyanenko and First Vice President and Secretary General of the Chamber of Commerce and Industry of Ukraine Mykhailo Nepran took part in the opening of the project aimed at supporting small and medium enterprises (SMEs).

The press service said that the Export-UA center is the results of joint work of Ukraine, the Japanese government and the UN Development Program (UNDP).

Vilinsky said that support of SMEs is among top-priorities of the region. He expressed hope that in the future the training cycle for Ukrainian businessmen jointly with UN and the EU will be realized.

“We’ve put a great deal of effort for the signing of the Association Agreement with the EU. It will be in effect from 2016, and we face serious challenges to enter the European market,” Vilinsky said.

“The things that the Donetsk Chamber of Commerce is doing coincide with our strategic tasks. SMEs often do not have financial or human resources for development, and these projects aims at helping businessmen to work and develop in the current conditions,” Nepran said.

Sevostyanenko said that the main goal of the Export-UA center is systemic support of business without politics.

Director of Export-UA Halyna Perepelytsia said that only 40% of businessmen in the region are ready to export their goods. The problem is the absence of skilled marketing specialists in the region. The services of existing marketing companies are very expenses, and small businessmen cannot afford them. 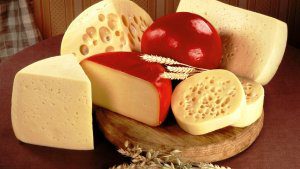 According to the company’s presentation, total cheese production in 2015 will be 7,920 tonnes and sales reached 7,690 tonnes.

He said that in 2015, the company exported its products to Kazakhstan, Israel, Azerbaijan and the United States.

Cheese Club is among the top five leaders of the Ukrainian hard cheese market. 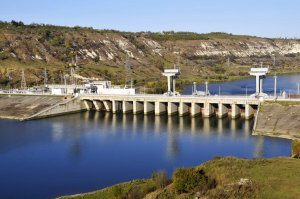 KYIV. Dec 22 (Interfax-Ukraine) – Dnistrovska hydroelectric pumped storage power plant (Novodnistrovsk, Chernivtsi region) on December 21, 2015 launched the third unit, the last unit of the first construction phase that consists of three units with a capacity of 324 MW each in generating mode and 421 MW in pumping mode, the Energy and Coal Industry Ministry of Ukraine reported on its website.

Dnistrovska hydroelectric pumped storage power plant is being built in Chernivtsi region on the Dniester River. The design capacity of the first phase (three hydraulic units) in generating mode is 972 MW, and in pump mode – 1,263 MW.

The ministry said that the operation of one unit allows saving 69 million cubic meters of gas and 367,900 tonnes of coal every year. 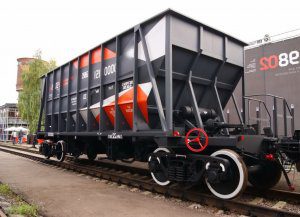 KREMENCHUK. Dec 22 (Interfax-Ukraine) – The interdepartmental commission has permitted PJSC Kriukov Car Building Works (KCBW, Poltava region) to start the mass production of hopper wagons for grain transportation in the amount of 2,000 units, the press service of the plant has said.

According to its data, the decision was made at a commission meeting on December 15.

“The car has successfully passed comprehensive tests conducted by experts of the Ukrainian Research Institute of Wagon Building. On the results of the tests, the interdepartmental commission decided to allow PJSC KCBW to produce 19-7053 model hopper cars based on 18-7033 bogies in the amount of 2,000 units and increase the output of 18-7033 bogies to 6,000 units,” reads a statement.

Earlier the interdepartmental commission permitted the plant to manufacture upgraded bogies in the amount of 2,000 units.

Its products are exported to over 20 countries.