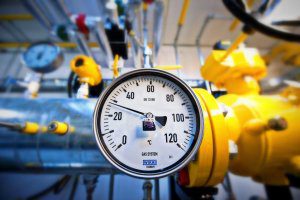 KYIV. May 23 (Interfax-Ukraine) – Ukrainian President Petro Poroshenko has met with his Slovak counterpart Andrej Kiska on the sidelines of the UN World Humanitarian Summit in Istanbul, where the sides exchanged views important bilateral relations and international cooperation.

“They also discussed issues related to the creation of an East European gas hub with the participation of other countries in the region,” the Ukrainian presidential press service said on Monday.

“The two leaders emphasized the two countries’ algorithm of interaction in the direction of European integration in the context of Slovakia’s EU presidency in the second half of 2016,” it said.

“The point at issue was, in particular, practical assistance by the Slovak side in reforming the Ukrainian economy, as well as Slovakia’s support of decisions by the EU’s governing agencies on visa-free travel for citizens of Ukraine,” it said.

What is more, Poroshenko and Kiska considered ways to enhance trade and economic cooperation between the two countries. “In this regard, they noted the importance of this year’s scheduled meeting of the intergovernmental Ukrainian-Slovak commission on economic, industrial, research and engineering cooperation,” the press service said.

The Ukrainian president also thanked the Slovak leader for backing Ukraine’s position on inadmissibility of the North Stream 2 project. 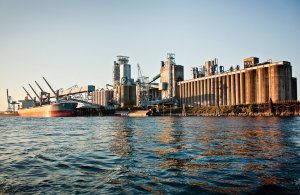 KYIV. May 20 (Interfax-Ukraine) – Chinese Cofco has invested $75 million in the launch of a grain terminal in Mykolaiv region.

Interfax-Ukraine reported that the terminal was launched on May 19.

“Danube Navigation and Stevedoring Company, part of Ukraine’s Cofco Agri, with China’s Cofco as the key shareholder has opened a new grain and oilseed handling complex on berths one and two of Mykolaiv maritime merchandise port. Construction lasted 20 months – since August 2014.

Dmytrenko added that 95% of the terminal’s equipment is imported.

The new terminal has two grain storage facilities with 16 silos (total capacity is 120,000 tonnes) and four silos (over 1,500 tonnes). The complex has stations for unloading trucks and railway wagons. The stations can process up to 10,000 tonnes of products a day.

The terminal has a grain dryer and a grain purifier with a capacity of 50 tonnes per hour. 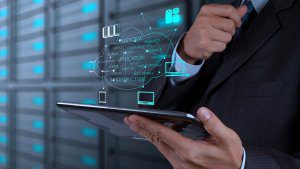 KYIV. May 20 (Interfax-Ukraine) – Israeli GIZA Ventures Capital that has invested around $600 million in 106 projects via five venture funds over 22 years is mulling the creation of a separate fund to invest into Ukrainian venture and IT projects.

The founder and head of GIZA Ventures Zeev Holzman said at the New Ukraine investment conference in Kyiv this week that the partner of the company in the project is Ukraine’s Empire State Capital Partners (Kyiv) that organized the conference.

“The target of our future fund for venture projects is $20 million for the first closure. Then we seek to reach $50 million,” Managing Director and Head Capital Markets & Institutional Sales Department at Empire State Capital Partners Alex Bart told Interfax-Ukraine.

He said that the fund soon would start helping the development of the venture and IT eco-system in Ukraine.

Holzman proposed to Ukrainian authorities at the conference that up to 10 funds with seed capital starting from $30 million to invest in venture projects with foreign companies as partners should be created in Ukraine. He said later investors could buy the state-owned shares that could be up to 50%, with a markup.

He said that this program showed large efficiency in Israel and it would be helpful for the development of the domestic IT market and expanding its share of the global IT market.

STATE AVIATION SERVICE SEEKS TO REGULATE USE OF UAVS, SAFETY OF UAV FLIGHTS 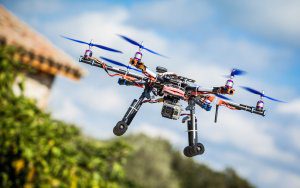 The authority has designed a draft concept for rules and procedures providing safety of flights of general aviation, sports, amateur and unmanned aerial vehicles and posted it on its website.

According to the document, it is linked to the appearance of new types of aircraft, including those remotely controlled.

The UAVs will be certified with a document covering all elements required for servicing the controlled flight. The core criteria for classification of UAVs as followed: the flight weight, performance radius, control method and kinetic energy when UAVs bump into an obstacle.

UAV external pilots have similar liabilities as pilots of aircraft.

The authority proposes that the external pilot certificate is designed with all required skills and restrictions.

The authority intends to create a special UAV division. 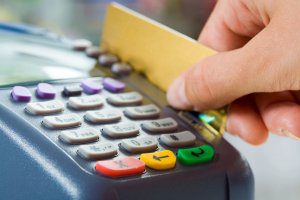 KYIV. May 19 (Interfax-Ukraine) – Non-cash payments in Ukraine in January through March 2016 totaled UAH 115.325 billion, and increase of 33% year-over-year, the National Bank of Ukraine (NBU) said on its website.

The NBU said that cards with magnet stripes dominated (27.8 million), and cards with a stripe and a chip totaled some 2.8 million.

The number of noncontact payment cards increased by 42%, to 1.55 million.

The regulator said that the number of retail and service providing companies accepting non-cash payments grew by 7%, to 124,822.

The highest figures in terms of the number of payment cards, ATMs and payment terminals are in Kyiv, Dnipropetrovsk and Kharkiv regions.

The leaders in the number of payment cards and infrastructure for their servicing as of April 1, 2016 were PrivatBank, Oschadbank and Raiffeisen Bank Aval. 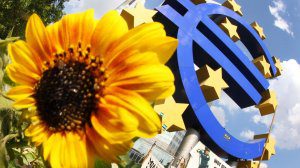 KYIV. May 19 (Interfax-Ukraine) – Ukraine’s Agricultural Policy and Food Ministry has opened a center to support exports to the European Union (EU). The center will provide consultations to Ukrainian farmers about activities on the European markets.

The press service of the ministry reported that the center was opened as part of a joint project with Germany’s Federal Ministry of Food and Agriculture. Germany has invested EUR 1.5 million in the project.

The office of the project is located in the building of the ministry – 24, Khreschatyk, eighth floor.

“The services of the center are available both for those who sell goods to Europe and for those who only thinks about it. It is important that farmers will be able to get all basic information on exports issues at one place,” Agricultural Policy and Food Minister Taras Kytovy said.