The Law of Ukraine “On Limited Liability Companies” (bill No. 4666), adopted by the Parliament (Verkhovna Rada) on February 6, 2018, contains a number of obvious improvements, in comparison with the current legislation. According to the senior partner of ARIO LAW FIRM Julian Khorunzhyi, positive changes were made to the provisions on inheritance and succession of shares.
The innovation of the adopted document is the abolition of the quorum concept of the general meeting of the LLC members, without which the general meeting is not entitled to take a decision. However, according to Khorunzhyi, until the formation of the judicial practice of the application of the law, the concept of “quasi-quorum” will remain controversial – the number of votes of participants (from 50 to 100%) who are authorized to take decisions on specific issues within the competence of the general meeting.
Khorunzhyi considers it a positive moment that the adopted version of the draft law gives the absolute majority of questions to the LLC itself, does not establish unambiguous rules, but enables the company to adopt its own procedures, identify those bodies that it needs in corporate governance and anticipate possible ways out of potential corporate conflicts. In a one-participant model, the participant is no longer obliged to imitate the general meeting, but can take all decisions solely in the form of a written decision. Khorunzhyi said the law creates opportunities for the reorganization of joint-stock companies, which are not actually such, in an LLC, since the project eliminates the limitation of the maximum number of LLC members. At the same time, “unambiguous conclusions” about the adopted law can be made only after the signing of the draft law by the president, he said. 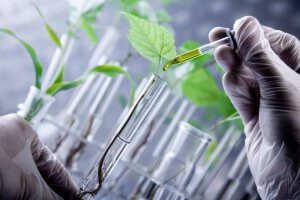 Private joint-stock company Enzim (Lviv) producing yeast, additives and mixtures for bakery, intends to invest over EUR10 million in the implementation of its strategic goal of becoming an international biotechnology company, the owner and CEO of the company Olena Vovk has said. “We plan to enter biotechnology and bio-products markets, which requires increasing production capacity,” she said in an interview with the Business weekly.
According to her, initially this expansion will take place on the basis of the Lviv production site. “However, we are also considering the possibility of acquiring external production sites: perhaps in Ukraine, or abroad. This is the next stage of our development,” Vovk said. She said that pursuing the goal, Enzim intends to produce natural ingredients first for the food industry and later for other industries. “The main competence of Enzim is fermentation processes and a yeast cell. On its basis it is possible to produce new bio-ingredients that will replace harmful chemical additives – flavor enhancers, preservatives or other substances that the civilized world refuses,” the company’s CEO said.
According to her, these bio solutions today are global trends and extend to the food, medical, cosmetic industries and agriculture, but their implementation requires significant investment in scientific development.
Vovk said that Enzim in 2016 created the R&D laboratory and attracted young scientists to cooperation.
Among the company’s other plans this year is investment of about EUR 2 million in the expansion of the capacity of the biological wastewater treatment complex to increase the production of its own biogas from the current 70% of its natural gas needs to 100% by the middle of 2019. The general director of Enzim said that the company managed to fully compensate for the cessation of deliveries to Russia, which accounted for about 10% of its production, thanks to entering other foreign markets. According to her, now the company delivers its products to 14 countries, exporting about 40% of its output. In particular, in recent years the company has increased its share of the Polish market to 10%. 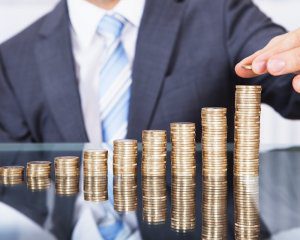 Smart Maritime Group (SMG) of Smart-holding, uniting Kherson and Mykolaiv shipyards, plans to double consolidated sales revenue in 2018, to UAH 647 million. SMG said on its website, the projected growth of financial indicators of the group in 2018 is based on plans to resume the implementation of ship building contracts at the SMG’s shipyards.
“In 2018, it is planned to increase consolidated revenue in all spheres of SMG’s operations, to UAH 646.8 million, including thanks to the resumption of the implementation of ship building contracts at the shipyards,” the group said.
The press service said that consolidated revenue in 2017 was UAH 317 million, which is 19% less than in 2016. “The decline in revenue is linked to the unstable economic situation and the absence of demand on ship building both on the domestic and foreign markets,” the group said.
The volume of ship repair at the group doubled in 2017 compared with 2016: SMG’s shipyards modernized and repaired 78 ships compared with 46 in 2016, the press service said. Taking into account the plans for the implementation of new contracts, in 2017, the shipyards of the group launched a program for the modernization of production facilities, foreseeing investment of more than UAH 30 million, the group said.
“The funds, in particular, are aimed at construction of a new workshop for the manufacture of offshore metal structures, the renovation of crane equipment, the metalworking line and the repair work of certain sections of the technological chain of metal processing,” the press service said. As reported, in November 2017, SMG and Restis Group, one of the largest transport companies of Greece, signed a memorandum of cooperation in the field of shipbuilding. the parties agreed to study the possibility of building ocean-grade bulk carriers, which will be used for carriage of bulk general cargo, at the production facilities of SMG.

MONEY STOCK IN UKRAINE 2.7% DOWN IN JANUARY 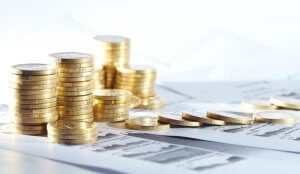 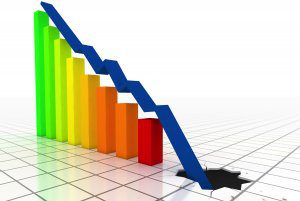 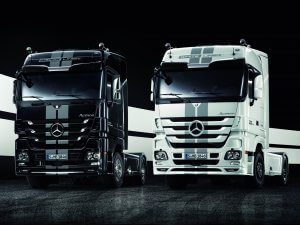 Fozzy Group retailer has purchased the first batch of 40 Mercedes-Benz trucks for a total value of EUR5.2 million under a contract with OTP Leasing (both based in Kyiv) to finance the renewal of the truck fleet.
“Today we are upgrading our vehicle fleet with 40 new Mercedes-Benz trucks that will be used to transport products to Silpo, Le Silpo, Fora, Fozzy, Cash & Carry, Thrash! stores throughout Ukraine. The total cost of the trucks was EUR5.2 million,” the Fozzy Group logistics director said.
According to him, the company plans in 2018 to continue updating the fleet and increase warehouse space.
“We have a plan to change the entire vehicle fleet of Fozzy Group, which now consists of 579 trucks. And we plan to update part of the fleet by the end of the year. In addition, we plan to expand warehouse space in the regions by 30,000 square meters,” he added.
According to the director of logistics, the logistics structure of Fozzy Group as of February 2018 includes six warehouses with a total area of about 160,000 square meters in Kyiv, Odesa, Zaporizhia, and Kharkiv. These warehouses cover the retailer’s logistics needs by more than 95%.
The expert also noted the improvement of the situation with warehouse space in Ukraine. According to his forecasts, the quality supply of logistics real estate in the coming years will grow.
According to OTP Leasing, Fozzy Group plans to replace about 150 vehicles in 2018.