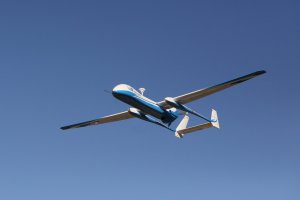 The memorandum of understanding was signed on Tuesday at the 12th International Trade Fair Arms and Security 2015 by Antonov acting President Mykhailo Hvozdev and Vice President and Chief Designer of Flytronic, which is part of WB Electronics, Wojciech Szuminski.

The memo confirms their interest in cooperation and use of WB Electronics’ technologies for the UAVs being designed at Antonov State Enterprise for the Ukrainian Armed Forces.

The base for the realization of the project would be Antonov’s experience in designing and supporting aircraft of various classes and purposes along with high-tech equipment of WB Electronics.

Hvozdev said after the signing of the document that the memo is a benchmark for the new international projects of Antonov enterprise aimed at strengthening the defense of the state.

Antonov is a leading Ukrainian designer and manufacturer of aircraft. It cooperates with 76 countries.

Antonov State Enterprise has been part of the Ukroboronprom State Concern since April 2015. 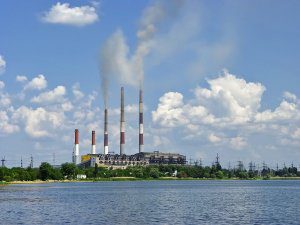 KYIV. Sept 24 (Interfax-Ukraine) – The State Property Fund of Ukraine (SPF) has once again revised the privatization schedule for 2015 and now plans to sell 25% of shares in power generating companies DTEK Dniproenergo, DTEK Zakhidenergo and Donbasenergo, and 25% of shares in Sumyoblenergo and Odesaoblenergo on the stock exchange in October.

The decision is stipulated in fund resolution No. 1345 of September 14 which was published in the Vidomosti Pryvatyzatsii newspaper.

According to the report, in November 5% of shares in Odesa Port-Side Plant, Sumykhimprom, Odesa and Kherson combined heat and power plants will be sold, along with 5% of shares in Zaporizhiaoblenergo, which has not yet had any of its shares sold, and 25% of shares in DTEK Dniprooblenergo and Kyivenergo, which will be left in state ownership after privatization tenders. 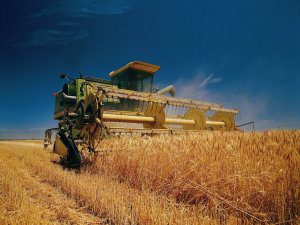 KYIV. Sept 24 (Interfax-Ukraine) – The Board of the International Finance Corporation (IFC) has approved a project on the provision of debt financing of up to $35 million to Ukrainian agricultural holding Astarta.

IFC Spokesperson Olena Harmash told Interfax-Ukraine that the credit agreement is being prepared for signing.

As reported, the project will help Astarta to ensure financing of its working capital to accumulate soybeans in the harvesting period when farmers have the largest soybean stocks and prices are low as a rule.

Astarta would produce soybean meal, butter and husk, creating products with higher added value. The rest of the soybean purchases will be financed using company funds.

Astarta is a vertically integrated agro-industrial holding comprising five regional divisions in Poltava, Vinnytsia, Khmelnytsky, and Kharkiv regions. It is composed of nine sugar factories, agricultural farms with a land bank of about 245,000 hectares, and dairy farms. 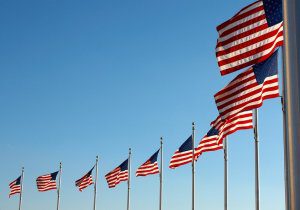 KYIV. Sept 24 (Interfax-Ukraine) – The office of Kharkiv region intended for lobbying social, humanitarian and commercial interests of the region at all levels has been opened in Washington.

U.S. Ambassador to Ukraine Geoffrey Pyatt said at a briefing in Kyiv on Tuesday that the office was created under the initiative of Kharkiv Regional Administration with support of the U.S. Embassy to Ukraine, the U.S.-Ukraine foundation and NGO GloBee International Agency for Regional Development.

He said that leaders of Kharkiv region today are focusing on the idea of reforms and the building of new democratic institutions. These are critically important conditions for economic growth, and if the course is observed, Kharkiv region would be in the lead of the economic development of independent and integrated Ukraine, he said.

“The U.S. will be a partner in the process,” the diplomat said.

“I could assure that the office will operate on the permanent basis. We’re considering the U.S. as a partner, the partner, without which it would be difficult to conduct reforms,” he said.

The office with six employees (among whom is Robert A. McConnell, former Assistant Attorney General of the U.S. Department of Justice and former Vice President of CBS Corporation) is located in the center of Washington. 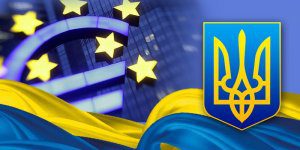 KYIV. Sept 23 (Interfax-Ukraine) – The signing of the memorandum of cooperation between Ukraine and the EU with the Council of Europe on the implementation of the Comus project is a step towards using Ukraine’s cultural legacy for the economic development of the country, Deputy Culture Minister on European Integration Andriy Vitrenko has said.

“The main part about the realization of the project is first of all opening up new opportunities to attract the experience of European partners to use the cultural legacy [of Ukraine] as a significant instrument for economic development under Ukrainian conditions,” Vitrenko said at a briefing in Kyiv on Tuesday.

He said that the goal of the memorandum, which was signed in Tbilisi on September 18, is to enhance the cultural legacy of Ukraine for the socio-economic development of small and medium sized towns, as well as to enhance European regional partnership. 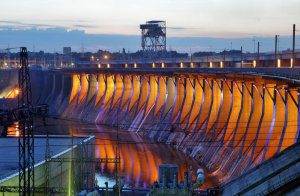 KYIV. Sept 23 (Interfax-Ukraine) – Public joint-stock company Ukrhydroenergo is considering the possibility of building six hydroelectric power plants on the Dniester River with a total capacity of 324 MW, Ukrhydroenergo Head Ihor Syrota said at the 13th international forum “Fuel and Energy Complex of Ukraine: The Present and the Future,” which was held in Kyiv on Tuesday.

He said that the company plans to start realizing the project in 2015-2016.

Syrota said that the project is of social importance as it includes the development of infrastructure via the construction of bridges over the Dniester River in Ternopil, Khmelnytsky and Chernivtsi regions.

According to the materials of the Energy and Coal Industry Ministry, the total cost of the project to build a cascade of hydroelectric power plants and water reservoirs is estimated at $1.131 billion. The approximate term of the realization of the project is 2015-2024.