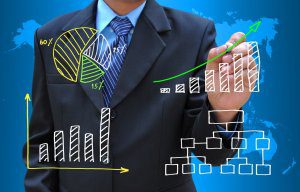 KYIV. April 5 (Interfax-Ukraine) – The Ukrainian authorities remain committed to the privatization of PJSC Odesa Port-Side Plant by the first half of 2017 and in parallel, they plan to initiate the privatization of a number of large state-owned enterprises (SOEs) identified for privatization by end-September 2017, according to a memorandum of Ukraine and the International Monetary Fund (IMF) published on Tuesday.
“In parallel, they plan to initiate the privatization of a number of large SOEs identified for privatization by end-September 2017: PJSC Centrenergo, Turboatom, whose shares will be immediately transferred to the State Property Fund of Ukraine (SPFU), and the regional energy distribution companies, obloenergos,” the IMF said.
According to the document, similarly, the Ukrainian government expects the adoption of legislation allowing for the full privatization of Ukrspyrt, Ukraine’s state-owned producer of spirits, which consists of about 150 related SOEs, by end-March 2017, with the objective to have the contest sale completed by end-September 2017.
Parliament will adopt amendments to the privatization law to improve transparency and safeguards, and to further streamline the privatization process for medium-sized enterprises by end-August 2017 (a new deadline for this structural benchmark, reset from end-December 2016).
In addition, based on the triage and facilitated also by the adoption of legislation to reduce the list of companies banned from privatization, expected by end-June 2017, we will develop a schedule for transferring additional SOEs from the line ministries to the SPFU. The shares of all companies that are planned to be offered for sale in 2017 will be transferred to the SPFU by end-March 2017.
The authorities also said that they will streamline and accelerate the privatization of small SOEs and of thousands of small assets (buildings, machinery, etc.) currently in state hands, including by holding electronic auctions through our ProZorro system. 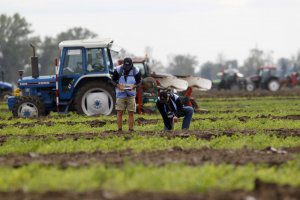 KYIV. April 4 (Interfax-Ukraine) – One of the largest crop protection agent and seed producer in the world Syngenta under the Good Growth Plan has been implementing the project to fight degradation of farms on the basis of the Syrokodostup farm (Kyiv region) until 2020.
One of the company’s commitments aims at solving the urgent problem of farm production: to save as much farmland as possible from degradation, the company said.
The company said that the project in Ukraine will last for five years. The company started implementing it in 2015 on 280 ha of Syrokodostup farm. The land bank of the company is around 3,500 ha.
Syngenta attracted scientists from institutions to study soil and give recommendations how to reclaim it. Syngenta is financing the studies, while the farm is obliged to stick to the recommendations using own funds. The soil changes are being monitored.
Under the Good Growth Plan in Ukraine Syngenta is committed to increase sustainability of planting corn (8%) and sunflower (15%) without expansion of areas, water consumption and other expenses.
The company selected farms in three regions – Vinnytsia, Kyiv and Cherkasy. They will take part in the project.
The company’s experts have drawn up a so-called protocol for each farm aimed at boosting the yield of some crops. In 2016, the yield of corn was increased by 5.5% and sunflower – by 6.7%.
Syngenta also trains farmers how to work safely with crop protection agents. In 2016, Syngenta specialists conducted labor safety seminars for almost 700 farmers.
Syngenta has six global commitments under the Good Growth Plan until 2020, including the increase of average productivity of the world’s major crops by 20 percent without using more land, water or inputs, the improvement of the fertility of 10 million hectares of farmland on the brink of degradation, enhancement of biodiversity on 5 million hectares of farmland, reaching 20 million smallholders and enable them to increase productivity by 50%, training 20 million farm workers on labor safety, especially in developing countries and striving for fair labor conditions throughout our entire supply chain network.
Syngenta is a leading agriculture company helping to improve global food security by enabling millions of farmers to make better use of available resources. Through world class science and innovative crop solutions, our 28,000 people in over 90 countries are working to transform how crops are grown. 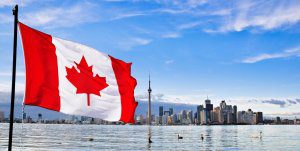 KYIV. April 4 (Interfax-Ukraine) – President of Ukraine Petro Poroshenko has signed the law on ratification of the free trade agreement between Ukraine and Canada.
According to the press service of the Ukrainian president, this agreement was signed during the visit to Ukraine of Canadian Prime Minister Justin Trudeau on July 11, 2016.
The agreement will enter into force on the first day of the second month after the parties’ receiving the notice on completion of the procedures required for its entry into force.
“From the entry into force of the agreement, Canada will open 98% of its market of goods that are subject of bilateral trade for Ukrainian exporters. Considering the different level of economic and social development of Ukraine and Canada, the parties will apply the principle of asymmetric tariff obligations, which will allow our state to adapt trade with this country in terms of free trade,” the report reads.
The document contains a number of norms and obligations related to non-tariff measures that will help ensure that access to the markets will not be limited to unjustified barriers to trade. 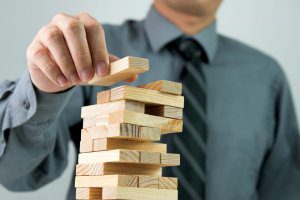 KYIV. April 4 (Interfax-Ukraine) – Prime Minister of Ukraine Volodymyr Groysman has met with President of Korean Corporation Posco Daewoo Kim Young-Sang, during which the parties discussed potential projects for investing in Ukraine.
“We are interested to create added value in the territory of Ukraine and it is clear that for this we need new investments and projects, including those that we can consider in terms of the development of our agroindustrial complex, which have an extremely high potential. The matter concerns production in the territory of the country,” Groysman said.
According to the Ukrainian prime minister, the government is taking measures to create favorable conditions for business and is ready “to provide 100% turn-key” support to those business projects that are implemented in Ukraine.
The Posco Daewoo president, in turn, expressed interest in investing in a grain port terminal and opening a full-fledged division of the company in Ukraine.
In addition, the company is interested in cooperation with Ukraine in the direction of production of electric vehicles and is ready to contribute to the creation of a national brand. 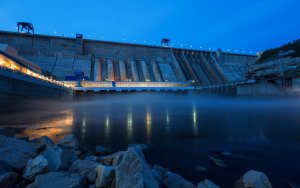 KYIV. April 4 (Interfax-Ukraine) – PJSC Ukrhydroenergo in 2016 doubled net profit compared to 2015, to UAH 2.21 billion.
According to a company report posted on the website of the Ministry of Energy and Coal Industry, its net income last year increased by 34.2%, to UAH 5.998 billion, gross profit by 47.9%, to UAH 3.327 billion.
Electricity production by the nine hydro power stations and hydroelectric pumped storage plants of the company in 2016 increased by 35.6% compared to 2015, to UAH 8.712 billion.
The forecast for the supply of electricity from the Ukrhydroenergo plants for 2017 is 10.794 billion kWh. 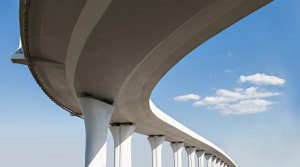 ODESA. April 4 (Interfax-Ukraine) – Ukraine and Moldova have agreed on the construction of a bypass road near Palanca, which will allow overhauling the bridge on the Odesa-Reni highway in the same locality.
According to the press service of Odesa Regional State Administration, a meeting of a group of deputies from the parliament of the Republic of Moldova and the Verkhovna Rada of Ukraine with the participation of Head of Odesa Regional State Administration Maksym Stepanov, Chairman of Odesa Regional Council Anatoliy Urbansky and Minister of Regional Development and Construction of the Republic of Moldova Vasile Bitca was held in Palanca. The participants in the meeting discussed the construction of a bypass road through the territory of Moldova for the overhaul of the bridge. The total cost of the project is UAH 76 million.
“The availability of this way will make it possible to quickly get to the southern regions of Odesa region and relieve traffic near Zatoka during the vacation season,” the press service said.
The Moldovan side promised by the end of the week to approve the project. It is planned that by April 7 all the decisions made will be stipulated in official documents.