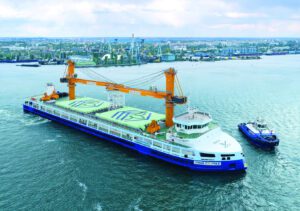 The self-propelled floating crane Nibulon Max of agricultural holding JV Nibulon LLC (Mykolaiv) has transshipped more than 5 million tonnes of products at Mykoaliv seaport and loaded more than 160 vessels in two years since its launch in October 2019, according to the website of the group of companies.According to it, 41% of all shipments were wheat, 38% – corn, 16% – barley, and 5% – rapeseed. Agricultural products were exported to more than 30 countries of the world.Nibulon specified that it reached its maximum transshipment volumes in August 2021 – 700,900 tonnes of agricultural products. The best quarterly indicator for the shipment of products was also recorded in the first quarter of the 2021/2022 marketing year (MY, July-June) – 1.83 million tonnes, 62% out of which were shipped due to transshipments in the outer roads.According to Nibulon’s data, the Nibulon Max floating crane, with a nominal daily loading capacity of 18,000 tonnes, loads Panamax-class vessels in three days. The presence of two cargo holds with a capacity of 13,400 cubic meters allows continuous operation even in the absence of a non-self-propelled fleet, since it is able to carry out loading and unloading operations in its own holds. Also, it can store cargoes when foreign-going vessels are not available, thereby releasing fleet to transport cargoes.”Nibulon Max has considerably increased the company’s capacity to transport cargoes by river and to ship in the outer roads. According to the company’s specialists, the shipments by floating cranes can be soon increased by 26%, thereby enabling the company to efficiently use its own capacities in the outer roads. The shipment capacity now comprises 6 million tonnes [annually],” the company said.Nibulon was established in 1991. It has 27 transshipment terminals and reception complexes, storage capacity of 2.25 million tonnes and a fleet of 82 units (including 23 tugs), as well as the Mykolaiv shipyard.Nibulon cultivates 82,000 hectares of land in 12 regions of Ukraine and exports agricultural products to more than 70 countries.During the navigation period of 2020, the fleet of the Nibulon company transported a record 4.14 million tonnes of cargo, exceeding the figure of 2019 (3.8 million tonnes) by 8.9%. 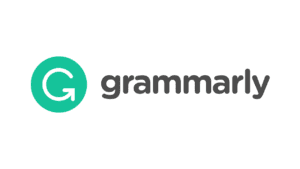 Grammarly, an IT company with Ukrainian roots, has attracted more than $200 million in investments from venture capitalists Baillie Gifford and BlackRock, according to a press release from the company.According to the announcement, Grammarly has reached a valuation of $13 billion.Grammarly plans to use the investment to accelerate product innovation and team growth.“Grammarly’s latest funding round underscores the importance of our mission and the broad need for effective communication,” Grammarly CEO Brad Hoover was quoted as saying.The company will also continue to promote its natural language processing and machine learning technologies to provide personalized feedback to users around the world.“We’re delighted to partner with the team at Grammarly to democratize effective communication. As the world has digitized, people communicate more than they ever have – yet it has never been so difficult,” Peter Singlehurst, Head of Private Companies at Baillie Gifford said.“What attracted us is the company’s vision and the team’s ability to drive the product forward to help more people in more situations communicate better. Grammarly’s long-term and ambitious approach also aligns with our approach to investing. We look forward to many years of partnership with Grammarly,” he said.The company also said that the number of Grammarly employees has almost tripled since 2019, and thanks to the recently announced hybrid model of remote work, the company is hiring employees in the United States, Canada and Ukraine.Grammarly was founded in 2009 by Kyiv residents: Max Lytvyn, Alex Shevchenko, and Dmytro Lider. Its offices are located in Kyiv, San Francisco, New York and Vancouver.Grammarly is an online grammar checker service created by Grammarly Inc. It automatically detects potential grammatical, spelling, punctual, verbal and style errors. The service is available in a web editor, desktop app, as well as extensions for Chrome, Safari, Firefox and Edge browsers, mobile keyboards, and an add-in for Microsoft Office. 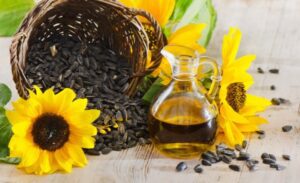 Delta Wilmar Ukraine LLC, a member of the group of the transnational corporation Wilmar International, on November 15 at the plant in the village of Novi Biliary (Odesa region) launched the tenth line for bottling sunflower oil under the Chumak brand, which will also become the second line for filling oil in containers of 1.8 liters, 3 liters and 5 liters, according to the company’s Facebook page.According to him, the sales market for products in containers of increased volumes is the Middle East and Africa, where people live mainly in large families and, accordingly, buy oil in large containers.The sunflower oil producer specified that its products are exported to 40 countries of the world.As reported, Delta Wilmar in 2020 opened a new workshop for processing and packaging margarine and fat products at an enterprise in Odesa region, investments in which amounted to more than $ 29 million.Delta Wilmar Ukraine LLC is part of the group of the transnational agro-industrial corporation Wilmar International, the market capitalization of which is estimated at $ 22 billion.In Ukraine, it owns two plants – one for processing tropical oils, the other for processing oilseeds, as well as a complex for transshipment of vegetable oils in Pivdenny port. All enterprises are located in the village of Novi Biliary, 30 km from Odesa.In the 2020/2021 marketing year (September-August), the company produced 153,000 tonnes of refined sunflower oil, its share in the Ukrainian product market was 16.6%.

OVOSTAR’S EBITDA FALLS BY 29% IN JAN-SEPT 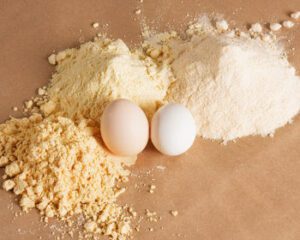 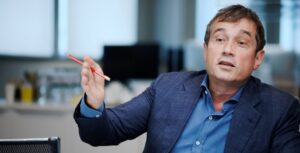 Entrepreneur Vasyl Khmelnytsky, as a loan guarantee, indirectly owns 20% of shares in the European company TKB Pacific Worldwide, which in turn owns 25% in Russia’s INK-NefteGasGeologiya, but plans to withdraw from shareholders by the end of 2022 after full repayment of the loan.
“I’m not doing business in Russia and have not invested in the acquisition of shares of Irkutsk Oil Company (INK),” Khmelnytsky commented to Interfax-Ukraine on the publication of the Russian edition of Forbes that he could be a co-owner of several INK assets.
The Ukrainian businessman explained that he has known the owner of TKB Pacific Worldwide for 35 years (according to Forbes, 80% of the company belongs to Russian woman Arina Nikolaeva).
“The securities are registered for me with the right to buy back. At the moment, most of the loan has already been repaid. I do not take part in operating activities and management. I do not receive dividends from activities,” Khmelnytsky stressed.
He clarified that in 2017, TKB Pacific Worldwide exercised an option to purchase a 25% stake in subsidiary INK-NefteGasGeologiya, whose oil production does not exceed 2% of INK’s total oil production.
“I have nothing to do with this transaction and do not receive income from the securities of the Russian company,” the Ukrainian businessman said.
The Russian edition indicated that INK-NefteGasGeologiya holds licenses for the Ayan block and the Ayan gas field.
Khmelnytsky in October 2017 united his business projects and social initiatives under the brand UFuture Investment Group (Brussels). UFuture is a holding company with a diversified portfolio of assets in real estate, infrastructure, industry, renewable energy, pharmaceuticals and IT. UFuture’s assets are estimated at $ 550 million. The total capitalization of the businesses in which it has invested exceeds $ 1 billion. 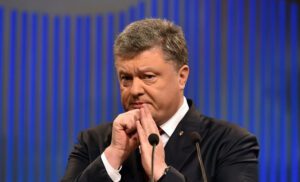