The new technology of prefabricated one-story residential buildings makes it possible to provide people with high-quality houses as quickly as possible.
Ruukki sandwich panels are used as load-bearing and envelope structures of houses, which allows to reduce the cost of construction due to the absence of the need to build a frame. At the same time, cottages become highly energy efficient (heat transfer resistance R = 7.43 m2K / W) and durable (lifetime is more than 50 years).
Rauta has developed several practical layouts for sandwich panel cottages ranging from 26 m2 to 139 m2. At the same time, layouts with an area of ​​26 m2 and 49 m2 can be placed in blocks with common partitions. This solution allows to further reduce the cost of construction, as well as to build settlements for people in dire need of housing as quickly as possible.
“The key goal of this project was to create reliable, functional and energy-efficient houses with the shortest possible construction time,” said Andriy Ozeychuk, Rauta director. “The ergonomics of the layouts are deliberate so that even in a house with an area of ​​​​only 26 m2, a family of 3-4 people can live comfortably.”

EXPERTS: BILLS ON REFORM OF ARCHITECTURAL CONTROL SHOULD BE DEVELOPED INVOLVING PROFESSIONAL COMMUNITY 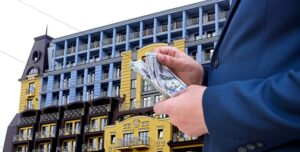 Bills on the reform of architectural and construction control should be developed with the direct participation of the architectural professional community.
This opinion was expressed by President of the National Union of Architects of Ukraine Oleksandr Chyzhevsky during a press conference devoted to how bill No. 5655 can destroy the architecture of Ukraine and architects as a profession held at Interfax-Ukraine.
“We highly and positively assess the efforts of legislators to eradicate corruption in the construction industry by introducing elements of the Unified Electronic System into practice. This should become a part of the overall process of digitalization of the country, the introduction of ubiquitous e-government. However, the professional community is protesting against the provisions of bill No. 5655, which curtail the powers of the architect and unbalance the industry as a whole,” Chyzhevsky said.
According to Deputy Chair of the Architectural Chamber of the National Union of Architects Anna Kyrii, today none of the numerous amendments that were transferred to the text of bill No. 5655 have been taken into account.
“In its current version, bill No. 5655 unprecedentedly deprives architects of the rights and opportunities to influence and control their project,” Kyrii said.
Kyrii called “the destruction of authorship as such” the most painful blow.
“For some reason, the creators of the bill pay attention to only one point, which directly determines that authorship is deprived if the project is carried out using budgetary funds. Yes, this point is the most terrible, because the architect is deprived of copyright property rights to the project even before that moment he began to design. However, this is not the only moment – dozens of points of the bill, one way or another, deprive or squeeze the rights of the architect, or discredit the architect in front of the rest of the project,” Kyrii said.
At the same time, the expert said that the practice of attracting famous architects to the implementation of projects significant for society, which are financed from budgetary or donor funds, is popular all over the world. And this increases the credibility of both customers and architects.
According to Chair of the expert commission of the Architectural Chamber of the National Union of Architects Olha Podushkina, the property rights of architects are protected by the law of Ukraine on copyright and related rights (section II, Article 15).
“And although the majority thinks that an architect’s copyright is about ownership of an idea and concept, in fact, an architect’s copyright is primarily about his responsibility for the quality and safety of the project,” Podushkina said.
The expert said that for an architect, a project is not only a set of reinforced concrete structures, glass and engineering systems, but a harmonized spatial structure of the human life environment, which should be created taking into account aesthetic principles, reliability, environmental friendliness, and functional comfort. “Only an architect can organize the process of implementing his project and help the customer to obtain a high-quality product. Only an architect can control the implementation of the designed solutions that shall meet all standards. Only in this case the building will serve the projected period, it will be safe and comfortable, aesthetically pleasing and environmentally friendly,” Podushkina said.
According to Kyrii, the current version of bill No. 5655 creates a corruption risk for projects implemented using budgetary funds: if, after the approval of the project and its estimate, the customer, seeking to save money, makes a choice in favor of materials and solutions of lower quality.
“If the architect does not have leverage to influence this choice, and this is also a security issue, buildings will simply come down with cheaper materials. On the other hand, if accounts are settled according to the previously approved estimate, and cheap materials are used, who will check it? and who will be responsible for this?” Kyrii said.
Chyzhevsky said that the rights of architects should be harmoniously combined with responsibilities.
“Duties can be fully fulfilled only when there are full rights, in particular, property copyright,” Chyzhevsky said.
The experts called the creation of the Urban Development Chamber as another controversial point of the bill.
According to Kyrii, this initiative leads to the strengthening of centralized power instead of expanding the rights of horizontal structures, i.e., in fact, it leads to the leveling of the very practice of self-regulation.
According to her, bill No. 5655 will unbalance the entire system.
“An architect is deprived of his rights and at the same time he is entrusted with even greater responsibility. We are becoming even more dependent on those who are still in charge of the market. The main resource is concentrated in the developers, those who distribute funds. In most cases, they are the initiators of violations of state building codes, saving resources, replacing quality materials with cheaper ones,” the expert said.
She drew attention to the fact that at the same time, it is for developers that the current version of the bill expands the rights.
“The Urban Development Chamber will supervise the responsible executors of the works, and the developers will receive both property copyrights and urban planning control, which they can order from legal entities,” Kyrii said.
According to Chyzhevsky, the organization of separate bodies with the broadest possible powers is extremely dangerous.
“This creates many additional levers of influence on responsible executors, which is demonstrated by the experience of SACI,” Chyzhevsky said.
The expert said that self-regulation is a sign of our times.
“On the one hand, this is a component of the formation of civil society, which ensures stable democracy, which is so important for our country. On the other hand, the implementation of the powers delegated by the state, the process of certification of a creative employee by a creative employee, which is implemented by the National Union of Architects, meets not only the recommendations of the World Organization of Architects, but also the obligations of the state of Ukraine to the WTO and the EU,” Chyzhevsky said. 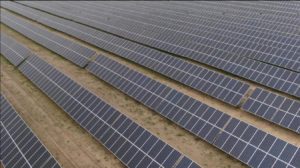 VR Capital Group (the United States), an alternative asset manager specializing in global emerging markets, has acquired the remaining stake in alternative energy projects jointly developed with ICU independent asset management, ICU reported on its website.
According to the report, deal covers green energy facilities in Kamyanets-Podilska solar plant (64 MW) in Khmelnytsky region, Solar Capital energy company (35 MW) in Kherson region and a number of small stations in Mykolaiv region (with a total capacity of 127 MW).
Terms of the transaction were not disclosed.
The ICU only said the transaction has been approved by the Antimonopoly Committee of Ukraine on July 4, 2019.
“I am still confident that these assets are in good hands and that the key alternative energy sector in Ukraine is positioned to attract further large foreign investments. We see a great potential in our economy and we continue our work with international investors,” said ICU managing partner Makar Paseniuk.
He said that VR Capital has been a visionary among western investors in understanding the enormous potential of Ukraine and being ready to support the country even during difficult times.
VR Capital Group Ltd., through its principal subsidiaries including VR Advisory Services Ltd (together, VR Capital Group) is an alternative asset manager with assets under management in excess of $4.5 billion. VR Capital Group’s external client base is primarily composed of institutional investors from the United States and Western Europe, including university endowments, charitable foundations, family offices and institutional asset allocators.
Founded in 2006, ICU is Ukraine’s leading asset manager with over $500 million in assets under management. Managing Partners Makar Paseniuk and Konstantin Stetsenko are majority shareholders of ICU.