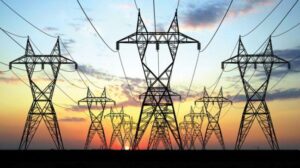 IN SOUTH OF KIEV REGION SOWING CONTINUES, IN NORTH IN NUMBER OF AREAS THERE IS NO COMMUNICATION AND ELECTRICITY

Communications and power supply are still missing in the Ivankivska, Dymerska and Polesie united territorial communities of the Vyshgorodsky district of the Kiev region, previously liberated from occupation, measures are being taken to normalize the situation and restore infrastructure in them, said the head of the Kiev regional military administration Oleksandr Pavlyuk.
“The Vyshgorod, Petrovskaya and Pirnovskaya communities are unchanged, the population is provided with the necessary assistance … Slavutych still needs food and medicine,” Pavlyuk wrote in Telegram on Tuesday.
In the Buchansky and Brovarsky districts, where the fighting took place, demining and clearing work continues. Emergency teams are working to restore water, electricity and gas supply. Law enforcement officers fix the crimes caused by the invaders against the civilian population.
In Obukhovsky, Borispolsky, Belotserkovsky and Fastovsky districts of the Kiev region, according to the head of the regional administration, the situation is calm and controlled. “The sowing campaign continues. Critical infrastructure facilities are operating as usual,” Pavlyuk wrote.

POLISH COMPANIES PLAN TO INVEST IN ELECTRICITY IMPORTS FROM UKRAINE 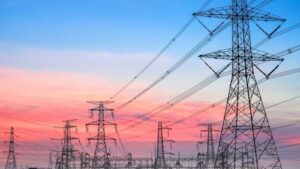 Orlen Synthos Green Energy, established by the Polish PKN Orlen and Synthos Green Energy, plans to implement an investment project that will allow importing electricity from Ukraine, according to a statement on the PKN Orlen website.
“Electricity that could be transferred to Poland will come from the Khmelnytsky NPP in Ukraine. Its import based on the modernized infrastructure will help meet the needs of the Polish industry and reduce Poland’s dependence on hydrocarbon-based energy sources,” the company informed.
At the same time, Orlen Synthos Green Energy is called upon to carry out the process of technical measures necessary for the implementation of this project.
“This is another project that Orlen Synthos Green Energy plans to invest in,” PKN Orlen emphasized.
In particular, the company will also be responsible for the preparation and commercialization of micro and small nuclear reactor (MMR and SMR) technologies in Poland. 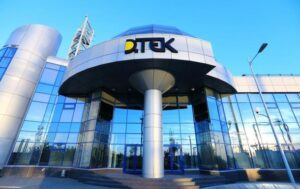 JSC DTEK Zakhidenergo continues to buy out all the proposed interstate section capacity for exporting electricity to Poland at daily auctions for April, according to data on the website of NPC Ukrenergo.
According to the published results of the auction for April 2-6, the company bought 190 MW of distributed power for each hour of the day.
According to the data on the ENTSO-E website, from April 1 to April 5, exports are the same – in a flat schedule of 190 MWh all day.
As of April 6, data are not yet available.
As reported, on March 28, Ukrenergo resumed daily auctions for the purchase of interstate cross sections for the export of electricity to Poland. All import-export auctions were suspended on February 24 due to the entry of the Ukrainian power system into an isolated mode as part of synchronization with ENTSO-E.
The power systems of Ukraine and Europe switched to synchronous operation on March 16.

EUROPEAN COMMISSIONER FOR ENERGY: EXPORT OF UKRAINIAN ELECTRICITY HAS POSITIVE EFFECT ON POLAND 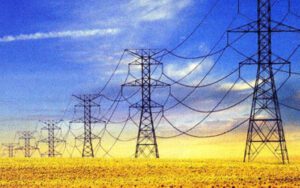 European Commissioner for Energy Kadri Simson believes that the export of electricity from Ukraine has a positive effect on Poland, the Energy Ministry said.

“Kadri Simson stressed that Ukraine, after synchronization, is already becoming an important factor in the reliable operation of the European energy system. She noted that the auctions launched for the export of electricity from Ukraine to Poland had a very positive effect on the energy supply of the latter,” the ministry said in a statement following an online meeting with European Commissioner for Energy Minister German Galushchenko on Thursday.

According to the release, the parties also discussed issues of compliance with the nuclear safety of Ukraine and Europe in the context of the visit of IAEA Director General Rafael Grossi to Ukraine.

Galushchenko, referred to by the press service of the ministry, during the meeting noted that the head of the IAEA recognizes Ukraine’s significant potential in nuclear energy.

At the same time, the minister pointed out that the presence of Russian troops at nuclear facilities not only threatens nuclear safety, but can also cross out the prospects for the development of the Ukrainian nuclear industry.

In addition, the head of the Ministry of Energy once again emphasized that Ukraine can help European countries “jump off the hook” of Russian fossil fuels, in particular by providing its underground gas storage facilities and electricity supplies.

“Coordination of the position of Ukraine and Europe is very important for ensuring nuclear and energy security,” Galushchenko stressed.

As reported, NPC “Ukrenergo” on March 28 began holding auctions for access to interstate cross-sections for the export of electricity to Poland.

Prior to this, all import-export auctions were stopped due to the entry of the Ukrainian energy system into an isolated mode from February 24. The unification of the energy systems of Ukraine and Europe took place on March 16, after which work began on the resumption of the commercial exchange of electricity. Other destinations are not yet open.

Export to Poland starts from March 30th. All the capacity offered at daily auctions for March 30-April 2 was bought by DTEK group companies – D.Trading LLC 210 MW on March 30, DTEK Zakhidenergo JSC 210 MW on March 31 and 190 MW each on April 1 and 2.

1,003 SETTLEMENTS STAY WITHOUT ELECTRICITY IN UKRAINE 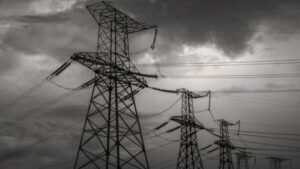 As of 9:00 am on March 14, some 1,003 settlements remain without power in Ukraine, the State Emergency Service of Ukraine reports.

“Currently, 1,003 settlements have been de-energized, of which 20 are partially without power. The State Emergency Service has involved 12 generators to provide emergency power supply to social facilities, of which five are to provide electricity to hospitals,” the telegram channel says.