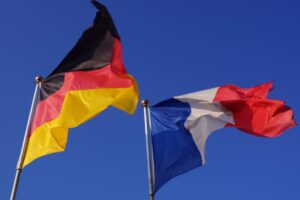 German Foreign Minister Annalena Baerbock said that she would soon visit Ukraine along with French Foreign Minister Jean-Yves Le Drian and they would visit the country’s eastern regions.
“The two of us will soon visit Ukraine again, we will go to the contact line in Donbas, since in recent weeks I have received information about how much the civilian population is suffering: women, children, young people, the elderly. We have lost sight of them. We must talk about security and peace in the region,” Baerbock said at a joint press conference with Ukrainian Foreign Minister Dmytro Kuleba in Kyiv on Monday.
In turn, Kuleba said that during the joint visit of Baerbock and Le Drian to Ukraine, their trilateral meeting will take place, during which they will discuss in detail the prospects for a meeting of Normandy format’s Foreign Ministers.

KUBRAKOV: FRANCE MAY PROVIDE UKRAINE WITH ANOTHER EUR 1 BLN INVESTMENT IN CONSTRUCTION PROGRAM 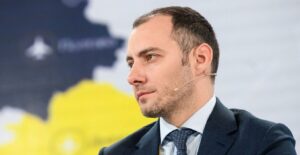 France could potentially provide another EUR 1 billion in investment in the Big Construction program, Ukrainian Infrastructure Minister Oleksandr Kubrakov wrote on his Facebook page on Tuesday evening. “In 2021, Ukraine and France signed a Framework Agreement with a total value of EUR 1.3 billion. The new directions that we presented recently will potentially add another billion in investments,” the minister said.
According to him, the Big Construction program of President Volodymyr Zelensky this year gave the first noticeable results, which attracted the attention of the French government and French companies to Ukraine.
He recalled that in the summer the Ministry of Infrastructure began cooperation with France’s Aerogestion on the optimal model for creating a national air carrier, and by the end of this year it is planned to present the results and possible solutions to the government.
“As part of the development of the concept of the national air carrier, we are also exploring opportunities for cooperation between Antonov State Enterprise and AirBus in cargo transportation and provision of firefighting aircraft. These are ambitious and difficult projects that are inspired by the idea of Greater Europe, because the European Union itself began not only from coal and steel, but also from the first European aircraft,” Kubrakov said.
In addition, Kubrakov said that a project for the construction of a new road on the Krakovets-Lviv-Brody-Rivne route was presented in Paris, to which a company with a private initiative has already joined.
“By the end of the year, the development of a feasibility study will be completed, and next year we expect a competition and the launch of the project. The expertise and experience of French road companies in such projects are extremely valuable,” the minister of infrastructure of Ukraine said.
According to him, cooperation between the two countries will also influence the Ukrainian railway – now the contract between Ukrzaliznytsia and France’s Alstom for the purchase of locomotives is being finalized.
As reported, earlier, in the presence of Zelensky, an agreement on the provision of 130 new Alstom freight electric trains produced by France to Ukrzaliznytsia was signed. 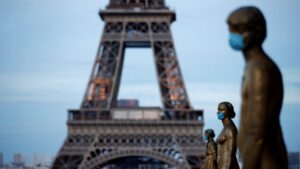 UKRAINE GETS FIFTH HELICOPTER FROM FRANCE UNDER CONTRACT WITH AIRBUS HELICOPTERS 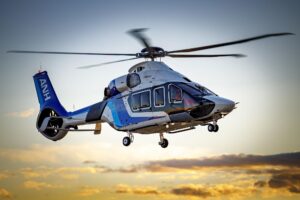 The Aviation of the Interior Ministry of Ukraine this year has received the fifth out of 28 helicopters under a contract with the French company Airbus Helicopters, Interior Minister Arsen Avakov has said.
“Today, the National Guard has already in its arsenal four modern French aircraft. Their pilots have passed theoretical and practical training abroad. The helicopters perform civil protection tasks on the territory of Ukraine. In particular, they are involved in the operational movement of the National Guard personnel over long distances, performing certain tasks, evacuation of the sick and wounded, search and rescue measures. We make the country service-oriented to people and even safer,” he said.
The minister stressed that this is the fourth H-225 helicopter, which will begin to perform combat missions by units of the National Guard of Ukraine.
He also noted that the contract with Airbus Helicopters for the supply of 55 helicopters is being successfully implemented, and by the end of 2021 Ukraine will receive 28 helicopters as part of the formation and development of the aviation security system of the Interior Ministry.

FRANCE AND UKRAINE TO HOLD CONSULTATIONS ON RECOGNITION OF VACCINATION CERTIFICATES 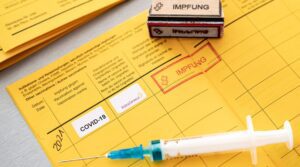 Ukrainian Foreign Minister Dmytro Kuleba held a telephone conversation with French Foreign Minister Jean-Yves Le Drian at the initiative of the French side.
“Dmytro Kuleba separately touched upon the issue of France’s recognition of Ukrainian certificates of vaccination against COVID-19. The parties agreed that the corresponding Ukrainian-French consultations will soon take place,” the Ukrainian Foreign Ministry said on Thursday.
The ministers noted the unprecedentedly high level that bilateral relations between Ukraine and France have now reached. The French minister expressed satisfaction with the close dialogue he had with his Ukrainian counterpart.
Le Drian expressed his gratitude to Kuleba for his personal assistance in the quick and well-coordinated relocation of the French Embassy in Ukraine to the new premises.
“The ministers welcomed the active development of economic cooperation, in particular the conclusion of four strategic intergovernmental agreements totaling more than EUR 1.3 billion. The parties positively noted a recent visit of a plenipotentiary delegation of the Movement of the Enterprises of France [MEDEF] to Ukraine, which included top leaders of a number of French companies,” the Ministry of Foreign Affairs of Ukraine said.
The parties also discussed the prospects for the Normandy format at all levels: heads of state and government, foreign ministers, and advisers to leaders.
“Kuleba noted that Ukraine highly appreciates the efforts of France in the framework of the Normandy format, which despite the provocative behavior of Russia, remains the main platform for the settlement of the Russian-Ukrainian armed conflict,” the ministry said.
In addition, Le Drian explained in detail to Kuleba the motives behind a recent German-French initiative to restore the EU’s dialogue with the Russian Federation, which did not find support among the EU member states.
“The French minister stressed that Paris is in favor of a demanding dialogue towards Moscow. The head of Ukrainian diplomacy recalled that the EU suspended summits with Russia in 2014 as a result of Russia’s aggression against our state, and without constructive steps from the Russian side, there are no grounds to talk about the restoration of this format of a dialogue,” the report said. 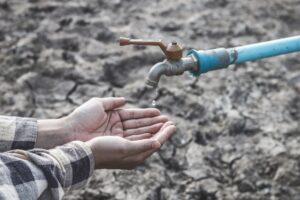 The Cabinet of Ministers of Ukraine has signed a framework agreement with the French government on loan financing of projects to modernize water supply systems in Kyiv and Luhansk region in the amount of EUR 70 million each.
According to the draft decree of the Cabinet of Ministers on the signing of a framework agreement, a concessional treasury loan in the amount of EUR 70 million will be directed to the reconstruction of water supply facilities of the Dnipro and Desnianska waterworks. The project will improve the quality of water for a quarter of the capital’s population, says the government’s press service.
The second loan in the amount of EUR 70 million will finance a project to reconstruct the infrastructure for the production and distribution of drinking water at Popasna District Vodokanal utility company. As a result of modernization, it is planned to achieve a volume of water flow of 135,000 cubic meters per day, which will provide drinking water for more than 20 settlements.
Under the terms of the agreement, the loan is provided for 40 years, including a 15-year grace period. The loan rate is 0.0092% per annum. The condition for the provision of funds is the purchase of goods and services from France in the amount of at least 70% of the loan amount for the implementation of the project.
In addition, in order to obtain a loan, contracts between French suppliers and the project implementer must be accepted for execution by the end of 2022, and the loan must be selected by the end of 2026.