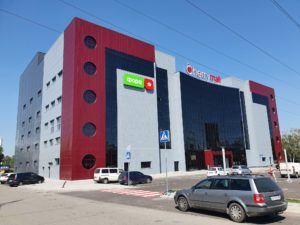 Fozzy Group has opened a new supermarket Fora with an area of 1,500 square meters in the Cherry Mall trade and entertainment center (Vyshneve, Kyiv-Sviatoshynsky district of Kyiv region), expanding the network to 244 objects.
“One of the main anchor tenants, the modern Fora supermarket, has opened in the new Cherry Mall trade center. The operator is located on the ground floor of the shopping center on an area of about 1,500 square meters,” the press service of UTG, the exclusive agent for leasing retail space in Cherry Mall, said.
The assortment of the store includes 5,000 commodity items. In addition to six self-service cash desks, it has five regular cash desks and two express cash desks.
The retailer’s press service told the Interfax-Ukraine agency, the outlet is the largest one in the Fora chain. It became the 244th network object in Ukraine and the 221st one in Kyiv region.
According to UTG, the mall is completing internal repairs on leased space and is preparing for the grand opening of the mall. The total area of Cherry Mall will be 18,000 square meters, rental some 15,000 square meters, while 90% of the space has already been leased.
According to the company’s estimates, attendance at Cherry Mall in the first year will be about 15,000-18,000 people a day with the prospect of further growth to 20,000 people. 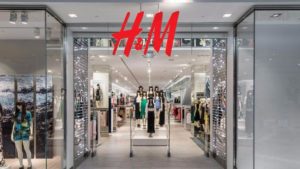 The Swedish owner of the clothing chain Hennes & Mauritz AB (H&M) will open a third store in Ukraine at River Mall shopping and leisure center at 12 Dniprovska Naberezhna Street on September 12.
As a press service of River Mall’s broker Colliers International (Ukraine) reported, the two-storey store with an area of 2,900 square meters will be designed in a new interior concept.
According to the broker, H&M Sport men’s collection will be on display in the new store for the first time in Ukraine. 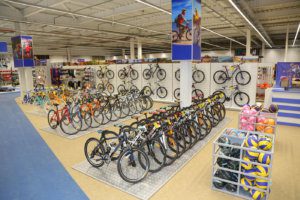 Epicenter K LLC (Kyiv), developing a network of eponymous DIY construction materials hypermarkets in Ukraine, as well as being the exclusive representative of the international sports brand Intersport, has opened the first multi-brand outlet shop Intersport in Ukraine. According to the press service of the company, the store is located in Berkovetska Street in Kyiv, its area is 2,800 square meters. Thus, the retailer expanded the network in Ukraine to 23 outlets.
“Brand clothes and Intersport’s own trademarks will be presented in the Intersport outlet in Berkovetska Street,” Director of Intersport Ukraine Yulia Maksymenko said. As reported, in 2015 Epicenter K signed a partnership agreement with Swiss-based IIC-Intersport International Corporation GMBH, which is one of the leaders in the world trade in sports goods.
The Intersport group of companies was established in 1968. The network has more than 5,500 stores in 44 countries of the world. 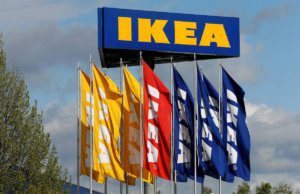 Sweden’s IKEA, the largest furniture and household goods retailer in the world, has officially announced the opening of a first store in Ukraine in the city store format in the shopping and entertainment center Ocean Mall in 2019. “The company will open its first store of the new city format in Kyiv in 2019. It will be one of the first IKEA city stores in the world… along with France, the U.K., Denmark, the United States and China. The store in Kyiv will be located in the shopping and entertainment center Ocean Mall,” the press service of the company said.
According to the announcement, the new format of the stores is smaller in size and located in the central part of the city to satisfy the demands of modern consumers who want to make purchases closer to home, as well as online.
“Taking into account the results of the market and consumer preferences study, our team has chosen the most favorable business model, which will enable IKEA to implement plans in Kyiv in the near future. In the new store of the city format, our buyers will get acquainted with the new IKEA approach to creating a comfortable life for as more people as possible,” IKEA Southeast Europe CEO Stefan Vanoverbeke said.
As reported, the report of the Swedish retailer for 2017 says that the company is testing a new city store format, one with a smaller area and closer to the city.
As was announced earlier, IKEA plans to open stores with an area of up to 5,000 square meters in Warsaw’s Blue City shopping and entertainment mall (Poland) and in the center of Paris (France). They will stock a smaller assortment of goods, with emphasis shifted to online commerce services.
In December 2017, IKEA announced plans to open the first facility in Kyiv within two years.
According to the press service, the development of the network in Ukraine will be under the aegis of IKEA Southeast Europe, which is part of the IKEA Group (Ingka Holding B.V.). The company is engaged in retail business IKEA in Croatia, Serbia, Romania and Slovenia. Swedish IKEA is one of the world’s largest retail chains for furniture and household goods. The owners of the IKEA Group are Ingka Holding B.V. and structures under its control.

AUCHAN TO LAUNCH NEW FORMATS OF STORES IN UKRAINE 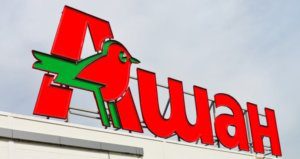 Auchan Retail Ukraine, part of French-based Auchan Holding, in April 2018 will open the first store in the “superstore” format (supermarket) under the name Auchan Zoriany with an area of 3,500 square meters in the Dafi shopping center, the press service of Auchan has told Interfax-Ukraine.
“We position this store as a “superstore,” a supermarket where, in addition to practical goods and everyday purchases, you can find products for pleasure, gastronomic specialties, our exclusive brands … “Proximity” is also one of the directions we plan to develop in Ukraine. The concept and location are now under consideration and development,” the press service noted.
According to its data, the focus in the new supermarket will be made on food and own production. In addition, the infrastructure of the facility will include a cafe.
In general, Auchan plans in 2018 to open several outlets in the “supermarket” format in Kyiv.
In addition, the French retailer plans to actively develop exclusive brands, which are represented only in the Auchan network, namely Cosmia (cosmetics), In Extenso (textiles), Actuel (household goods), and Qilive (electronics).