UKRAINE AND SLOVAKIA APPROVE CONDITIONS FOR USE OF UZHGOROD AIRPORT 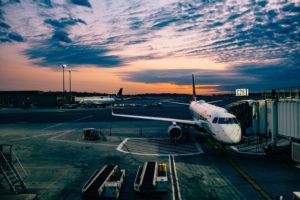 Ukraine and Slovakia have approved the contents of the agreement determining the conditions of the use of airspace of Slovakia at the Uzhgorod international airport, the Infrastructure Ministry of Ukraine has reported on its website.
The parties discussed the provisions of the intergovernmental agreement determining the conditions of the use of part of the airspace of Slovakia for the provision of air traffic services by a certain Ukrainian air navigation services prov
ider at the Uzhgorod airport and agreed on the draft version of the agreement.
“Prior to signing by officials authorized by the respective governments, the agreement is subject to domestic approval procedures in accordance with the procedures for the formal functioning of international agreements that exist in each country,” the ministry said.
Minister Vladyslav Krykliy said that the Ukrainian side would ensure the passage of domestic approval procedures as quickly as possible and hoped for the same actions by the Slovak side. м
He also said that during the visit of Slovak President Zuzana Čaputová to Ukraine on September 16, 2019, the heads of state confirmed the need to intensify the work of the parties in order to conclude the relevant agreement as soon as possible.