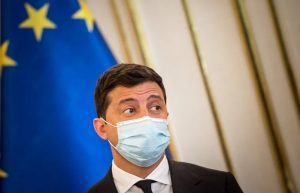 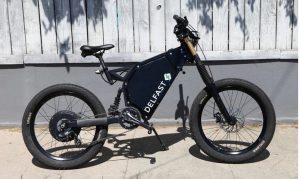 Daniel Tonkopiy, co-founder of the Ukrainian electric bike company Delfast, expects support from President of Ukraine Volodymyr Zelensky to build a plant for the production of Ukrainian electric bikes.
He wrote on his Facebook page that he plans to establish a serious production of tens of thousands of electric bikes a year with a design and engineering bureau, production of metal, plastic, electrical and electronic components, battery assembly, software development and much more, which is necessary for the production and assembly of electric vehicles.
“I presented our project to the president, told him that the Mexican police ride our bikes. Zelensky immediately offered his help in transferring Ukrainian police officers to our electric bikes: “We will help, you can contact me. Yes, directly. My team will help,” Tonkopiy said, citing the president as saying.
He also said that Zelensky announced his readiness to help Delfast to build a plant for the production of electric bikes, presumably in Kyiv region.
Delfast already has a confirmed demand for tens of thousands of bikes from customers around the world, Tonkopiy said.

ZELENSKY CALLS FOR MAINTAINING 5% TAX RATE FOR IT EMPLOYEES 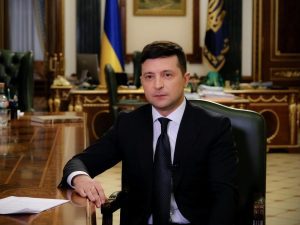 President of Ukraine Volodymyr Zelensky calls for maintaining the tax rate for IT employees at 5%, the President’s Office website reports.
“This industry in the country is developing not due to the state support, but due to the intelligence of Ukrainians. One of the steps that the state can take is not to increase the tax burden on this industry,” the president said at a meeting with representatives of IT business in Lviv within a working trip to the region.
Zelensky noted that at present it is one of the few professions that can not only ensure a decent standard of living, but also reform the state and help combat corruption.
“It is with digital that we can implement any important reforms. And what everyone is saying: we need honest customs, honest law enforcement agencies, we need to overcome corruption – we all understand that the human factor is very difficult to fix. But digital and IT industry can do it,” the president said.
The President of the IT Ukraine association, Taras Kytsmey, added that the Ukrainian IT industry has prospects for development and maintaining such a tax rate will facilitate the influx of personnel from abroad and ensure the retention of talented professionals in Ukraine. 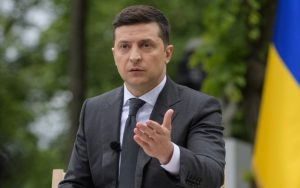 President Volodymyr Zelensky signed the law on amendments to certain Ukraine’s legislative acts on government support of culture, creative industries, tourism, small and medium businesses due to the restrictive measures related to the spread of coronavirus (COVID-19) disease.
“Creative industries, cultural institutions are among those which suffered most from lockdown. After all, their activities have stopped almost completely and now they live in total uncertainty. These are entire sectors of the economy that are now on the brink of survival. They also pay taxes and provide people with jobs, therefore, need no less support than traditional business sectors,” the head of the state said during signing the document.
The Verkhovna Rada of Ukraine adopted law No. 692-IX at second reading on June 16. It was supported by 343 MPs. The document establishes a reduction in property rental fees at the request of the tenant of a cultural institution engaged in entrepreneurial activity using this property, for the entire time that it could not be used.
The document also provides additional opportunities for radio by simplifying procedures by amending the law of Ukraine on advertising.
It is important that the document also stipulates the government support for cinematography in the form of providing a government grant for the development of film projects. It is noted that for national fiction, animated, documentary films, films for children (including artistic and cultural significance), films of artistic and cultural significance (copyright), television films, series and debut films, it can be up to 100% of total estimated cost inclusive.
Amendments are also being made to the law of Ukraine on the rental of state-owned and communal property in order to normalize the provision of paid services in the field of culture and arts by cultural institutions. 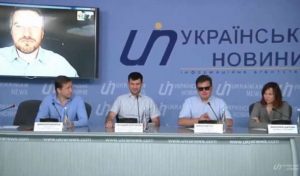 An action group, which consists of human rights activists, journalists, political scientists and other opinion leaders, has stated that it is necessary to replace public representatives in the Trilateral Contact Group (TCG) in Minsk. The action group also said that more effective negotiation platforms could be created if the government does not admit its mistakes.
According to members of the action group, the team of Ukrainian President Volodymyr Zelensky continues sabotaging the Minsk process by creating artificial obstacles for the implementation of his campaign promise to establish peace in Donbas as soon as possible.
Non-transparent appointment of negotiators as representatives of certain districts of Donetsk and Luhansk regions (ORDLO) and obviously secondary dependent people, who do not have enough authority among the internally displaced persons (IDPs), aroused distrust among a major part of the Ukrainian society and absolute non-acceptance among Ukrainian citizens, who live in the non-government controlled territories.
Special attention should be paid to the “background” of the new negotiators which mainly consists of active and intentional actions aimed at deepening the split in the Ukrainian society and discrimination of a part of citizens based on political, territorial and other grounds.
“The negotiations on the settlement of the situation in Donbas will succeed only if people, who are not involved in instigation of war, participate in them,” journalist, representative of NGO Freedom of Speech Center Dmytro Vasylets said.
Doctor of Political Sciences Oleksandr Semchenko said during the press conference that the president’s initiative to include public representatives in the delegation is good. However, the implementation of this initiative by Deputy Prime Minister Oleksiy Reznikov distorted and discredited the idea. The introduced negotiators are guided exclusively by private political interests and will not do any good.
“It is ordinary citizens who have suffered an unprofessional personnel policy of the President’s Office in first turn and became prisoners of the situation. For example, we are witnessing the fact that representatives of the self-proclaimed republics (Luhansk and Donetsk People’s Republics) have been unable to agree with the Ukrainian side on the opening of a checkpoint for a long time explaining this by the epidemiological situation. In fact, the reason is on the surface – a political protest caused by categorical non-acceptance of the public representatives in the Ukrainian delegation,” the leader of the Anti-War movement, Viktoria Shylova, said.
“We demand that the president of Ukraine intervene in the situation as soon as possible. It is not a mistake which matters for the system of any state, as everyone makes mistakes, but the response to this mistake. If the newly appointed people (public representatives) aggravate the crisis in the Minsk talks, such people must be replaced immediately. We are awaiting an adequate response of the Ukrainian authorities and, at the same time, in order to not waste time, we are initiating a range of negotiation platforms at both the national and international levels,” lawyer, human rights activists, Head of the Public Council under the Ministry for Reintegration of the Temporarily Occupied Territories of Ukraine Hennadiy Borysychev. 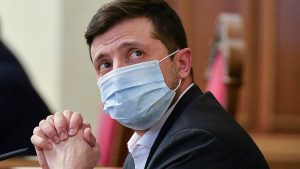 Ukrainian President Volodymyr Zelensky has said he himself is not afraid of the coronavirus, and that even wanted to fall ill with the disease in order to show Ukrainians what it is like, but later abandoned the idea. “I wanted to go through it myself. To make it easier for people. Once when we were all depressed, we got together and I suggested, ‘Let me fall ill with the disease and immediately isolate myself at Bankova [the street on which the President’s Office is located]. I will survive the disease and show people what it is like. I wanted to do this so people would understand it is not the plague and that we will all die [of COVID-19],” Zelensky said in an interview with the Ukrainska Pravda ezine on June 3-4.
The president said he later abandoned the idea because “it was too much.”
“It was not difficult to do. But, of course, my family wouldn’t have forgiven me. They would have said I am crazy. And, in principle, they would have been right,” the president said.