UKRAINE CUTS EXPORT OF FRUIT AND BERRY IN 2020 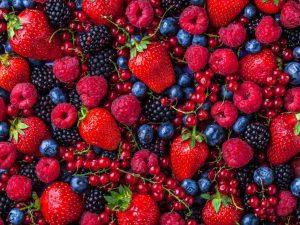 In 2020, Ukraine exported fruit and berry products worth $238 million, which is 8% less than a year earlier, and is associated with quarantine restrictions and complication of customs procedures at the borders, the Ukrainian Agricultural Export Association (UAEA) reported on Friday.
According to the association, 92% of total exports were frozen fruits and berries ($111 million), walnuts in shell and without shell ($ 98 million), as well as apples and pears ($10 million).
According to the association, in kind, the export of walnuts decreased 41.2%, to 39,000 tonnes, and apples and pears – 64.3%, to 19,000 tonnes, at the same time, the export of frozen fruits was the maximum for the period of independence of Ukraine reaching 55,000 tonnes.
The UAEA reported that sales of Ukrainian fruits, berries and nuts to the EU countries in 2020 provided 77% of the total revenue from these products. Most of these products were bought by Poland ($57.7 million), France ($19.7 million), Germany ($17.2 million), the Netherlands ($11.6 million), Italy ($11.5 million), Austria ($11.2 million), the Czech Republic ($9.6 million) and Greece ($9.5 million). Turkey ($10.5 million) and Belarus ($9.2 million) are other major trading partners.
The association said that the average price of Ukrainian apples in 2020 grew by 1.5 times, to $500 per tonne, frozen fruits and berries – by 13.6%, to $2,023 per tonne, and shelled walnuts – by 5.1%, to $3,000 per tonne. 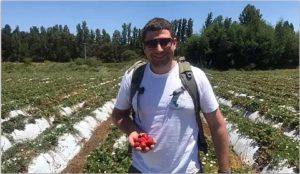 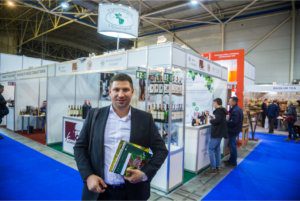 Ukraine’s Verkhovna Rada has passed an amendment to the Tax Code, according to which the excise duty on fruit and berry wines is reduced to UAH 0.01 per liter, Head of the Ukrsadvynprom association Volodymyr Pechko has said. “The Verkhovna Rada reduced the excise duty on fruit and berry wines and equated it to the excise duty on grape wines. Previously, it was equated with liquor and vodka products. This industry was dilapidated when there was ‘draconian’ legislation. And now the conditions are optimal to resume production of fruit and berry wines,” he told Interfax-Ukraine.
According to a comparative table, the tax rate on non-sparkling wines with 1.2-15% ABV will be UAH 0.01 per liter.
According to the head of Ukrsadvynprom, the parliament also agreed on changes, according to which, new producers of wine products will be considered the fourth group of taxpayers using the simplified taxation system.
As reported, the Cabinet of Ministers has increased government support for hop growing, laying of young gardens, vineyards and berries, from UAH 300 million in 2018 to UAH 400 million in 2019. 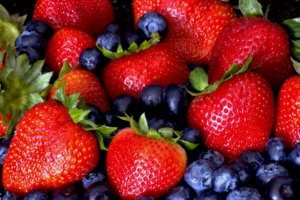 GREAT BRITAIN, GERMANY, MIDDLE EAST REMAIN MOST POPULAR MARKETS FOR UKRAINIAN FRUIT AND BERRY, HARVEST TO GROW BY 10-30% THIS YEAR 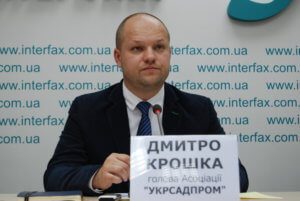 The fruit and berry harvest in 2018 could exceed the last year figure by 10-30%, Chairman of the Ukrsadprom association Dmytro Kroshka has said. “With favorable weather conditions, gross harvest of pomaceous, drupaceous fruit, berries and nuts in industrial farms could reach the average figure of the past years – 400,000-500,000 tonnes. The 2018 harvest could exceed the last year figure by 10-30%,” he said at a press conference at Interfax-Ukraine on Tuesday. Weather is the main risk factor. Kroshka said that this year blooming this year is quick due to high temperatures and some fruit and berries are ripening quickly. In addition, simultaneous expansion of depredators, the high likelihood of hail and not enough moisture in soil (twice less) would also affect the volume of the harvest.
Director of the Berry Nursery Brusviana Liliana Dmytriyeva said that the Ukrainian market is specific. In particular, the share of berries planted at farms is from one third to one fifth, while the rest is planted in households.
“At present, the leader in planted areas in Ukraine is black currant – around 50% of all areas of agricultural companies. Strawberry occupies 20-24% of the market and raspberry – 13-14%. Areas with blackberry occupy 13% of total areas, according to the State Statistics Service, while other sources said that it is 24%,” Dmytriyeva said.She also said that areas with sea-buckthorn, honeysuckle and alpine strawberry are swelling. Leaders in production of berries of all types are Dnipropetrovsk and Donetsk regions, in production by agricultural companies – Vinnytsia, Volyn, Zhytomyr and Khmelnytsky regions. She said that the largest number of companies planting berries was created in these regions.
The new type of business is being developed in Ukraine: planting of berries “in tunnels.” “This allows preventing the influence of some cold factors and having early harvest. Berries “from tunnels” are more expensive than those planted in fields, but it allows placing Ukrainian products to the shelves of retail stores for a longer period of time,” the director of the Berry Nursery Brusviana said. The experts do not expect a significant reduction in prices in the market and among the main factors that may affect them, are: a significant increase in the area under berries, a rise in the price of crop protection products and fertilizers by almost 30% compared to 2017, as well as exports.
“The presence of competition, on one hand, should reduce the price, but on the other hand: there are natural negative factors that will affect the harvest. Most enterprises were not oriented to “fresh” or to domestic markets, so a significant increase in areas would not entail increased competition in the domestic market,”, Dmytriyeva said.
As for the supply of Ukrainian products abroad, Europe remains the most popular market.
“The most expensive and popular market is Europe, in particular, Great Britain, Germany, but to get to this market you need to incur certain costs for both fresh berries and frozen ones. Many enterprises plan to do this, but not everyone is ready,” she said.
In addition, Ukraine is also interested in the market of the Middle East. The market of neighboring countries, in particular, Belarus, is traditional.
In turn, the chairman of Ukrsadprom said that this marketing year, Ukraine exported apples to one of the new markets – the UAE.