IN KYIV, CAR TRAFFIC WILL BE OPENED ON THE METRO AND PATON BRIDGES 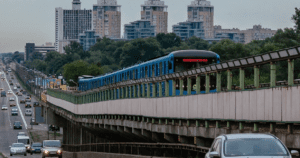 Since Monday morning, June 20, vehicular traffic has resumed on the Metro and Paton bridges in Kyiv, Mayor of the capital Vitaliy Klitschko said.
“Darnitsky, Severny, Yuzhny, Metro and Patona will operate for auto communication between the left and right banks of the capital. The city authorities will additionally inform about the organization of public transport, taking into account the resumption of traffic on bridges,” he wrote in the Telegram channel.
Klitschko also called on drivers to comply with traffic rules, speed limits, and give preference to ambulances, police cars, rescuers and humanitarian aid vehicles.

IN CAPITAL OF UKRAINE, OPERATING TIME OF METRO AND OTHER PASSENGER TRANSPORT HAS BEEN INCREASED 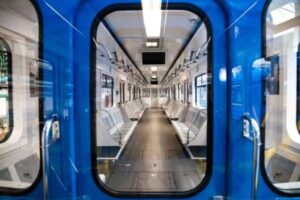 In the capital, from Monday, the time for transporting passengers in the subway and in land transport will be increased, the press service of the Kiev City State Administration reports.
“From today, the Kyiv metro will carry passengers from 06:30 to 20:00, ground transport – from 7:00 to 21:00,” reads a message published on the telegram channel on Monday.
The administration also reminded that in Kyiv and the Kiev region, a curfew lasts every night from 22:00 to 05:00. 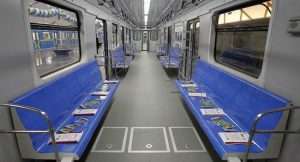 The European Bank for Reconstruction and Development (EBRD) and Kyiv Metropoliten have signed a loan agreement in the amount of EUR 50 million for the purchase of 50 new metro cars.
According to the website of Kyiv City State Administration, Kyiv City Council and the EBRD signed the necessary guarantee agreement.
“Today we are signing a loan agreement between the EBRD and Kyiv Metropoliten and a guarantee agreement between Kyiv City Council and the EBRD. And I hope that by the end of this year we will conclude a contract for the purchase of new cars for Kyiv Metropoliten. Under the terms of the loan, the city will receive an installment payment plan from the EBRD for 12 years,” Mayor of Kyiv Vitali Klitschko said.
He also said that now Kyiv is building two new metro stations in Vynohradar residential area – Mostytska and Prospekt Pravdy.
“We plan to open them by the end of the year. Today, more than 700 meters of 1.3 km of tunnel underground have been developed in the direction of the Syretska metro station. A tunnel is being built between the future stations Mostytska and Prospekt Pravdy. Therefore, these cars will serve the Syretsko-Pecherska line of the metro,” Klitschko said.
According to the EBRD, improving communication with the Vynohradar residential area by opening two new metro stations will help reduce the use of private cars and improve air quality. 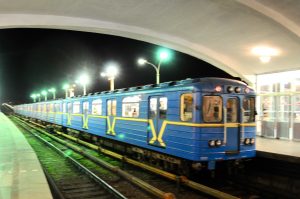 On New Year’s Eve, the capital’s metro will run two hours longer, the press service of the municipal enterprise Kyiv Metro said.
“The last train will leave each station at different times. From the city center around 2:15. Additional opening hours are added to the regular timetable for each station located at the entrance and on the platform,” the enterprise wrote on Facebook.
In turn, Head of the municipal enterprise Kyiv Metro Viktor Brahinsky said that there may also be restrictions (closings) on the entrance for passengers at the stations Zoloti Vorota (Golden Gate), Khreschatyk, Maidan Nezalezhnosti (Independence Square), Poshtova Ploshcha and Kontraktova Ploshcha.
“The mechanism is being used for security reasons to avoid mass congestion of passengers on station platforms,” he wrote on Facebook. 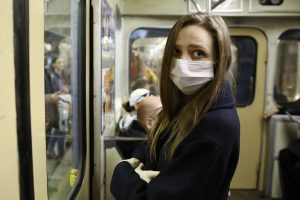 The metro reopened in Kyiv and Kharkiv on May 25 after the two-month pause caused by coronavirus. In Kyiv, the metro service is back to the regular schedule. Passengers are required to wear masks, and there are signs indicating the obligatory 1.5-meter distance between passengers.
Metro workers are provided with personal protective equipment.
The Kharkiv metro reopened at 5:30 a.m. on Monday.
“Please be advised that it is prohibited to travel by the metro without a respirator or a mask,” the Kharkiv metro press service said on Facebook.
The metro service in Kyiv, Kharkiv, and Dnipro (former Dnipropetrovsk) had been unavailable since March 17 in order to contain the coronavirus outbreak.

DEADLINE FOR LAUNCHING METRO TO VYNOHRADAR POSTPONED FOR A YEAR 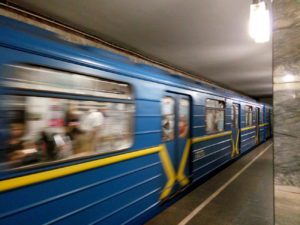 The deadline for completing construction work to extend the Syretsko-Pecherska line of Kyiv Metropoliten is postponed for a year, Oleh Tokarev, the head of the supervisory board of PJSC Kyivmetrobud, the project’s general contractor, has said at a press conference at Interfax-Ukraine. “The deadline has been disrupted for one year. The launch is postponed for a year,” he said.
“I think it [construction according to the schedule] won’t be completed. Today, the lag is not less than 7-8 months,” Yevhen Shataikin, the chief engineer for the construction of subway to Vynohradar, said.
According to him, currently the work is not carried out in full.
“Since Oleksandr Metelytsia had been actually moved away from solving problems, a systematic non-fulfillment of the schedule began. We were set aside from the process of purchasing equipment. The equipment that was purchased today does not work in full with the speed we foresaw. We are falling behind schedule,” he said.