BORYSPIL AIRPORT COULD SEE TRIPLE RISE IN PROFIT IN H1 2016 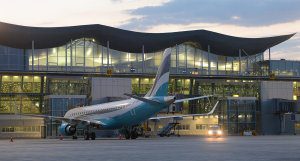 KYIV. July 22 (Interfax-Ukraine) – Boryspil International Airport (Kyiv) could triple its net profit in January-June 2016 compared to the same period of 2015.

An Interfax-Ukraine correspondent has reported that acting Director Yevhen Dykhne gave the information at a press conference at the airport on Thursday.

“According to the preliminary calculations we expect that we will see a triple rise in profit in H1 2016 compared to H1 2015,” he said.

Dykhne said that the final results will be announced after July 25.

Earlier Dykhne said that the airport seeks to have UAH 1 billion of net profit in 2016, according to the optimistic scenario. 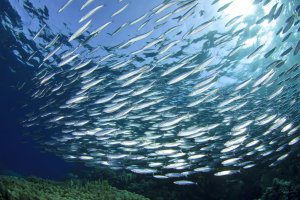 KYIV. July 22 (Interfax-Ukraine) – The State Fishing Agency reports a rise in fish catch in Ukrainian water basins (inland water basins and seas) in January through June 2016 by 19.4% year-over-year, to 22,900 tonnes.

The agency explained discrepancies of fish catch figures provided by the agency and the State Statistics Service.

Data of the State Statistics Service include fish catch and other marine resources catch by Ukrainian vessels outside Ukraine, which is not linked to the state of fish stock in Ukraine.

The agency paid attention that in 2016 it would not include data on fish catch by Ukrainian vessels leased to foreign companies. 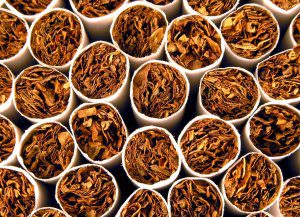 KYIV. July 21 (Interfax-Ukraine) – Philip Morris International Inc. (PMI), one of the world’s largest manufacturers of tobacco products, 2016 increased shipments of cigarettes in Ukraine by 17.4% in April-June 2016 compared to the same period of 2015, to 5.95 billion pieces.

PMI said, with reference to a quarterly report by A.C.Nielsen sociological marketing company (the United States), that in January-June 2016 the company’s shipments of cigarettes grew by 19.8%, to 11.6 billion pieces.

Philip Morris International is one of the world’s largest manufacturers of tobacco products. It produces cigarettes at more than 50 factories, sells them in 160 countries.

The company has been operating in Ukraine for more than 15 years. It manufactures products at the factory in Kharkiv region.

Speaking about plans for the first flights, he said there are such plans, however the company needs to perform a number of procedures related to certification of the airline, perform a demo flight.

“We hope that won’t take much time, because we have already done all that is necessary, we were just waiting for the plane. We hope we will be able to make the first flight within the next 10-15 days if there are no problems,” he said.

In terms of destinations, according to him, Bulgaria will be first, the company also plans to operate flights to Albania, Georgia.

As reported, Anda Air Airline was registered in Kyiv at the end of 2015. It was founded by ex-head of Dart Airline Serhiy Shamenko and Heorhiy Avanesov. Shamenko is also the head of Anda Air. 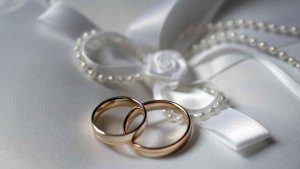 “We are giving rise to a pilot project that will allow Ukrainian citizens to register their marriages during one day without bureaucracy, queues and any remnants of the Soviet Unoin, in particular, 30 days standby for marriage registration,” Petrenko said at a briefing in Kyiv on Friday.

Petrenko noted that the project will be carried out in Mariupol and Severodonetsk so that the IDPs from the occupied territories could receive the Ukrainian legal documents during one day period, as well as Ukrainian soldiers could quickly get married at the place of their military units and formations dislocation.

This pilot project will be implemented in Kherson in order to facilitate the passage of the relevant procedures and documents for Ukrainian citizens from the occupied Crimea. Kyiv, Odesa and Lviv are chosen as major tourist cities, where many people may want to use this service.

The minister stressed that the provided innovation will remove the need to contact the Civil Registry Office several times, which are planned to be abolished in the course of time. Organization of the solemn part of marriage registration will be provided by the local authorities, public utilities or by state-owned enterprises working with them. Funds gathered for these services will go to local budgets.

In addition, the Ministry of Justice plans to transfer the function of civil registration to local authorities next year and within the framework of this project the minister wants to see how they will cope with this job.

Speaking about the divorce procedure, the head of the Justice Ministry said that the government intends to simplify the procedure for those cases when there is a mutual consent of both spouses and there are no unresolved disputes between them.

Petrenko said married couples who today want to get divorced must come to the Civil Registry Office three times: at first, to apply, and then to confirm their intention after 30 days, and only then come together to take the certificate of divorce.

Petrenko pointed out that the state will not hastily simplify the divorce procedure, introduce the possibility of breaking a marriage unilaterally in cases when there is no final decision of both sides to dissolve a marriage. The state should provide enough time and an opportunity to revise this decision, since the family is the basis of the Ukrainian society, and, if there is a chance for the preservation of a marriage, it should be provided. 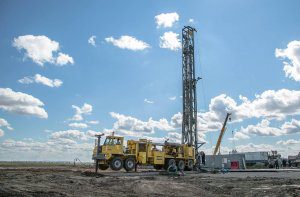 KYIV. July 21 (Interfax-Ukraine) – PJSC Ukrgazvydobuvannia has announced tenders via the ProZorro procurement system for a total of 100 hydraulic fracturing operations to intensify natural gas production, duplicating a tender for the same 100 operations blocked in court.

According to the documentation, the expected value of services on each tender is UAH 135 million. The term of work is 12 months.

As reported, nine companies submitted applications for participation in the first tender of Ukrgazvydobuvannia to conduct 100 hydraulic fracturing operations in 2016-2017. Six foreign companies are among the participants, including the world’s leading Halliburton Ukraine, Schlumberger Services, Weatherford.