VENTURE CAPITAL INVESTMENT INTO UKRAINIAN COMPANIES 2.4 TIMES UP IN 2015 – EXPERT 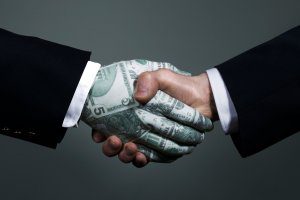 Managing Director of the Ukrainian Venture Capital and Private Equity Association (UVCA) Jaanika Merilo wrote on her Facebook page that a total of 66 disclosed deals were held, and 48 deals with the participation of foreign funds.

“If to put it briefly: they believe in Ukraine, especially IT investors who are ready to take more risks,” Merilo said.

She said that this investment is real money.

“We do not measure the money that is invested through Cyprus and other zones. This is the real money of foreign and Ukrainian funds in the charter capitals of companies (not credits),” Merilo said.

UVCA was founded in August 2014. The initiators of the association were Andriy Kolodiuk and Merilo. Today 1,200 investment companies, institutional investors and market players, including Horizon Capital, KM Core, AVentures, Intel Capital, SCM, Vostok Ventures, Capital Times, the Warsaw Stock Exchange and other international investors, are association members. The World Bank and the European Bank for Reconstruction and Development (EBRD) are partners of the association. 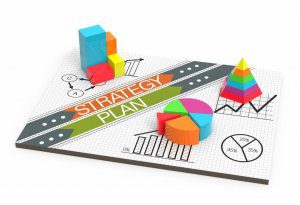 KYIV. June 29 (Interfax-Ukraine) – Ukraine’s Cabinet of Ministers at a meeting on June 24 approved a public administration reform strategy for 2016-2020 and the plan of its implementation.

“I ask to back the proposal and launch the process of public administration reform,” Ukrainian Deputy Prime Minister for European and Euro-Atlantic Integration Ivanna Klympush-Tsintsadze said.

She said that the strategy envisages short-term and long-term tasks. The latter, for example, includes the government authority system reform.

She said that the concept determines the field for reforming public administration and the key principles of the reform.

Klympush-Tsintsadze said that the concept has been approved by the European Union (EU). The EU is ready to provide assistance to Ukraine in its implementation.

The document touches only the issues of operation of central executive power branch and local public administrations in part of civil service. It does not touch local self-government agencies.

She said that the strategy foresees the necessity of its regular revision, taking into account the results of its implementation. The Cabinet of Ministers and Klympush-Tsintsadze are responsible for the implementation of the concept. 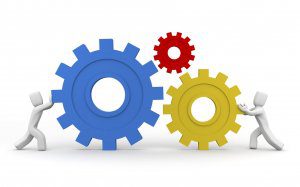 KYIV. June 29 (Interfax-Ukraine) – Ukrainian Prime Minister Volodymyr Groysman and Germany’s Finance Minister Wolfgang Schauble met on Tuesday, June 28, to discuss the support that Germany can possibly give to the reforms planned by the Ukrainian government in such areas as customs, energy saving, and privatization.

“We are committed to carry on with reform,” Ukraine’s Cabinet of Ministers press service quoted Groysman as saying at the onset of the meeting.

Groysman noted that the new Ukrainian government started privatizing state-owned businesses and, in particular, resolved to privatize one of the largest Ukrainian enterprises, Odesa Port-Side Plant. Besides, the government has deregulated prices in the markets for gas, pharmaceuticals and started reforming customs, he said.

Groysman emphasized the Cabinet of Minister’s desire to attract the German investment in the Ukrainian economy. The prime minister remarked that on Monday, June 27, he met with German business representatives who noted some improvements in the investment climate and showed readiness to intensify their activities in Ukraine.

Groysman and Schauble also discussed issues related to the cooperation in the area of energy efficiency, including the German support to the efforts on creation and operation of the state-sponsored Energy Efficiency Fund, maintenance of its transparent and efficient work.

The interlocutors also discussed the support that Germany can offer in relation to Ukraine’s Customs Service reforming and technical re-equipment.

Schauble expressed readiness to offer consultative support to the privatization process in Ukraine.

“We are ready to assist, advise, share our experience in privatization,” he said.

The Ukrainian government will designate persons in charge of its interaction with the German side in such cooperation areas as energy efficiency, the customs reform and the Ukrainian privatization, Groysman said.

Schauble, in turn, said that Germany is ready to support Ukraine and Ukrainian government on the march toward reform.

“You face an enormous challenge and we will give you support,” Schauble said.

UKRAINE SHOULD MAXIMIZE EFFICIENCY OF TRADE COOPERATION WITH EU 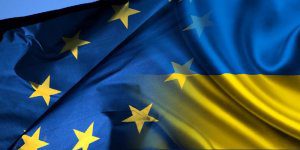 Our state extremely highly values trade relations with the European Union whose principles are stipulated in the Association Agreement between Ukraine and the EU, including the Deep and Comprehensive Free Trade Area. We see enhanced trade and economic relations with Europe as a major opportunity to accelerate the modernization of the national industry, create the most favorable investment climate, and safeguard the rights of owners and investors. This opinion was expressed by President of the Ukrainian League of Industrialists and Entrepreneurs Anatoliy Kinakh during debates on the subject “How to Trade with Our Neighbors. Neighborhood and Enlargement Policy, ” held as part of the European Business Summit in Brussels.

The results of these and other debates at the Summit will be conducive to extending the EU trade strategy “Trade for All: Towards a more responsible trade and investment policy,” which was published by the European Commission in late 2015. Today, EU institutions together with the leading business associations in Europe and prominent business people of the continent and the rest of the world are doing their best to fully implement this ambitious and far-reaching strategy to ensure European companies’ access to other countries, especially when it goes about small- and medium-sized businesses.

“By taking serious steps in the framework of free trade with the EU, seeking quick adaptation to European standards and regulations, we are trying to make cooperation with the EU as efficient as possible, namely ensuring that its financial assistance and investment could help make loans affordable to entrepreneurs in Ukraine, facilitate modernization of the economy without plugging different gaps, and reach a particular company, supporting small and medium businesses, which are key to the formation of a strong middle class, a guarantee of democratic reforms in the country. We insist: policy promoting Ukraine’s trade and economic relations must be improved,” Anatoliy Kinakh said.

He agreed with many participants in the Summit who underlined that it is the small businesses that face trade challenges on the foreign and EU domestic markets. So, more efforts should be made to help the small businesses so they could also use the opportunities of free trade and have more impact on EU trade policy.

The leader of the Ukrainian business community said that the reform of EU trade policy at all stages of this large-scale and challenging work, which will directly influence Ukraine, should foresee the active participation of members of civil society, associations and business unions, numerous experienced experts. The Ukrainian industrialists and entrepreneurs, based on their representative office in Brussels, are ready to participate in this process.

According to him, the Agreement on the Deep and Comprehensive Free Trade Area between the EU and Ukraine, which entered into force on January 1, 2016, is an important milestone in relations between the EU and Ukraine, and our state together with European partners should make every effort to use the economic benefits of the agreement to significantly improve the business climate and raise needed foreign investment.

Brussels hosted the European Business Summit, which was for the first time co-organized by the Ukrainian League of Industrialists and Entrepreneurs (ULIE). Its delegation, led by ULIE President Anatoliy Kinakh, included about 50 respected entrepreneurs, politicians and opinion leaders and aimed to draw most of investors’ attention to Ukraine’s potential and significantly increase Ukrainian producers’ export opportunities. 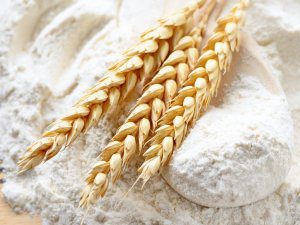 KYIV. June 24 (Interfax-Ukraine) – PJSC State Food and Grain Corporation of Ukraine over the 11 months of the 2015/2016 marketing year (MY, July-June) exported more than 30,000 tonnes of flour, which is almost twice as much compared to the same period last season.

“According to experts, the corporation ranks second among exporters of wheat flour from Ukraine,” the press service said citing director of the marketing and sales department Viacheslav Tsehelnyk.

According to him, the corporation plans in the 2016/2017 MY to ship about 55,000 tonnes of flour to foreign markets and intends to become a leader in exports of Ukrainian flour.

“We continue to expand the geography of supplies to the Middle East, the CIS and Asia. We should also mention the prospect of further work with the member states of the African continent,” the expert said. 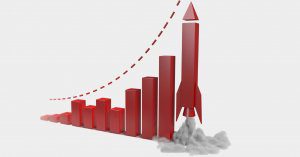 KYIV. June 24 (Interfax-Ukraine) – The Board of Directors of the European Bank for Reconstruction and Development (EBRD) has approved a senior secured long-term loan of up to $20 million to finance the modernization, energy efficiency and environmental improvements of Astarta’s existing sugar processing plants.

The EBRD is the largest international financial investor in Ukraine. As of January 1, 2016, the bank had a total cumulative commitment of EUR 12 billion in 355 projects in the country.

Astarta Group is one of the largest vertically integrated agricultural companies in Ukraine, operating nine sugar plants, around 250,000 hectares of leased arable land, as well as dairy farms and engaged in soybean processing.