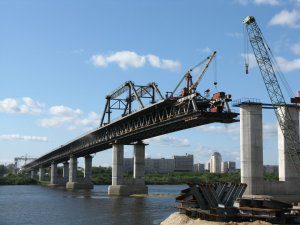 KYIV. March 22 (Interfax-Ukraine) – The State Automobile Roads Agency of Ukraine, also known as Ukravtodor, and China road and bridge corporation (CRBC) on March 21 signed a memorandum of cooperation in the sphere of designing and financing construction of M-22/E-584 Poltava-Oleksandria road on the section bypassing Kremenchuk with a bridge across the Dnipro River.
The press service of Ukravtodor said that Ukravtodor Head Slawomir Nowak and CRBC Vice President Du Fei signed the memo.
“Today the only bridge across the Dnipro River has only two moving traffic lanes. The bridge was opened in 1949. Its pillars were built in 1872. Along with city traffic, two important national roads go across the bridge: H-08 Boryspil-Kremenchuk-Dnipro-Zaporizhia-Mariupol roads and M-22 Poltava-Oleksandria road, which is part of the European corridor E-584 Poltava-Chisinau-Slobozia (Romania) and part of Pan-European transport corridor,” the agency said.
Nowak said that Kremenchuk is an important industrial center of the country, which annually generates around 4% of revenue of Ukraine’s national budget, while traffic across the Dnipro River is not comfortable, as the only bridge is located in the center of the city.
“The construction of the bridge in suburbs would help to redirect the transit traffic outside the city, which would unload the streets, make trips safer and improve the environmental situation. The new bridge would ensure not only the high-quality connection across the Dnipro River, but would promote for the increase of investment attractiveness of the Dnirpo basin region and create new jobs,” Nowak said. 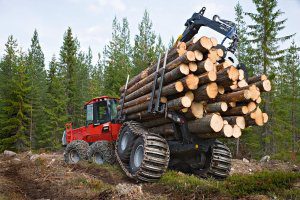 KYIV. March 22 (Interfax-Ukraine) – State-run enterprise Forestry Innovative-Analytical Center and Latschbacher Ukraine LLC plans to design software for controlling the lawfulness of timber production and its movement by the police by the middle of May.
According to a press release of Latschbacher Ukraine, on March 10 the company and the Forestry Innovative-Analytical Center signed an agreement on the further development of the timber e-system.
“The Control module will be created for the National Police of Ukraine. This application would help the police to effectively control the lawfulness of timber production and its movement,” the company said.
It will take around two months to introduce the module.
“When the module is introduced, the National Police would finally receive the efficient tool for controlling timber. All that is left to do is to connect the rest of forestry enterprises [under management of the Defense Ministry, Ecology and Natural Resources Ministry and local authorities] to the timber e-system,” the company said.
The timber e-system was designed from 2009 through 2012 on the basis of Austria’s WinforstPro software. Specialists of Latschbacher AG (Austria), Timber&EquipmentGmbH (Germany) and Latschbacher Ukraine adapted the logistics innovation technologies to the specific of Ukrainian enterprises. In 2013, the system was introduced in 192 forestry enterprises coordinated by the State Forest Agency of Ukraine. Today 273 forestry enterprises are using the system or 80% of the total number of permanent forest users in Ukraine. 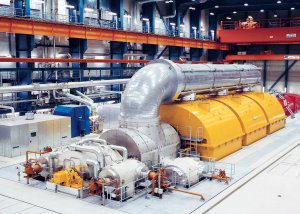 KYIV. March 22 (Interfax-Ukraine) – State-run enterprise Electrotyazhmash has signed a contract with public joint-stock company Turboatom (both based in Kharkiv) to make hydraulic turbine generators for Kyiv hydroelectric power plant (HPP, managed by Ukrhydroenergo), the press service of Electrotyazhmash has reported.
According to the conditions of the contract, Electrotyazhmash will design and produce three hydraulic turbine generators as a turn-key project. The generators will be assembled, tested and then startup works will be conducted.
“The plant has been supplying hydraulic turbine generators for Ukrhydroenergo’s power plants since 1950s. It has large experience of cooperation with this company. The enterprise would actively participate in the modernization of the generating base of Kyiv HPP,” the press service said, citing acting Electrotyazhmash Director Dmytro Kostiuk.
As reported, Ukrhydroenergo at the end of last year signed a contract with Turboatom on reconstruction of three units of Kyiv HPP for UAH 562.431 million (VAT included).
The project will be implemented in 2017-2021.
The power plants are reconstructed as part of Hydro Power Plants Rehabilitation Project III of the European Bank for Reconstruction and Development (EBRD) and European Investment Bank (EIB). 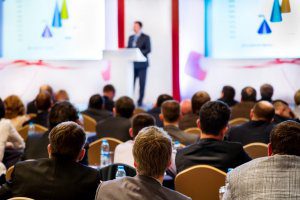 KYIV. March 22 (Interfax-Ukraine) – Prime Minister of Ukraine Volodymyr Groysman and Chairman of German Committee on Eastern European Economic Relations Wolfgang Buchele at a meeting in Kyiv on Tuesday agreed to hold a Ukrainian-German business forum in Berlin in the second half of this year.
“It would be good to start preparations for this important forum as soon as possible. I think this is a very good idea that will bring a good overall result,” the press service of the Cabinet of Ministers quoted Groysman as saying.
The parties agreed on the creation of a working group that will prepare the forum and practical issues of implementing joint projects.
Discussing the practical issues of attracting investments from Germany, the premier noted that the Ukrainian government is interested in improving the business and investment climate in the country and is making the necessary efforts for this.
“We are working hard to create added value in Ukraine, to restructure the current model of the economy, and we are interested in deepening cooperation with German partners, which will enable us to increase production for domestic needs and strengthen export opportunities,” Groysman said.
He pointed out that Germany is one of Ukraine’s main trading partners in the European market. “Our bilateral trade and economic relations have achieved positive dynamics, but their potential has not been fully utilized,” the prime minister said.
He also praised the opening of the German-Ukrainian Chamber of Commerce and Industry, which will contribute to deepening economic cooperation between Ukraine and Germany. 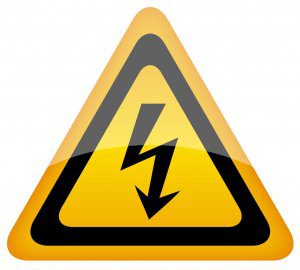 KYIV. March 21 (Interfax-Ukraine) – Ukraine’s Minister of Energy and Coal Industry Ihor Nasalyk and the delegation of Korea’s Kokam have discussed the issue of building electric storage capacities, the ministry’s press service has said.
The ministry said the construction of such facilities in Ukraine would positively influence the integration of renewable energy sources into the energy system, make it easier to work in the conditions when the share of energy produced by nuclear power plants reaches 60%.
According to the ministry, now Ukrenergo and Free Energy Technologies are developing a pilot project for the creation of an electro-accumulating station.
As reported, previously the founder and CEO of Tesla, billionaire Elon Musk expressed readiness to build electric power storage systems in Ukraine at a price of $250/kW.
At present, Ukraine for energy accumulation uses only hydroelectric power stations, while Tesla and similar systems are based on “ordinary” accumulator batteries.

CONSTRUCTION OF PODILSKO-VOSKRESENSKY BRIDGE WILL BE RESUMED IN 2017 – KLITSCHKO 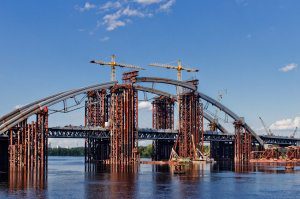 KYIV. March 21 (Interfax-Ukraine) – The construction of the Podilsko-Voskresensky bridge will be resumed in 2017, Head of Kyiv City State Administration Vitali Klitschko has stated.
“I’ve negotiated with Germany, we’ve attracted investors, German specialists, issued EUR200,000 for analytics, and next month the minister of infrastructure will come to Kyiv. I am sure we will get this matter moving and the construction of the bridge will begin this year,” Klitschko said on the air of 112 TV Channel.
“We should celebrate the launch of traffic on this bridge in three years,” the mayor added.