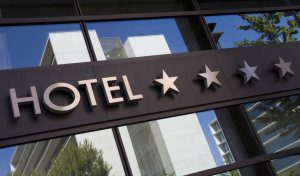 KYIV. Nov 18 (Interfax-Ukraine) – Reikartz Hotel Group has signed an agreement for the management of the four-star Dacia hotel, located in Chisinau (Moldova) and announces the beginning of active work on expanding the network outside Ukraine, according to its website.

“In autumn of 2014 the company’s assets were replenished with a hotel in Sweden, but right now we are beginning active work towards the expansion of the network abroad. Today we are talking about the joining of Dacia hotel in Chisinau and in the near future we’ll call other hotels abroad that will enter the Reikartz network,” Director General of Reikartz Hotel Group Magnus Wetterholm said.

According to the report, Reikartz plans to reconstruct the new hotel, afterwards it will renamed Reikartz Chisinau.

Now Dacia hotel has 84 rooms, a bar, a restaurant serving European and local cuisine, two meeting rooms for corporate events, a hairdresser, a laundry, a dry cleaning station and a parking lot.

Reikartz started activities in the field of hotel services in Ukraine in 2003 after the acquisition by a group of Belgian architects headed by Francois Ryckaerts of an old mansion in Drukarska Street in the center of Lviv. 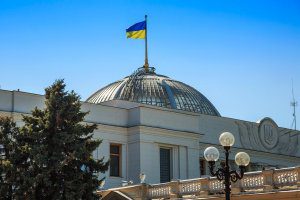 Ukrainian industrialists and entrepreneurs have been seeking more efficient cooperation with lawmakers, therefore they have supported an initiative to create a representative office in Ukraine’s parliament. The concept of the office is to be presented at the 14th Congress of the Ukrainian League of Industrialists and Entrepreneurs (ULIE), which is scheduled for November 10. A candidate for its future head will also be discussed there.

Entrepreneurs will use the new office to work with parliamentarians on important issues of the current economic situation, trends in the domestic market, to lobby MPs for the adoption of laws on the development of domestic industry, support of small- and medium-sized enterprises, financing of science and innovative developments, and more. In addition, the office will provide all necessary information to lawmakers about production, business to improve the analysis of the situation in the economic sector of Ukraine. “Businesses need their own representative in the legislature of the country. A practical and accessible mechanism should be created for communication between businesses that create jobs and pay taxes to the budget and members of the legislature who take important decisions to stimulate production, improve the economy. Joint efforts of Members of Parliament and civil society to promote effective reforms in the country should yield good results,” ULIE President Anatoliy Kinakh said. 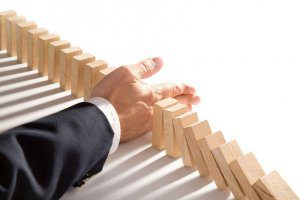 The Ukrainian industrial community has adopted anti-crisis recommendations to the government of Ukraine and the National Committee for Industrial Development. The proposals put forth by more than a hundred business structures working under the umbrella of the Anti-Crisis Council of NGOs and the Federation of Employers of Ukraine will form the basis for cooperation between entrepreneurs and the authorities, including through the above-mentioned Committee and the newly created Office of the Representative of Industrialists, Entrepreneurs and Employers in parliament. The Office will start work in the near future and will become a unique platform in Ukraine for direct communication between entrepreneurs and parliamentarians, for transparent lobbying of economic changes. This was discussed at the 14th Congress of the Ukrainian League of Industrialists and Entrepreneurs (ULIE) at NSC Olimpiyskiy in Kyiv.

“We demand that modern industrial policy be pursued in the country consistently, in line with chosen directions towards breakthrough innovations and investment. It is necessary to broaden presence in foreign markets as much as possible and propose added-value products to the world. At the same time, most enterprises need to be modernized along with the introduction of new technologies,” ULIE President Anatoliy Kinakh said.

The consolidated position of the Ukrainian business community in parliament will be promoted by its permanent Office, which was established by the ULIE together with associations of Ukrainian businesses and employers. It will strengthen cooperation between industrialists and lawmakers in adopting important laws for economic development. Independent analysts and lawyers will work for the Office, they will process proposals that will come from businesses and will formulate legislative initiatives on their basis. “The creation of representation in parliament is a first strong step. Currently, much-needed bills on the creation of industrial parks, an export credit agency and others have already been tabled in parliament. We’ll have a tool to influence these processes. The next step is to strengthen cooperation with the government through the newly formed National Committee. Business should have a position that is united and consolidated to ensure its voice is heard,” Chairman of the Employers’ Federation Dmytro Oliynyk said.

“In future, this initiative should become the basis for the formation of a national strategy for strengthening the middle class, developing small-sized businesses. In other countries they are the main customer of democratic reforms and main taxpayer (50-70%),” Anatoliy Kinakh said. The delegates highly evaluated the ULIE’s performance in the international and national economic sphere and the support of businesses. ULIE President Anatoliy Kinakh was elected for a new term. Further, the delegates elected the ULIE Board, vice-presidents, approved amendments to the ULIE Charter and the mandate of the organization’s regional offices. 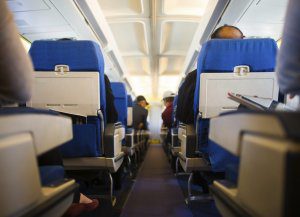 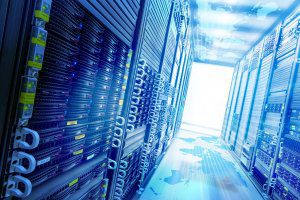 KYIV. Nov 17 (Interfax-Ukraine) – PJSC Ukrtelecom has started the technical modernization of its network in Lviv, in which it will invest UAH 400 million.

According to a company press release, as part of modernization the length of the optical network will be increased to 700 km. The company will also install 450 active modern stations instead of 36 obsolete automatic telephone stations.

The company said modernization will begin with the districts of Mayorivka, Novy Lviv and the central part of the city. When it is completed, about 160,000 subscribers in Lviv will get access to the Internet under the ADSL technology at a speed of 20 Mbps, high-speed VDSL Internet at a speed of up to 50 Mbps and the possibility of laying optical cable to the apartment or office that will provide Internet access of up to 1 Gbps.

Ukrtelecom is the largest fixed-line operator in the country. It promotes 3G mobile communications.

The ultimate owner of Ukrtelecom is SCM Group of businessman Rinat Akhmetov. 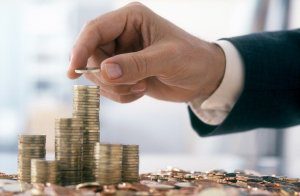 KYIV. Nov 17 (Interfax-Ukraine) – BM Bank (Kyiv) has increased charter capital by 2.01 times, to UAH 3.28 billion through an additional issue of shares, according to a press release from the bank.

“Purchase of shares for capital increase was carried out at the expense of the bank shareholders’ own funds. The decision to hold capital increase was made as part of the overall strategy of the development of BM Bank and the recapitalization program,” the document says.

As reported, BM Bank shareholders at a general meeting on September 27-29 decided to increase charter capital to UAH 3.381 billion by issuing additional shares, but failed to realize recapitalization plans.

BM Bank was founded in 2005. VTB got control over the bank after the purchase of Russia’s Bank of Moscow.

BM Bank ranked 38th among 108 operating banks in the country in terms of total assets as of July 1, 2016 (UAH 3.031 billion), according to the National Bank of Ukraine.