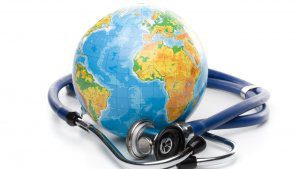 KYIV. Feb 23 (Interfax-Ukraine) – Reproductive medicine is one of the most popular directions in the development of inbound medical tourism, President of the Inbound Medical Tourism Club in Ukraine inUkraine Yulia Khomych said at a press conference on Monday.

“The most promising direction of inbound medical tourism is reproductive medicine, in particular, assisted reproduction. This is linked to the fact that our legislative base allows sex selection and the usage of surrogate maternity. In many countries these services are not available,” Khomych said.

She said that dentology, bio and cell solutions, ophthalmology, rehabilitation, cardiovascular surgery and partially oncology are of large demand for treatment in Ukraine.

Khomych said that patients from the CIS are most interested in receiving medical services, as confidence in medical specialists of the post-Soviet space remains in these regions.

“First we’re interesting for neighbor countries that know us, as they have large confidence in our doctors. The absence of the language barrier is added. In addition, Arab countries where demand on reproductive medicine is high, as well as in western countries where patients have difficulties to receive medical services under insurance policies,” she said.

A representative of the Dobrobut medical network Kateryna Hrytsenko said that today there is no platform that would promote medical services of the country abroad, and all projects mainly send Ukrainian patients abroad.

“We could do everything that Europe can do, and they know a little about us,” she said. 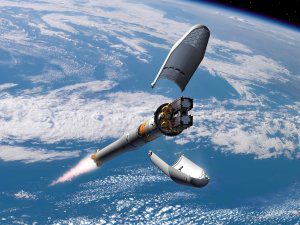 KYIV. Feb 23 (Interfax-Ukraine) – The restructuring of enterprises in the aerospace sector of Ukraine aims at creating new samples of missile equipment, taking into account current top-priorities of the state, Head of the State Space Agency of Ukraine (SSAU) Liubomyr Sabadosh has said in an interview with Interfax-Ukraine.

Assessing the approaches and tasks of the reforms that will start this year, taking Dnipropetrovsk-based Pivdenne Design Bureau and Pivdenmash being prepared for the restructuring, he said that general approaches of the SSAU to the restructuring of the enterprises could be presented in the following way: innovation development via corporatization with the retaining of 100% of shares in state ownership.

Sabadosh said that as part of the preparation for the structural reforms, the SSAU has drawn up the concept for reforming the sector until 2020 and the draft bill on the specifics of corporatization of the SSAU’s enterprises, being agreed by the agencies now.

“I would say that among advantages of the joint-stock company is the transparent financial and economic policy, public disclosure of the financial report and the improvement of the management structure,” he said.

“One of the tasks of the structural reforms is the increase of the prestige of the rocket science profession and the attraction of engineers and designers of rockets,” he said.

“The clear distribution of functional duties would allow focus on the realization of strategic sector development measures,” he said.

STATE AND STATE-GUARANTEED DEBT OF UKRAINE IN 2015 (MLN UAH) 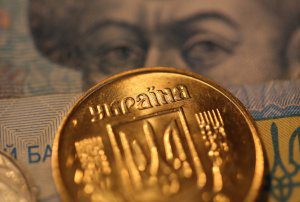 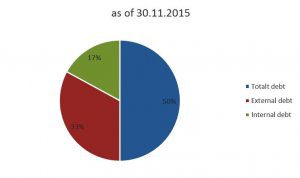 Source: The Ministry of Finance

Source: The Ministry of Finance 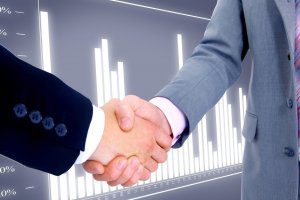 The experts said that 2015 did not bring radical changes to the M&A market in Ukraine, as we had predicted. Whilst 2015 saw an increase in the number of M&A deals, the overall deal value dropped significantly, continuing the trend from 2014.

“Given the continuing political unrest, we do not expect a boost in the M&A market in Ukraine in 2016. At worst, we see 2016 being much the same as 2015, with a few strategic exits and a number of high profile deals carried out by Ukraine’s elite. The most attractive sectors in 2016 will continue to be financial services, agriculture and telecoms & IT,” the firm said.

Despite all the challenges, the investment appetite for Ukraine remains strong, and it is anticipated that the government’s continued efforts to improve the investment climate, including reforms in the agriculture, energy and banking sectors and anti-corruption measures implemented in 2015 will have a positive impact on the M&A market, starting as early as 2016.

The optimistic expectations in relation to Ukraine’s 2015 privatisation programme were not met, as the government failed to prepare the legal framework and privatisation targets for a transparent and competitive sale process, the experts said. 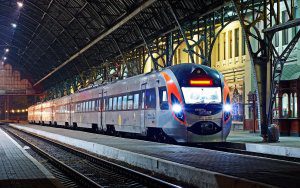 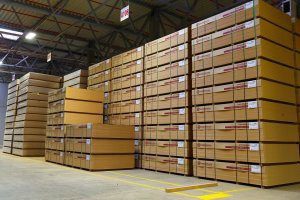 KYIV. Feb 22 (Interfax-Ukraine) – Ukraine has extended for another five years an anti-dumping duty of 31.58% on imports of medium density fiberboard
(MDF) produced in the Russian Federation.
According to a report by the Interdepartmental Commission on International Trade in the Holos Ukrainy newspaper, the decision was made on February 12 after the revision of anti-dumping measures and comes into force on the date of publication.
The report notes that not a single Russian producer or exporter of MDF registered within the review procedure.
On the basis of information available at the ministry, it was found out that in 2012-2014 MDF exports to certain third countries have signs of dumping.
The commission also notes that Russian MDF producers have unused production capacity, which is several times larger than the volume of consumption of this product in the domestic market of Ukraine.