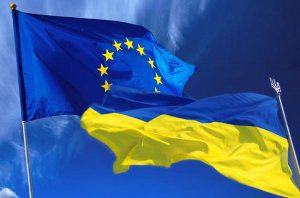 KYIV. April 16 (Interfax-Ukraine) – The European Investment Bank (EIB) is mulling the possibility of providing a framework loan of EUR 400 million to restore and develop municipal infrastructure in Ukraine, according to a report released by the bank.

KYIV. April 16 (Interfax-Ukraine) – The Ukrainian crop protection agent market in 2014 fell by 15%, to EUR 600 million, according to BASF chemical concern.

BASF Crop Protection Manager in Ukraine, Moldova and the Caucasian countries Tom Wetjen told reporters that the reasons for the decline were the difficult economic conditions in the country, the devaluation of the hryvnia, and farmers experiencing a lack of funds.

He said that last year many farmers made savings by reducing their application of plant protection agents to crops or by switching to cheaper agents.

The concern said that the share of herbicides of the total Ukrainian market in money terms in 2014 was 50%, that for fungicides – 30%, insecticides – 10% and protectants, and phytohormones – 10%.

Wetjen said that 2015 holds prospects for the recovery of the market volume.

“According to our feelings and observations in the competitive environment, companies are satisfied with the level of sales this year, and the market remains at least stable and maybe, growth could be seen,” he said.

Wetjen said that due to fears of the further devaluation of the hryvnia and the increase in prices farmers are trying to form stocks of resources, including chemicals.

He said he regretted that the Ukrainian government is delaying the introduction of the agrarian receipt system, which would make cooperation with farmers more effective under the conditions of a lack of funds. The company expressed hope that the government will accelerate the realization of the project across Ukraine.

BASF does not sell products in Ukraine via direct channels. It sells its products only via distributors. He said that this year the company could resume barter transactions with crop protection agents who are suing the BASF-distributor-farmer-trader chain.

Crop Science Division of BASF saw EUR 5.4 billion in sales in 2014 across the world. Around 9% of the sum was allocated to further research in crop science.

UKRAINE UNDER DUTY-FREE QUOTAS SUPPLIES 2,900 TONNES OF SUGAR TO EU SINCE EARLY 2015 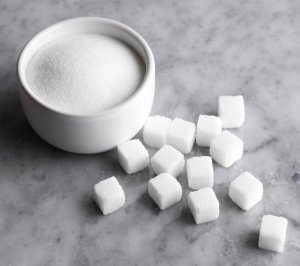 As reported, the European Commission in October 2014 extended tariff quotas for Ukrainian agricultural products until December 31, 2015. In particular, tariff quotas, approved by the European Union from April 23, 2014, were extended until the end of 2014. Similar quotas were stipulated for 2015. 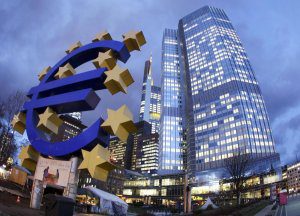 KYIV. April 15 (Interfax-Ukraine) – The European Bank for Reconstruction and Development is mulling the possibility of expanding its presence in Ukraine’s banking sector, a representative of the National Bank of Ukraine (NBU) has said.

It could be investment in one private bank and one state-run bank, director of the NBU’s international relations department Serhiy Kruhlyk said.

“It’s the best timing for entering,” he told reporters on Wednesday.

However, he did not provide any further details.

The press service of the Kyiv office of EBRD did not comment on the information.

The EBRD is the largest international financial investor in Ukraine. As of March 1, 2015, the Bank had a total cumulative commitment of EUR 10.9 billion in 344 projects in the country.

The EBRD holds 15% stakes in UkrSibbank and Megabank.

As reported, in March 2015, it was announced that EBRD, which held 15.2169% in ProCredit Bank (Kyiv), would withdraw from the structure of the bank’s shareholders.

In March it was reported that Austria’s Raiffeisen Bank International AG is holding negotiations with the EBRD to involve the bank as a co-investor in Raiffeisen Bank Aval.

Kruhlyk told reporters that a foreign investors want to buy a bank in Ukraine.

“Yesterday an investor arrived: he is buying one of the Ukrainian banks. Foreign investor… He said that he wants to develop a specific business there,” he said.

Kruhlyk said that the foreign investor has relatives from Ukraine.