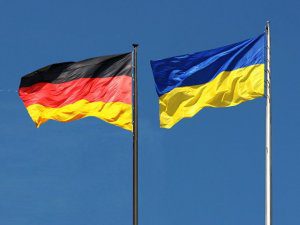 Yatseniuk noted the importance of Germany’s assistance in carrying out economic reforms in Ukraine, the press service of the Cabinet of Ministers of Ukraine reported.

“Ukraine is facing incredible challenges. We appreciate Germany’s support to the Ukrainian economy in making it stronger and stronger,” he said. 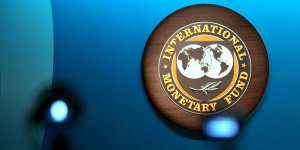 KYIV. Oct 5 (Interfax-Ukraine) – The mission of the International Monetary Fund (IMF) visited Kyiv during September 22 – October 2 and decided to continue discussions with Ukraine on the second review under the Extended Fund Facility Arrangement (EFF) in support of the authorities’ economic reform program, IMF said in a press release.

“The mission held constructive discussions with the authorities on policies needed to complete the second review under the EFF arrangement. Understandings were reached on most issues. However, as the authorities still need more time to fully flesh out their policy proposals for 2016 in some areas, discussions will continue in the coming weeks,” reads the press release, citing IMF mission chief for Ukraine Nikolay Gueorguiev. 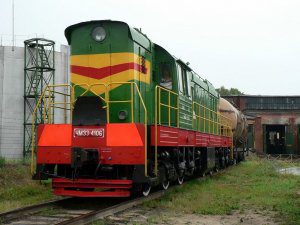 KYIV. Oct 5 (Interfax-Ukraine) – Ukrainian Prime Minister Arseniy Yatseniuk has said that the government is providing UAH 1 billion for the needs of the State Railway Administration of Ukraine (Ukrzaliznytsia) by the end of this year.

“The general investment plan of Ukrzaliznytsia was UAH 2.4 billion. We add another UAH 1 billion by the end of this year. UAH 1 billion will be sent to buy new tracks, repair existing rolling stock and buy diesel trains,” the prime minister said on Saturday in Chernivtsi during the ceremony to launch the regional express train from Chernivtsi to Lviv, the government’s press service has reported. 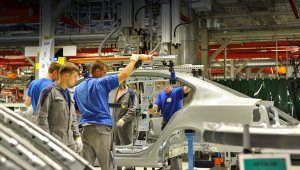 KYIV. Oct 5 (Interfax-Ukraine) – New car sales in Ukraine (including light commercial vehicles) in 2016 could total 45,000-50,000 units against the expected sales figure of 40,000 units, director for the development of AIS group of companies Serhiy Borovik has said.

“Our expectations for the next year are as follows: if the hryvnia to U.S. dollar exchange rate is at the promised level of UAH 23 per $1 and GDP growth stands at 2%, we expect the market to reach 45,000-50,000 cars against 40,000 cars expected this year,” he said at a press conference.

Borovik said that in comparison with 2014 (when about 99,000 passenger and commercial cars were sold) the car market this year will be reduced by 55-60%.

Borovik stressed that for an objective assessment of the car market to be ensured the passenger and commercial cars segments must be combined.

“The concept of commercial vehicles today includes such cars as, for example, Fiat Doblo or Renault Kangoo. But these are conventional passenger cars, while in analytical statistics they are mentioned as commercial,” the expert said.

According to CEO of the Ukrainian Association of Auto Importers and Dealers (VAAID) Oleh Nazarenko, taking into account the cancellation of special duty on imports of passenger cars with petrol engines of 1-2.2 liter and a number of other factors, a small revival in the car market should occur in the fourth quarter. 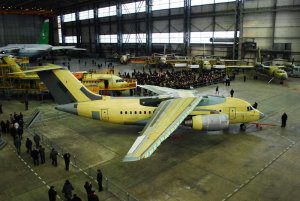 KYIV. Oct 5 (Interfax-Ukraine) – The Economic Development and Trade Ministry of Ukraine has proposed that a possibility of selling a minority stake of shares in Antonov State Enterprise to a foreign strategic investor to promote the company to the competitive global markets is considered.

This is stipulated in the analytical report “Top 100 largest state enterprises” published on the ministry’s website.

The ministry said that the sale of shares in Antonov could attract investment, which could also come from the state via the increase of the share capital or the long-term loan on the beneficial conditions.

According to the report, the company should change the marketing strategy to improve sales of Ukrainian aircraft on the global market, including the search for new opportunities of leasing and expansion of the servicing change of the company in the world.

The ministry said that the stable inflow of new orders would help saving funds thanks to growth of production and improve the financial state and liquidity of Antonov.

The ministry said that the reduction of production could be overcome thanks to the creation or expansion local production facilities (own or via investment in other state enterprises, for example, Pivdenmash) and the attraction of foreign (not Russian) suppliers.

The ministry said that Antonov could optimize expenses thanks to abandoning non-profile assets and the revision of the model range of aircraft with the purpose of focusing on promising models, including An-158 and potentially An-178 and An-70. 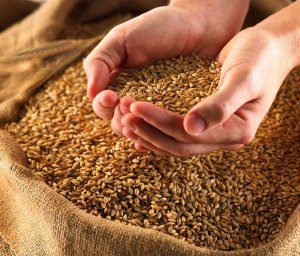 KYIV. Oct 2 (Interfax-Ukraine) – As of October 1, Ukraine had exported 5.452 million tonnes of wheat, according to the website of the Agricultural Policy and Food Ministry.

As reported, the agricultural ministry forecasts that grain exports in the 2015/2016 marketing year (July-June) will reach 36.8 million tonnes. The harvest in 2015 will be 58-60 million tonnes.