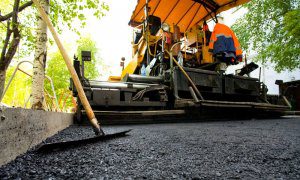 IVANO-FRANKIVSK. Oct 22 (Interfax-Ukraine) – Ukrainian President Petro Poroshenko has said that construction of new high-quality roads in Ukraine with the involvement of funds of foreign partners is essential for the country.

“We’ve forgotten how to build roads, asphalt plants stopped and do not operate, there is no asphalt, stones. They forgot how to hold tenders, as they worked only if it was possible to steal money. We should see new contractors who can show both good quality and terms and the competitive price,” the president said during his visit of the section of the Mukacheve-Lviv (H-09) highway in Ivano-Frankivsk on Wednesday.

He said that Ivano-Frankivsk region should become the proving ground of how to build roads in Ukraine.

“Later, you know that now roads are being built in Zakarpattia and in Lviv region, we would speak about Central Ukraine and we will restore infrastructure of Donbas and build roads there, including using the funds of foreign partners,” the president said. 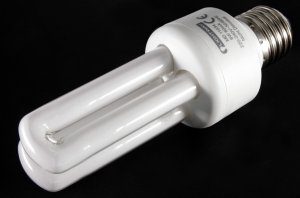 KYIV. Oct 22 (Interfax-Ukraine) – A first production line to recycle mercury-containing light bulbs in Ukraine was launched in Lviv at the city’s combined heat and power plant on October 20, 2015, the press service of Lviv City Council has reported.

According to the report, the launch of the production line is foreseen in the project on the creation of the municipal electric and electronic equipment waste disposal system in Lviv which is being realized with the financial support of the EU.

It is planned to provide EUR 1.3 million of financing for the project, and the mercury-containing light bulb recycling line cost EUR 700,000.

“Only two persons will work at the line, as it is fully automated, and two persons have been already trained,” Project Coordinator Oksana Viytyk said.

According to the report, the capacity of the production line is 500 tube mercury-containing light bulbs or 800 compact fluorescent light bulbs (CFLs) per hour, which would allow providing the services to the whole western Ukraine. Almost all elements received after bulb recycling can be used as recycled materials.

Waste bulbs will be collected from households using two mobile pick-up centers which have already been bought. 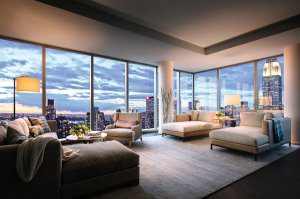 KYIV. Oct 21 (Interfax-Ukraine) – Investment in luxury real estate in Kyiv on the transactions of Blagovist and Park Lane real estate agencies, part of First Realty Group (all based in Kyiv), in September 2015 increased by 81% compared to August 2015, to $6.88 million, which accounts for 23% of total investment in real estate in the past month.

Park Lane said, with reference to its analytical center, that this data includes the calculation of the cost of a transaction in the national currency at the average exchange rate to the U.S. dollar on the day of the transaction.

“After August holidays activity in the real estate market in Kyiv in September invigorated significantly. This allows us to talk about the successful start of a new business season, as well as positively estimate the prospects of the expensive real estate market,” Park Lane CEO Viktoria Barabash said.

She also added that there are prerequisites for the tendency to increase the activity of buyers in October and November to continue in the real estate market in Kyiv, but the pace of growth may slow down.

According to the agency, the share of transactions in elite real estate in the capital, including facilities with a cost from $250,000, in the total volume of First Realty Group operations in September 2015 grew to 7% against 4% in August 2015. 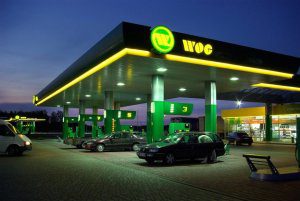 He said the company now holds 6.8% of the market, whereas a year earlier its share was 5.2%. 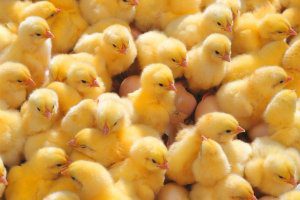 KYIV. Oct 21 (Interfax-Ukraine) – Myronivsky Hliboproduct (MHP) sold 150,260 tonnes of poultry to third parties in July-September 2015, which is 4% up year-over-year, the company said in a report on the website of the London Stock Exchange (LSE).

Due to significant depreciation of the local currency, domestic demand for chicken meat has increased,  which also occurred as a result of consumers’ trade down from more expensive meats (pork and beef) to more affordable ones. MHP’s domestic sales volumes in Q3 and 9M 2015 increased by around 15% and 4% year-on-year respectively.

During the third quarter of 2015 chicken meat exports were 22% lower than in Q3 2014 and constituted 34,585 tonnes mainly due to decreased exports to the CIS region in Q3 2015 compared to the same period last year. During the first nine months of 2015, poultry export sales remained relatively stable at 100,600 tonnes compared to 102,145 tonnes.

MHP continues to follow its strategy of diversified export markets and is seeking new business opportunities in Asia, the Middle East and Africa by building-up export volumes of chicken meat.

The average chicken price in Q3 2015 remained stable compared to Q2 2015 but at the same time increased by 25% year-on-year to UAH 27.62 per kg (excluding VAT) predominantly due to the Ukrainian hryvnia depreciation.

MHP is the largest poultry producer in Ukraine and is also engaged in the production of grains, sunflower oil, and meat. 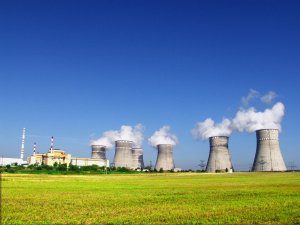 KYIV. Oct 21 (Interfax-Ukraine) – Energoatom has already spent $567 million of its own funds on the integrated (consolidated) program to improve the safety of power units at Ukrainian nuclear power plants (NPP), the deputy director for investment and long-term development at the enterprise, Hryhoriy Plachkov, has told reporters.

The company used international organizations’ funds to only pay for a consultant to assist in the project implementation and the 1% commission of the bank. Energoatom plans to use EUR11-13 million by the end of 2015, in 2016 – another EUR125-160 million.

Plachkov also said that the interest rate on a EUR 300 million loan from the EBRD is Libor plus 1, and the rate on a loan from the European Atomic Energy Community (Euratom) will be determined separately for each used tranche of EUR50 million.

“Believe me there is no cheaper credit money in the world divided into such a period,” he said, adding that the repayment of interest on the loan servicing and repayment will be made at the expense of the company’s tariff for electricity sales.

According to him, Energoatom intends to recalculate the total cost of financing the program in the first half of 2016.

“We intend to revise the total cost of the program. The company is working to clarify the overall figures. I think we’ll know them in the first half of 2016,” he said.