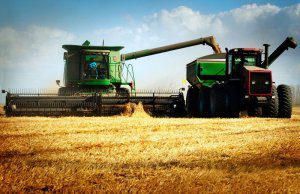 KYIV. June 17 (Interfax-Ukraine) – Ukraine has exported 33.494 million tonnes of grain since the beginning of the current 2014/2015 marketing year (MY), which is higher than last MY’s historic record of 32.3 million tonnes, according to Ukrainian Agrarian Policy Minister Oleksiy Pavlenko.

“Over this marketing year, grain exports have reached a record high of 33.494 million tonnes. Ending stocks were almost 3.5 million tonnes bigger than in the previous year,” he said at a government meeting on Wednesday.

Concerns that the sowing campaign would fail were unfounded, he added.

ENERGOATOM TO RAISE EUR11.6 MLN TO PURCHASE EQUIPMENT FOR UNIT 6 AT ZAPORIZHIA NPP 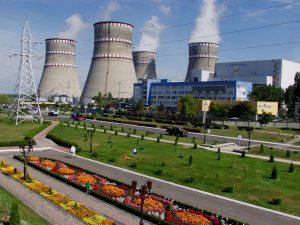 KYIV. June 17 (Interfax-Ukraine) – State enterprise Energoatom has announced a tender to open a credit line worth EUR11.574 million to finance the supply of SHEM-M drives and special tools for the sixth power unit at Zaporizhia nuclear power plant (NPP).

According to an announcement in the public procurement bulletin, the deadline for filing applications to participate in the tender and opening bids is July 7, 2015.

Loan funds will be raised for six years from the date of signing a loan agreement. The expected value of the purchase is UAH 102.582 million.

As reported, in October 2014 a contract was signed for the supply of SHEM-M electromagnetic upgraded stepper drives produced by Skoda for power unit No.6 of Zaporizhia NPP. The document follows the successful operation of similar drives at power unit No. 3 at Rivne nuclear power plant and block number 1 at Zaporizhia NPP. SHEM-M drives are also successfully operated at blocks numbers 1, 2, and 3 at Yuzhnoukrainsk nuclear power plant.

Previously, Energoatom repeatedly raised loans from Czech Export Bank to finance the purchase of Skoda equipment for its NPPs. 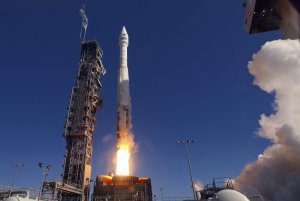 KYIV. June 16 (Interfax-Ukraine) – Dnipropetrovsk-based state-run Pivdenne design bureau is in talks with European companies on the development of partnerships, and has linked the scale of the presence of Ukrainian rocket and space enterprises on the EU market with Ukraine’s membership of the European Space Agency.

Speaking about potential cooperation with the EU, Director General of Pivdenne design bureau Oleksandr Dehtiariov said that there are limits on the participation of the Ukrainian rocket and space sector in European space projects.

“The participation of the ESA’s non-member states in European space projects is strictly limited by a number of European rules and restrictions,” he said.

As Dehtiariov explained, Pivdenne design bureau has managed to establish cooperation with EU countries mainly in two areas: production and maintenance of upper-stage engine of a new European light-class Vega launch vehicle (LV), as well as joint research projects within EU framework programs. In particular, he said Pivdenne design bureau currently participates in EU research initiatives, including the creation of new types of thermal protection for reusable space vehicles; development of new methods of disposal of debris; exploration of new structural materials based on carbon fiber.

Dehtiariov said the bureau is not satisfied with what has already been achieved: the company is holding talks with private European companies on possible cooperation in new promising directions. Among them is the creation of engines for re-usable space vehicles, the creation of a small platform-carrier for nano satellites, and orbit-to-orbit space service studies, he said.

“The prospects of cooperation with European partners in the creation of the newest complex for production of elements of space vehicles and rockets from carbon-phenolic materials for Ukraine and the development of cooperation in 3D printing area should be pointed separately,” he said.

Among the promising and mutually profitable directions of cooperation between Ukraine and the EU in the rocket and space sector, which Pivdenne design bureau is ready to offer, are the design and production of oxygen-kerosene engines for promising European vehicle carriers, production of their elements in Ukraine at competitive prices and the designing of platforms of small spacecraft for scientific, technological and Earth remote sensing missions, Dehtiariov said.

“However, the participation of Ukraine in European space projects mainly depends on Ukraine’s joining the European Space Agency,” he said. 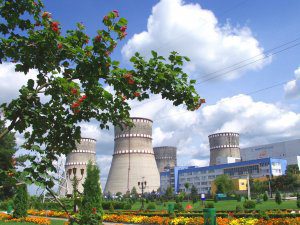 “Even Energoatom requires private investment, although control over nuclear security issues with a lot of many specific requirements should be retained during the management. Some shares could be sold to have a new and more effective owner who will help managing the asset. In the medium term outlook an international consortium to manage Energoatom with European and/or U.S. investors could be created,” he said in an interview with Forbes Ukraine.

He said that foreign investors are interested in Ukrainian energy, including electricity generation.

“There is a chance of realizing unique projects in the hydro-power sector… However, this is the prospect of not the coming year. The political situation in the country should stabilize,” he said.

Energoatom is the operator of all four Ukrainian-based operating nuclear power plants, which have 15 VVER reactors with an overall generating capacity of 13.835 gigawatts. 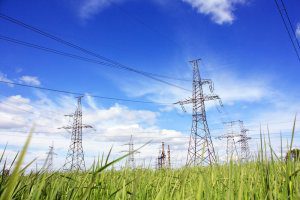 He said that the company’s financial plan for 2015 approved by the Cabinet of Ministers on May 20, 2015 foresees net profit of UAH 35 million. Revenues are planned at UAH 4.245 billion and expenses – at UAH 4.21 billion.

“The sum of expenses mainly depends on the non-operation exchange rate difference, which was calculated using the expected change of the U.S. dollar and euro exchange rate to the hryvnia during the year,” Kasich said.

The company plans to send UAH 109 million in taxes and other mandatory payments to the national and local budgets.

He said that Ukrenergo saw UAH 1.2 billion of net loss with the planned net profit of UAH 1.5 million. Losses attributable to the hryvnia devaluation totaled around UAH 2 billion.

Ukrenergo operates Ukraine’s backbone and interstate transmission lines, as well as supervising the country’s national grid. It is a state-owned company and is controlled by the Ukrainian Energy and Coal Industry Ministry. 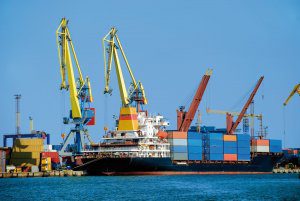 KYIV. June 16 (Interfax-Ukraine) – The Infrastructure Ministry of Ukraine is to sign a memorandum of intent with a global grain market player, France’s Soufflet Group, on June 19 to invest in the development of Ukrainian port infrastructure.

The ministry’s press service reported that representatives of Soufflet Group expressed their readiness to invest in the development of Illichivsk maritime merchandise port (Odesa region) and by signing the memo the investor would prove its plans to realize an investment project for port in the coming years. The details have not yet been disclosed.

Illichivsk maritime merchant port is a universal international port, one of the biggest on the Black Sea. Its annual handling capacity is upwards of 30 million tonnes of cargo. It has specialized terminals and complexes that handle a wide range of cargo – liquid, bulk, and general. The port’s 29 berths allow ships with a tonnage of up to 100,000 tonnes to be handled. The port’s annual projected capacity exceeds 30 million tonnes.

Soufflet Group is one of the largest malt producers in the world.