COMMODITY EXCHANGE SHOULD BE CREATED IN UKRAINE – AGRICULTURE MINISTER 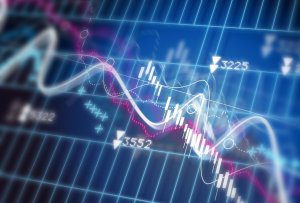 KYIV. Oct 20 (Interfax-Ukraine) – Agricultural Policy and Food Minister of Ukraine Oleksiy Pavlenko has said that a commodity exchange should be launched in Ukraine.

He said that the top managers of Chicago Mercantile Exchange (CME), a trading leader, recently visited Ukraine and analyzed the creation of a commodity exchange in Ukraine and the guarantees for its efficient functioning.

“After the meeting it was decided to create a working group to launch the commodity exchange. I’m sure that this step would promote the development of the agricultural sector and the Ukrainian economy in general,” he said.

Pavlenko said that the creation of a commodity exchange would strengthen Ukraine’s economic position in the world. 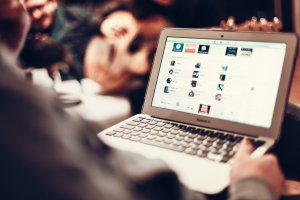 KYIV. Oct 20 (Interfax-Ukraine) – The Delegation of the EU to Ukraine has launched the UopenEU information project on Twitter, Facebook and VKontakte to publicize the new opportunities that Ukrainian business will be able to exploit after the Deep and Comprehensive Free Trade Area (DCFTA) between Ukraine and the European Union is launched.

“Look up the UopenEU pages… for interesting and up-to-date information, which could help you in developing your own business on the united European market: comments from Ukrainian and international experts, government officials, EU representatives, businessmen and activists; histories of successful Ukrainian companies that are trading with European countries; startups drawn up and protected under international standards, new rules of real competition, access to public procurement in EU member [states], trade quotas free from competition and the fight for increasing existing ones,” the Delegation of the EU to Ukraine said in a press release.

According to the report, after the DCFTA is launched on January 1, 2016 Ukraine will see changes in every area of trade relations with the EU: from re-equipping production facilities, toughening the requirements on the quality and safety of products, and increased protection of intellectual property, to changes in accounting and reporting.

“The result of the above-mentioned changes would be approaching Ukrainian business to the united European market with over 1.5 billion consumers, with one of the largest buying powers in the world,” the Delegation of the EU to Ukraine said.

POROSHENKO: TASK OF POWER AND BUSINESS IS TO RESTORE RIVER FLEET IN UKRAINE 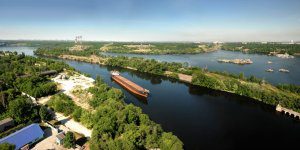 KYIV. Oct 19 (Interfax-Ukraine) – President of Ukraine Petro Poroshenko during his working visit to Mykolaiv region has stated about the importance of river navigation restoration.

According to the presidential press service, he visited the Nibulon ship building and repair plant, where took part in activities for the revival of navigation on the Pivdenny Buh River.

“The launch of the first vessel and new cargo ships was carried out during a solemn ceremony,” reads a posting on the presidential website.

“Today I’ve set the task to restore the river fleet – the only way to ensure the growth of Ukraine’s export potential and increase the competitiveness of Ukrainian products,” Poroshenko stressed.

The president noted that the revival of Ukraine depends on the activities of such companies as Nibulon.

“Such Ukrainians support the state. We restore the economy, production and industry. It’s nice to be among you. This is another important victory, an important stage in the revival of Ukrainian shipbuilding,” Poroshenko said. 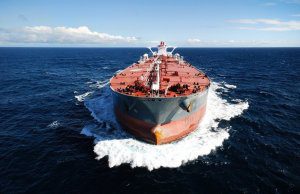 The company said in a press release that the next batch of cake – 12,000 tonnes – will be shipped in late October.

In addition, in coming days the company plans to export 20,000 tonnes of Ukrainian sunflower oil to India.

As reported, Allseeds Group in July 2015 launched the first line of the oil crushing plant at Yuzhny port in Odesa region with a capacity of 2,000 tonnes of oilseeds a day. By 2021, the plant’s capacity is to be expanded to 10,000 tonnes a day by the construction of the second and third lines.

Allseeds intends to deal with grain trading and is mulling the possibility of investing in the port grain terminal.

Allseeds was created in the second quarter of 2010 as a result of the purchase by the Allseeds management of a controlling stake in the business based on trading activity. After attracting foreign investors (Switzerland, Germany, the Netherlands), the company entered the oilseeds market as a trader. In 2013, it completed construction and opened a terminal for vegetable oil handling with a capacity of 42,000 tonnes in Yuzhny port.

JARESKO CALLS FOR DISCUSSION ON HOW TO REDUCE BUDGET EXPENSES 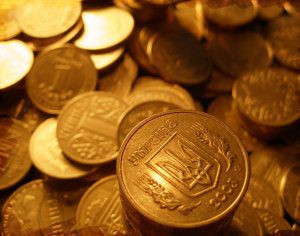 KYIV. Oct 19 (Interfax-Ukraine) – Finance Minister of Ukraine Natalie Jaresko has called on the government and society to discuss how to reduce budget expenses in 2016.

“The ministry is ready to reduce budget expenses, but the issue of what expenses are to be reduced and what should not to be reduced requires serious discussion by the public and it also requires hard political decisions. Today, only tax rates are being discussed, and no one proposes concrete changes to expenses,” she told reporters last week.

Jaresko said that the planned tax reform should not result in the increase of the budget deficit in 2016 compared to 2015.

“The budget deficit of 3.7% of GDP is our benchmark for next year,” she said.

Jaresko said that the structure of consolidated budgets foresees the largest sums for security and defense, servicing of the state debt is second, and social payments, medicine and education is third.

Other tax reform models foresee the reduction of revenues by 25%, but this would entail the necessity of reducing expenses by 25%.

The finance minister presented information from the International Monetary Fund (IMF), according to which over the past 25 years the global economy had only 10 cases when a country cut expenses by over 5%. The average reduction of expenses was around 9%.

“To cut revenues by one fourth as some options of the reform propose and not to cut budget expenses is suicidal for our country,” she said.

Jaresko said that this would mean the termination of cooperation with the IMF and forced quantitative easing.

“I remember that the hyper-inflation of early 1990s was caused by this approach,” the minister said.

Jaresko believes that the simple reduction of tax rates would not give momentum to Ukraine’s investment attractiveness.

She also said that the IMF insists on reducing the budget deficit in 2016 to 3.7% of GDP from 4.1% of GDP in 2015 and refuses to agree to any tax reform without realistic compensators of the reduced budget revenue. 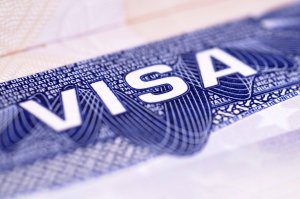 KYIV. Oct 19 (Interfax-Ukraine) – Ukraine’s President Petro Poroshenko has said that he will meet with the leaders of the parliamentary factions and hold a meeting of the National Reform Council next week to discuss the implementation of measures required to secure a visa-free regime with the European Union.

“Look at what is happening. I believe that we need to meet with leaders of parliamentary factions and hold a meeting of the National Reform Council next week to address the implementation of all the necessary changes,” he said in an interview with Ukrainian TV channels on Sunday evening.

Poroshenko said that the latest Ukraine-EU summit made it clear that no political obstacles remain to granting a visa-free regime with the EU to Ukraine, but technical issues are still a problem.

“On the one hand, the government submitted the necessary draft bills but there is no consensus in parliament… We need to reach the compromise urgently. And I hope that parliament will finally make this step and vote for the laws needed for the visa-free regime,” Poroshenko said.

He added that it is necessary to fulfill all the tasks that are beyond the competence of parliament, including combating corruption.