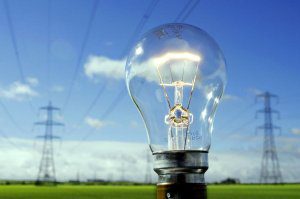 “He held talks with Lithuania, Belarus and Moldova… I’m sure that it will resume electricity exports from April, maybe even from March,” he said at a meeting of the profile parliamentary committee.

Earlier Deputy Energy and Coal Industry Minister of Ukraine Oleksandr Svetelik said that Ukraine could resume exports of electricity to Belarus and Moldova from April 2016.

At present Ukrainian exports electricity only from the Burshtyn Energy Island. 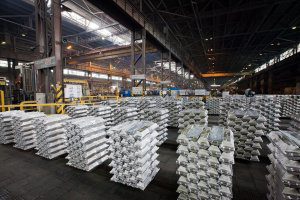 According to customs statistics made public by the State Fiscal Service of Ukraine, during this period imports of bauxites in monetary terms increased by 39.8%, to $20.071 million.

In January this year, Ukraine did not re-export aluminum ore and concentrate.

Bauxite is aluminum ore used as raw material in the production of alumina and aluminum. It is also used as flux in ferrous metallurgy. 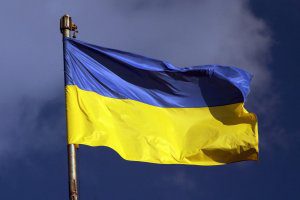 KYIV. Feb 8 (Interfax-Ukraine) – The worsening of the political situation in the country, delay in reforms and retaining corruption are a threat of further worsening of the economic situation and the loss of trust of international donors, according to the statements of the European Business Association (EBA) and the Ukrainian League of Industrialists and Entrepreneurs (ULIE) issued on Thursday in response to the resignation statement of Ukrainian Economic Development and Trade Minister Aivaras Abromavicius made on February 3.

“Investors consider this latest political drama as an appalling symptom, which is likely to have very negative repercussions,” the EBA said, pointing that business has lost trust to actions of authorities.

“We’re alarmed at a new portion of political statements around the government and parliament showing that there is no consolidated position in the top state management, a lack of trust between the different branches of power, the inability to work jointly on finding the way out of the social and economic crisis and further development of the Ukrainian economy,” the ULIE said in a statement.

The associations said that Ukraine urgently needs reforms, constructive and consolidated efforts of the president, parliament and cabinet.

“Ukraine’s economy is undergoing challenging and turbulent times… Failure to mount a comprehensive fight against corruption will further worsen Ukraine’s situation if the authorities once again fail to implement serious changes. With Ukraine being dependent on international support and financial aid, cooperation with the IMF is at risk unless the political leadership shows tangible commitment to fighting corruption,” the EBA said.

The association urges Ukraine’s leaders to take action, to transparently and independently investigate all accusations that are being voiced, to finally enforce a zero tolerance stance on corruption and carry out vital structural reforms and protect investor-friendly technocratic reform leaders with support of the business community.

“…a technocratic government is required that would work on the plan how to withdraw from the crisis, that would be responsible for achievement of concrete results in the set terms and that would give up the principles of personal party allegiancy… The modern government must be renewed and strengthened thanks to responsible and active professionals,” the ULIE said, citing its head Anatoliy Kinakh. 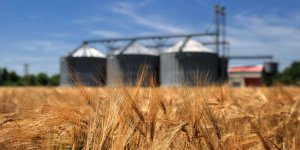 President of the Ukrainian Grain Association Volodymyr Klymenko said at a press conference in Kyiv on Thursday that 180,000 tonnes of wheat flour and 1,600 tonnes of other flour were exported. Exports of grain and flour reached 24.092 million tonnes.

Director of Millers of Ukraine association Rodion Rybchinsky said that Ukrainian millers received a first quota from the EU that is separate from grain traders.

“Yesterday first a Ukrainian enterprise officially received a quota of 5,000 tonnes to export flour to the EU without duties,” he said.

Rybchinsky said that there is a common quota for supplies of wheat and wheat flour to the EU of 900,000 tonnes, which grain traders used by the middle of summer without millers. Before 2016, flour almost was not shipped to Europe.

“There was a certain scheme for operation. Several companies worked out technological and logistic processes and this year received first quotas… Now three more companies are passing the same process to receive the quota of some 15,000-17,000 tonnes,” he said.

However, the general average cost of exports contracts fell by 20% compared to 2014.

“If Israel and Moldova are permanent importers of Ukrainian flour, North Korea, Panama, Philippines and Indonesia are considerably boosting exports – by 1.5-2 times compared to 2014,” he said.

UKROBORONPROM WORKING ON PROJECT TO CREATE UCAV COMPLEX FOR MILITARY 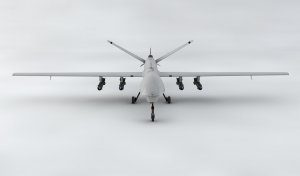 KYIV. Feb 5 (Interfax-Ukraine) – The Ukroboronprom State Concern is working on a project to create an unmanned combat aerial vehicle (UCAV) complex, the press service of the Ukroboronprom reported on Thursday, citing Deputy Director for Aircraft Building and Production Yuriy Paschenko.

“We’ve proposed to the Defense Ministry to create UCAVs that are able to destroy an enemy’s tank, for example,” he said.

He said that the main task of the UCAV will be delivery of the missile to the target, while the UCAV could be also used by intelligence.

Depending on the combat task, the UCAV will be equipped with various combinations of missiles and electronic equipment, Paschenko said.

The design of the new UCAV will be created in 2016 and designer’s documents in 2017, the Ukroboronprom said. 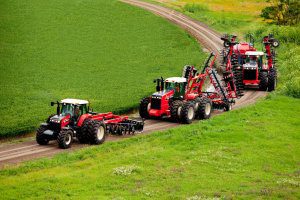 KYIV. Feb 5 (Interfax-Ukraine) – Lozova Machinery, the agricultural machinery brand manufactured at Lozova Forging-Mechanical Plant (Kharkiv region), plans to start bulk production of the Harvester trailer with a dump body as part of joint production created with one of the leading manufacturers of trailer for farmers in Britain Larrington Trailers.

The press service of the UPEC Group, which incorporates Lozova Forging-Mechanical Plant, reported that the two-axle trailer with a carrying capacity of 18 tonnes will transport and unload grain, edible roots, ensilage and other cargos. The trailers can be used with 150 hp and more powerful tractors.

The Harvester will be the first in the line of trailers which production will start in Ukraine in the future.

The first sample made in Ukraine will be exhibited at the Grain Tech Expo 2016 in Kyiv on February 10.