The Ministry for Regional Development, Construction, Housing and Utilities

On January 20, 2016, the building of the Ministry for Regional Development, Construction, Housing and Utilities housed an official ceremony of signing a memorandum of cooperation to develop and implement a social and economic project of joint action “Bila Tserkva Development Strategy.”

This document outlines an agreement on cooperation between Bila Tserkva’s local authorities, the public and the business community in the implementation of the strategy for the development of the town of Bila Tserkva until 2025. The implementation of this strategy should contribute to the successful and sustainable operation and development of the town, which could become a successful combination of progressive civil society and effectively used human resources to build a modern management system, reactivate entrepreneurial activity, and create a comfortable and high-quality urban environment for local residents of Bila Tserkva and visitors.

“Businesses, the public as well as experts from Poland are being engaged in the development of this strategy, therefore it will be based on the standards that have already proven their effectiveness in European countries. The town will thus get a document that opens opportunities for further development, attraction of investment, creation of jobs, and improvement in the quality of services provided to residents. It is impossible to develop without a strategy, therefore every community that thinks about its future should have such a document,” First Deputy Minister for Regional Development, Construction, Housing and Utilities Vyacheslav Nehoda said during the ceremony of the signing of the memorandum.

“It’s not very hard to develop a strategy, it’s much harder to follow it. We will develop this document jointly with the residents of the town, so it is important not to betray the trust of the people during its implementation,” Tomáš Szuba, an authorized person of the European Innovation Centre (Poland), said.

Bila Tserkva Mayor Hennadiy Dykyi assured in turn that the strategy would be developed with the involvement of the public, entrepreneurs and experts to become an effective tool to develop the town.

The memorandum of cooperation was signed by Bila Tserkva Mayor Hennadiy Dykyi, First Vice President of the Ukrainian League of Industrialists and Entrepreneurs Vasyl Khmelnytsky, representatives of the following NGOs: GoLocal, Bila Tserkva. Tomorrow, the Center for Community Development, the Smart City public council, representatives of such charitable funds as Ruh Molodi Foundation and K.Fund, and authorized person of the European Innovation Centre Tomáš Szuba. 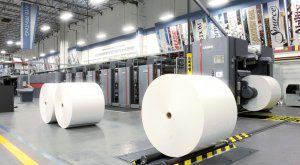 KYIV. Jan 22 (Interfax-Ukraine) – Kyivsky cardboard paper mill (Obukhiv, Kyiv region), a leader in Ukraine’s pulp and paper industry in terms of production and sales, produced goods worth UAH 3.857 billion in 2015, which is 53.7% up on the figure for 2014.

Kyivsky cardboard paper mill is one of the largest cardboard and paper producers in Europe. It mainly produces goods from wastepaper. Its capacity for processing wastepaper exceeds 850 tonnes a day. The mill exports its products to CIS states and other countries.

EP WELCOMES FIRST STEPS OF GEORGIA, MOLDOVA AND UKRAINE ON IMPLEMENTATION OF AGREEMENTS WITH EU – RESOLUTION 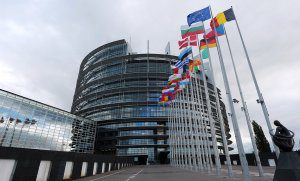 BRUSSELS. Jan 22 (Interfax-Ukraine) – The European Parliament on January 20 adopted a resolution welcoming the progress of Georgia, Moldova and Ukraine in implementation of association and deep and comprehensive free trade agreements (AA/DCFTAs) with the EU highlighting remaining reform tasks for each country.

According to a press release posted on EP website, success of Georgia, Moldova and Ukraine becoming closer to political and economic integration with the European Union “depends on many factors, including stable and economic situation, strategic thinking, definite reform planning and proper use of international financial and technical support.”

MEPs also pointed out that still EU financial support must be matched by concrete progress on reform.

Besides, the EP condemned Russia’s suspension of its free trade agreement with Ukraine at the very moment when the EU-Ukraine free trade deal entered into force.

They deplored the “heavy trade restrictions” on Ukraine’s exports to Russia, voice concerns about Ukraine’s economic and financial standstill and repeat the need for further EU financial assistance.

They called on EU member states to avoid building new gas pipelines from Russia that bypass Ukraine, such as “Nord Stream II”, reads the document.

In a resolution MEPs said they expect Ukraine’s leadership to fulfill its commitments to fight “endemic” corruption, which, they say, remains the biggest challenge to its reform efforts.

The MEPs pointed out that Georgia’s exports to the EU rose by 15%, and Moldova’s by 62% in the first year, and said they expect to similar growth in those from Ukraine. 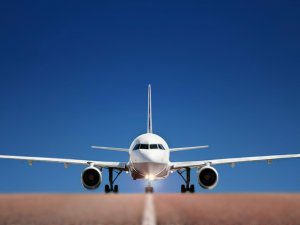 The new company’s charter capital is UAH 50,000, according to the register.

Online portal forbes.ua reported that the company is now undergoing the required procedures to obtain certificates from the State Aviation Service of Ukraine. It may launch flights in summer.

The company’s core business will be charter flights, in particular, to Turkey, Egypt, Montenegro, Croatia, Albania, and Greece.

Its fleet is planned to be originally formed from two or three medium-ranged Boeing aircraft. Their base airport will be Kyiv’s Zhuliany airport.

Shamenko told forbes.ua that investment in the project was planned at $15 million, the payback period is three years.

Avanesov said in turn that the investment would be made by a holding from Singapore whose name is not disclosed. 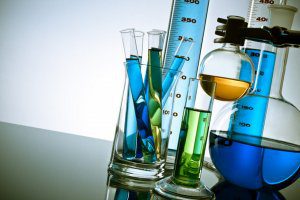 KYIV. Jan 21 (Interfax-Ukraine) – U.K.-based Crown Agents, acting as a specialized organization within the meaning of the Law of Ukraine on public procurements, has called a tender to buy laboratory reagents in Ukraine, the company said in an announcement on its website.

“Following our contract with Ukraine’s Ministry of Health signed on November 6, 2015, to supply oncology pharmaceuticals and other related medical items, we launched our third and last international tender for year 2015’s budget on Monday, January 18, 2016,” it said.

Other chemicals that are being tendered are laboratory reagents or immune-histological diagnostics of children malignant neoplasms.

Bidders may bid for one or more items, the company said. Bids will be evaluated on an item by item basis. If a bidder submits the most competitive bid for multiple items, negotiations will be held with the successful bidder to reduce freight costs through consolidation.

The goods are for use in Ukraine by the Ministry of Health and its recipient hospitals. 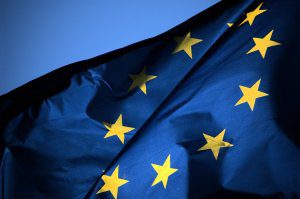 BRUSSELS. Jan 21 (Interfax-Ukraine) – The European Commission has said it hopes soon to give a positive recommendation for cancellation of visa travel regime with EU for Ukraine and in 2016 build on current support programmes to improve the business climate, provide support to small and medium-sized enterprises, and help Ukraine find new markets.

“In 2016 will be stepping up our efforts to support Ukraine with more co-ordination with EU member states and greater visibility for our work, particularly on implementation of the DCFTA,” said Commissioner for European Neighborhood and Enlargement Negotiations Johannes Hahn at a European Parliament’s plenary session on Wednesday.

He said that for Ukraine the DCFTA can bring significant economic benefits.

“Ukrainian businesses will now receive stable and predictable preferential access to the largest market in the world with 500 million customers. And, EU enterprises will be able to benefit from easier access to the Ukrainian market, though we must help Ukraine develop the right conditions to encourage new business and investment relationships,” Hahn said.

He reminded that over 20 meetings were held in trilateral format to address alleged Russian concerns about the DCFTA implementation. Now, he said, “Ukraine faces a number of measures imposed by Russia impeding trade and transit, and will need our support here too.”

“For its part, Ukraine needs to show it is open for business by aligning with EU standards in key sectors and taking decisive action on rule of law,” the EU Commissioner said.

According to his estimates, despite very challenging circumstances, the Ukrainian government has made progress in implementing the Association Agreement.

In particular, the National Anti-Corruption Bureau and new National Police have started to work; the selection process for an Anti-Corruption Prosecutor has been completed; the government has also adopted a law on the natural gas market, which aims at bringing the gas sector of Ukraine in line with the EU Third Energy Package.

“But we should not underestimate the challenges ahead. The fight against corruption, reform of the judiciary and of the public administration, as well as amendments to the Constitution, particularly the second reading on decentralization, will require courage and political will,” he stressed.